Food is something that not only nourishes our bodies, but it also brings people together. Now, imagine never being able to eat solid food from the day you are born until you are 30 years old! Sounds horrible, doesn’t it? Well, a 30-year-old woman named Fatima, who is from Yemen, has been forced to only eat a liquid diet all of her life because she had a tumor that fused her mouth shut.

Wanting to have a normal life, Fatima consulted with several doctors in her country throughout the years. However, none of them could ever figure out exactly what the problem was or how to fix it. Then, physicians in India were eventually able to diagnose Fatima with temporomandibular joint ankylosis, which is a condition where the face joint gets fused to the skull. In Fatima’s case, there was a tumor on her jaw that caused the medical condition.

Recently, after undergoing a four-hour-long procedure, surgeons were finally able to remove the tumor that was sitting on Fatima’s jaw joint. “Fatima is now able to open her mouth properly and make an appropriate movement of her muscles,” Dr. J. B. Garde, who is a consulting oral and maxillofacial surgeon, said. The doctor also added, “She is now doing fine and has slowly started with semi-solid diet.”

Fatima said she can’t even begin to express how grateful she is that this surgery worked. “I can not wait to go back home and scream my lungs out and tell the world that I can now lead a normal life,” Fatima said. “I can now go out, socialize with people and enjoy small little things in life. I thank the Indian doctors who gave me a new life. 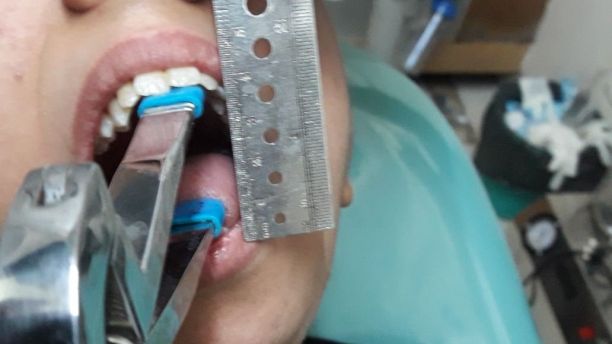 Share this story and pray for Fatima as she continues to recover!