Being a parent is a blessing, but it’s also a lot of work. And, imagine how much harder it is having multiple children all the same age! On top of that, imagine trying to raise 3 young triplets and being a single parent, I bet you’re exhausted just thinking about it! Hayley Arsenault is a single mother of triplet boys from Canada who was in desperate need of help raising her young children. She brought the triplets, Hogan, Rylan, and Finn, home when they were four days old after she had to spend a month in the hospital. Her mother was able to take a few weeks off work to help her out in the beginning, but as Arsenault said, “When the time was coming up for her to return, we started to realize I may need a few extra hands during the day.”

Arsenault knew that she wouldn’t be able to manage everything on her own, so she made the decision to reach out for some help on Facebook. Since the single mother lives in a tight-knit community on Canada’s Prince Edward Island, she was hoping to get at least one response from someone who would be willing to help her out. “I expected some response, but the feedback I received is mind-blowing,” Arsenault said. I started a week-by-week schedule and when volunteers are leaving, they will mark them”selves in for the following week as well.” 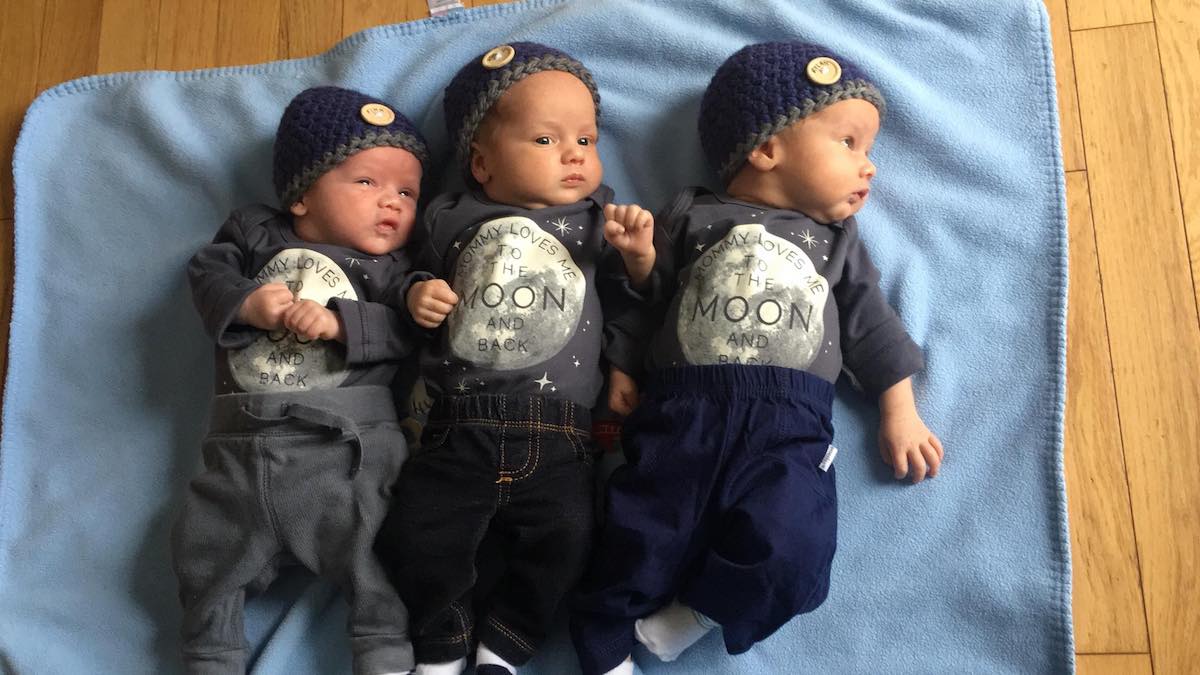 Three of the volunteers who answered Arsenault’s plea were Jenny MacDougall, Alice Mokler, and Anita Arsenault (who is not related to Haley even though they have the same last name). The three women are sisters and loving grandmothers, and now the group all arrives at the house promptly at 9 AM every Wednesday morning where they each care for one baby and catch up. “I don’t see this as a chore in any way,” MacDougall said. “For me, it’s a gift to come here. We chat, we compare the babies. Love every minute of it.” 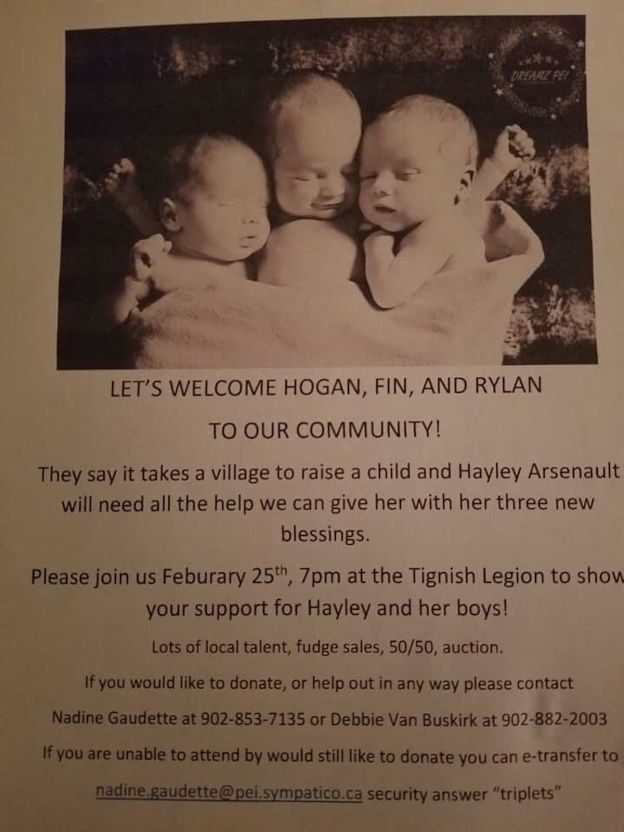 And these sweet grandmas are absolutely loving getting to watch these little ones grow up.  “It takes a village to raise a child and we’re willing to help out,” MacDougall said. When she was asked how she felt about all the help she is receiving from community members, Arsenault said that it “means the world” to her and her family. “My parents are able to go to work during the day knowing we are in good hands and that I am able to get some rest having to be up with the babies by myself at night. We are so thankful for everyone and all they do for us,” Arsenault said. 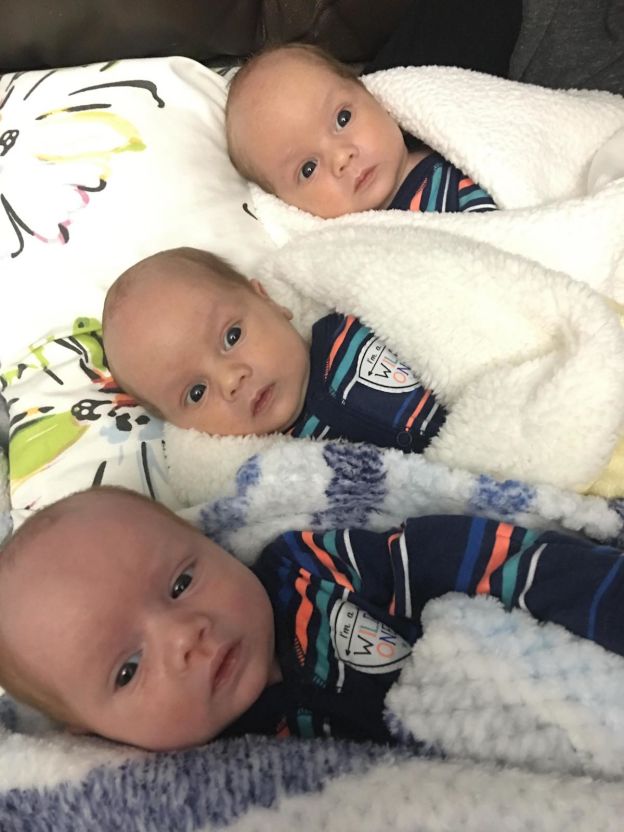 Share this sweet story to inspire your friends to step up & be kind today!