Mothers play one of the most important roles in someone’s life. The gift of life bestowed by God is propagated by the Mothers of this world. Their job is not easy, as looking after another human from the moment they are born and continuing to raise them up in the way of the Lord is no menial task. Single Mothers have it even harder. They sacrifice so much for their children, working long hours to support their family. Things were pretty much the same for Vickie as she raised her son Josh Deshong, who even refers to himself a “troubled youth”. In spite of various ups and downs, his mother never stopped supporting him. People doubted him, even when he was venturing into real estate. But his mother was always there by his side. “When everyone doubted me, and honestly she probably should have doubted me too, she never stopped being there for me,” Josh said while recording a video. “My mom hasn’t had it very easy the past 10, 15 years,” Josh said. “In the past 6 months alone she’s lost her mom and sister.” 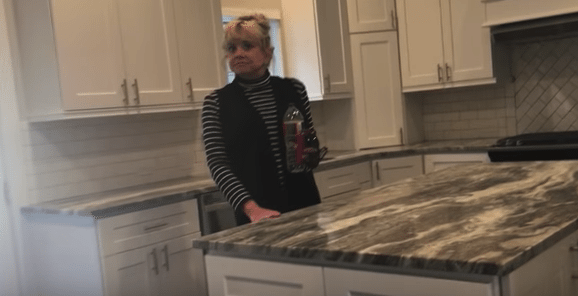 So as a gesture of gratitude and appreciation for all that his mother did for him, Josh prepared a surprise for his hard-working mom. Josh spent one entire year refurbishing a house that had been invaded by mold and bad design. The first thing he wanted to do after completing this project was to show it to his mom. “Wow, this turned out better than I expected,” she said. “This is probably the best house ever,” she said. Vickie was in awe of the beautiful new interiors. It was then that Josh dropped the big news.. that he was gifting this house to his mother. “You don’t ever have to move out of this house. This is your new house,” Josh said. It was such a heartwarming gesture that it moved his mother to tears. Josh tightly hugged his mother as she cried to let her know that he appreciated all that she did for him.

Share this story with your friends who are hard working moms to make them smile today!