We all have a bond with God, the one that guides us all, but this bond is quite fragile sometimes. A strong relationship with God can help us overcome the obstacles in our life more easily. A weak bond, on the other hand, can lead us to lose faith in ourselves and our abilities. The world presents us with opportunities to go astray but we need to hold on to our faith and strengthen this sacred bond.

This struggle of faith is not limited to those commonplace people who engage in 9 to 5 jobs. Even celebrities go through this struggle. Such is the life story of the celebrated pop sensation Katy Perry. The audiences worldwide were introduced to this side of Katy’s life through her therapy session which was streamed live last week.

For those who are unaware, Katy was actually raised in a Christian household with strong religious values. In fact, she started out as a young gospel singer but somewhere along her way to fame and success Katy lost her relationship with God. 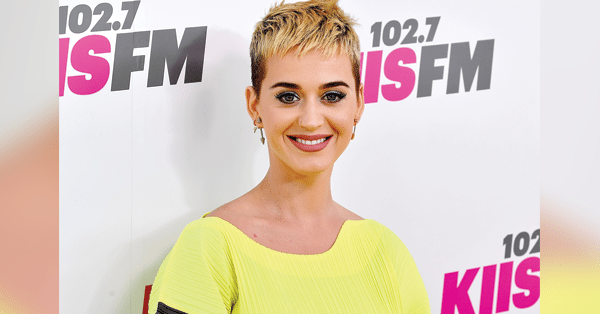 Her therapist, Siri Singh, along with the whole world listened in to the dichotomous life Katy Perry had been leading up until now. In this candid session she revealed her journey from being Katheryn Hudson (her birth name) to Katy Perry (her identity as a pop star).

“I so badly want to be Katheryn Hudson that I don’t even want to look like Katy Perry anymore sometimes — and, like, that is a little bit of why I cut my hair because I really want to be my authentic self,” she explained.

The pop star recently cut her lovely locks and was seen flaunting short hair. This may have been a symbolic gesture which disclosed her crisis.

Her beloved fans keenly sympathized with her as she pictured her real life, a life away from the limelight. She disclosed how she had thought of committing suicide while she was at one of the low points in her life. But she managed to overcome these thoughts of self-destruction although the guilt still remains. “I feel ashamed that I would have those thoughts, feel that low and that depressed,” she said. 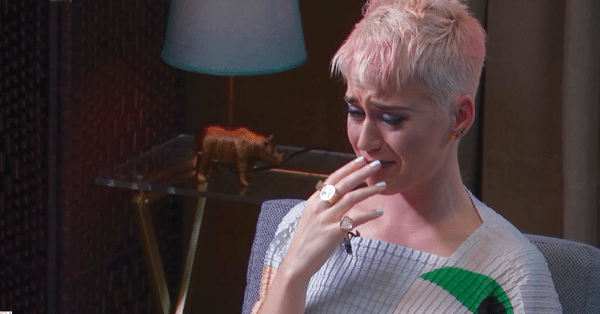 As her mind and heart were filled with ideas of death, God re-entered her life. The connection, her bond was re-established and this inspiration drove her to write a song about the same.

“I wrote that song ‘By the Grace of God’ because I do believe in something much bigger than me and I call that God for me,” she said. “I know that God has His hand on me, and I know sometimes I go through things and they’re just too intense and I can’t handle them and then He swoops in and He shows me that it’s His grace that brings me through it.”

Katy is now in the process of healing her relationship with her parents who are devout believers. She says that just like God this bond also needs to be rebuilt for her to completely restore herself. “It wasn’t always easy because we have very different viewpoints but now we can agree to disagree in a loving space,” Perry said. 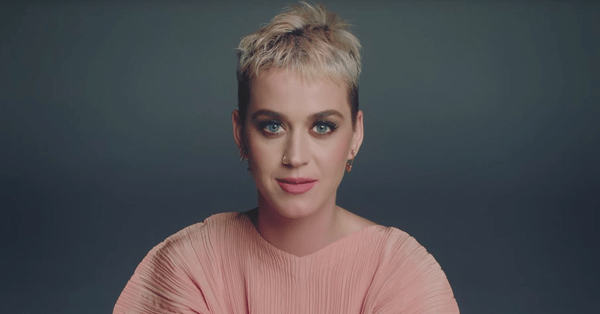 Katy has carved a niche image in the music industry through her uncommon lyrics and evocative videos. These bold steps have also earned her criticisms. Her parents seem to take a more religious view of the situation. “I want you to pray for my daughter,” said Keith Hudson, her father. “Don’t judge her, pray for her.”

We all wish Katy a fast road to recovery and hope that her future is as bright and powerful as her new found faith in God.

Watch Katy’s candid therapy session in the video clip below and join with us in praying for her as she seeks for more in life.

Here are some interesting facts about Katy Perry via celebrityfunfacts.com: 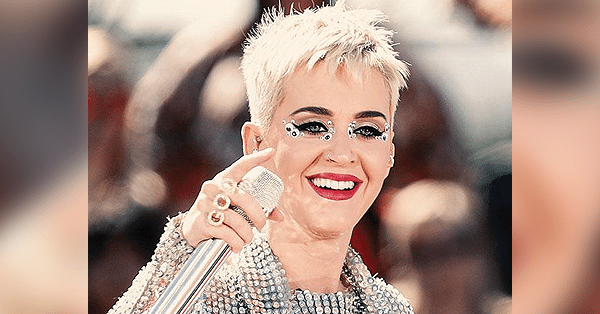 1. American singer and songwriter Katy Perry’s full name is Katheryn Elizabeth Hudson. She was born to Keith and Mary Hudson in Santa Barbara, California on Thursday, October 25, 1984. She was raised in a very conservative family where she was not even allowed to listen to music or read Harry Potter. She started singing at church at an early age of 9 and continued to be a gospel singer till the age of 17. Hence, gospel music was all she was allowed to listen to as a child.

2. Celebrities these days are obsessed with social media websites. They have become regular users of websites such as Facebook and Twitter. Katy Perry is no different. She maintains an active twitter account to keep in touch with her fans. In October 2012, it was revealed that the twitter account of Katy Perry has the third highest number of followers after Justin Bieber and Lady Gaga. She has approximately 30 million followers.

3. When one talks about Katy Perry, how can one forget to talk about her fashion sense? Katy Perry is known to wear the most weird outfits, which she considers her own unique unconventional style. She usually wears bright colors and likes to dress up to represent different decades. In addition, how can one forget her love for fruit accessories as part of her costume? She is well known to change her hair color on a regular basis though she is naturally a blonde.

4. Katy Perry entered The Guinness World Book of Records in 2010. She made her entry as the “Best Start on the US Digital Chart by a Female Artist.” Her first two singles earned her the entry by selling more than 2 million digital copies.

5. Katy Perry and Avril Lavigne are female singers with their own distinctive styles. Apart from their different music styles, both also have a different taste when it comes to fashion. However, when Katy Perry was starting out with Columbia Records, the record label wanted her to be the next Avril Lavigne, which obviously was rejected by Katy Perry.

6. No one can deny the immense popularity of the King of Pop, Michael Jackson. So what do Michael Jackson and Katy Perry have in common? Both Katy Perry and MJ hold the record of having an astonishing 5 number 1 hits from a single album on Billboard Top 100. Michael Jackson’s album “Bad” had 5 #1 songs on Billboard Top 100 and Katy Perry’s album “Teenage Dream” did the same. However, MJ stayed on top of the list for only seven weeks while Katy Perry did the same for 18 weeks. This also makes her the only female singer in history to have 5 hits from a single album.

Please share this story and pray that Katy Perry will find her way back to Jesus.