A child who saw the world upside-down finally received the treatment he needed. A stranger from halfway across the world made it possible.

God loves us all and wants us to care for one another while we are on this earth. Even though some people are born looking different than we do, we must come alongside them and show them the love God has so graciously shown us! A 13-year-old boy was once an outcast in his village in India because he had a medical condition that caused his head to hang upside down. The boy, Mahendra Ahirwar, has risked life-changing surgery to straighten his neck as an attempt to finally be able to live a normal life. 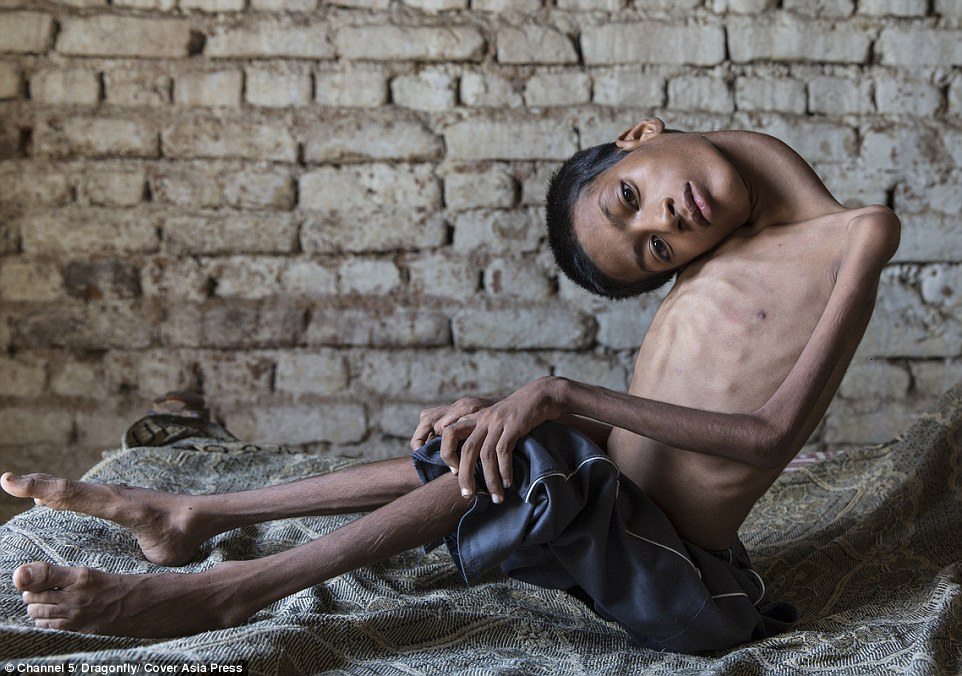 Mahendra suffers from a rare condition called congenital myopathy, something that causes the muscles in his neck to be so weak that his head has to hang at a 180-degree angle. His parents, 41-year-old Mukesh Ahirwar and 36-year-old Sumitra Ahirwar, have spent years taking him to see doctors, but no one has been able to help their poor son. Now, the teenager has undergone life-changing surgery by a former NHS surgeon after a mother-of-two from Liverpool set up a crowd-funding page to raise money for Mahendra’s treatment. Spinal surgeon Dr. Rajagopalan Krishnan, who is from Apollo Hospital in Delhi, performed the operation after the mother, Julie Jones, made it possible. 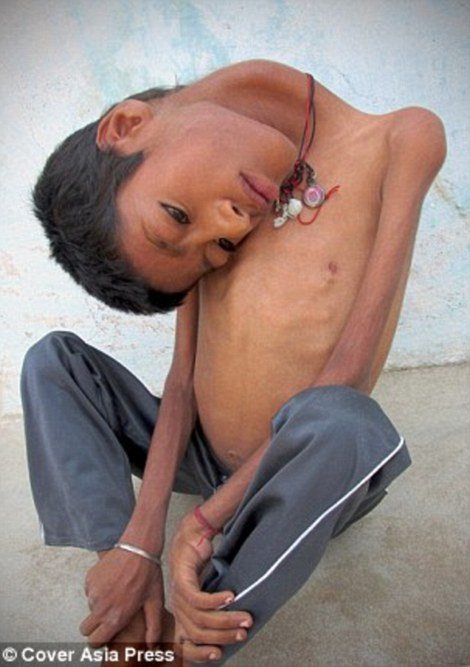 Jones decided to help the boy after hearing Mahendra’s tragic story. “It was tragic. All I could think about was my own son and how I’d feel if he was in that situation,” Jones said. “While everyone was looking to help, no one was actually doing anything. So there and then, I got out my laptop, found a crowd-funding website and created an account.” Within 28 days of the page being set up, it had raised £12,000! Jones never imagined that her kind actions would actually lead to Mahendra being able to have the surgery or to them eventually meeting. “I’d never been further than Spain on holiday and was scared of flying,” Jones said. “But I was keen to meet Mahendra in the flesh so I agreed. When I arrived in Delhi the noise and exotic smells hit me instantly. It was hard going, especially with the film cameras in my face. I felt vulnerable and barely slept the first night but when I finally met Mahendra and his family at the hospital it was all worth it. His mom cried when she met me which then got me going.” 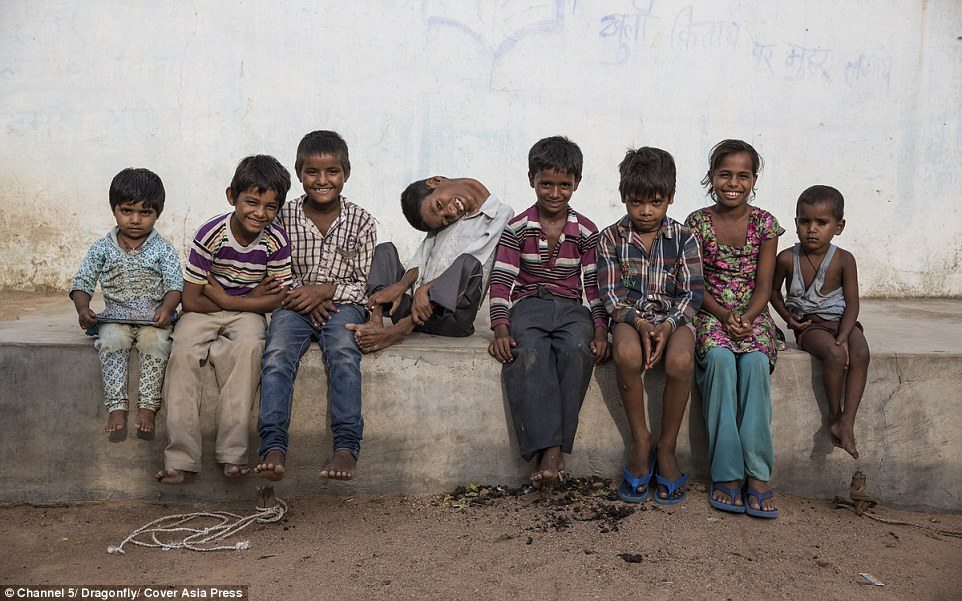 After their first meeting, Jones immediately bonded with the boy. “I wasn’t prepared for the love I’d feel for him,” Jones said. “Meeting the boy whose photos I knew so well was both harrowing and uplifting. I was amazed to see him so thin. By the time I was due to leave, I was an emotional wreck and just didn’t want to go. Even though it was a short visit, I’d bonded with Mahendra and it broke my heart that I may never see him again.”  After the surgery, Mahendra spent two weeks in the hospital before he went back home to his village where all his family and community awaited his arrival. Even though he has to wear a neck brace for six months and has to go for regular check-ups with Dr. Krishnan, Mahendra’s future is looking very bright. Mahendra said: “I had no hope of getting better in life but now I’m ok my dreams have risen up. I want to be successful in life now.” 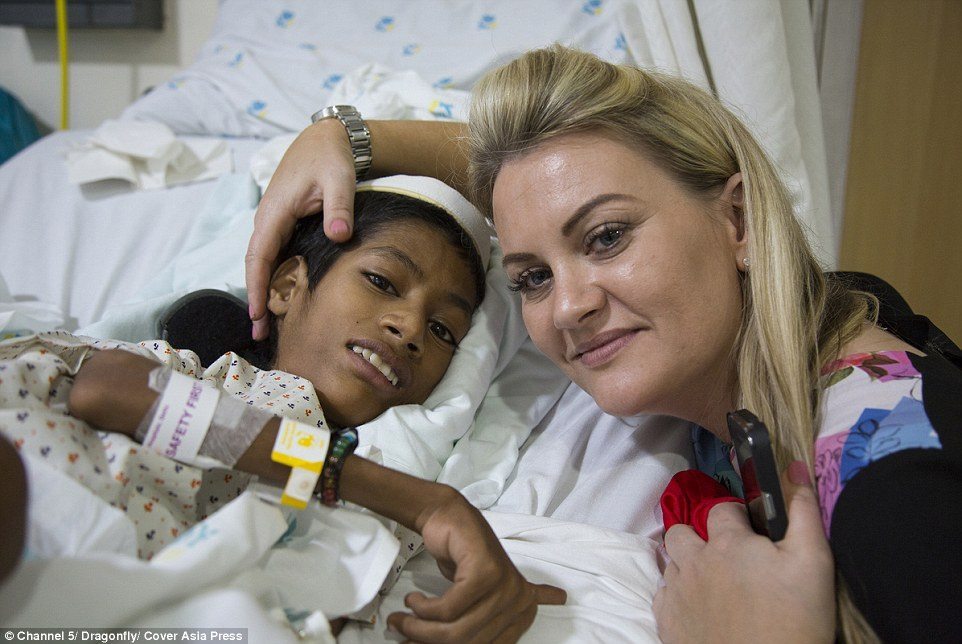 Share Mahendra’s story to inspire your friends to be kind and grateful today!