Back in November of 2017, Constable Jason Kirkwood was walking away from an ATM when he heard his name being called. Kirkwood is a “special constable” that is assigned to the Toronto Community Housing area. When he turned around to see who was calling him, he saw a familiar face that he had known for about five years through that assignment.

Kirkwood has been working with the homeless for a while now, and he specifically works with individuals who struggle with various types of addictions. This man who had called his name and was approaching him was Danny MacKillop, a 38-year-old man who was a heroin and fentanyl addict. “I saw it was Danny, and I thought, ‘Uh-oh,’ as I know he saw me at the bank machine,” Kirkwood said. Kirkwood was expecting MacKillop to ask him for money. Instead, though, Kirkwood said, “he asked me how much I had taken out. Then he asked me to count it.” After taking out the wad of cash, Kirkwood realized that he was missing $40 of the $160 he had withdrawn from the ATM.

Then, MacKillop pulled the money out of his pocket and handed it right over to Kirkwood. He claimed that the constable had forgotten it at the machine. “I said, ‘Wow, Danny, thanks,’” said Kirkwood. “I thought wow, that was pretty amazing for someone who is a substance user and has no source of real income, to give me back my money. So I wrote about it on Facebook.”

The next time they saw each other, Kirkwood told MacKillop about the post. MacKillop then made a slightly strange request and asked Kirkwood to tag him in the post, “‘so my mom doesn’t think I’m such a bad guy.’” Kirkwood happily agreed and did so. “I tagged him and then my page exploded with messages from Cape Breton,” Kirkwood said. Then, a message from Mary MacKillop, Danny’s mother, came through.

Mary said that she hadn’t heard from her son in two years, and even worse, she hadn’t seen him in eight. “I was dazed,” said Mary MacKillop. “I was trying to put it all together in my mind…. he’s there, I gotta go.” Mary said that her sister had even accompanied her looking for her son. “We checked every soup kitchen, every hostel, spoke to the security guard at different places,” Mary said. 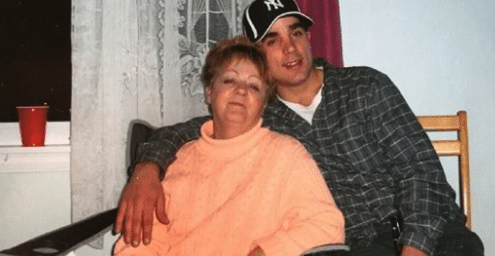 And, as they were about to give up on the search, something incredible happened. “This man passed me by and said, ‘Hey, I know you — you’re my mother,’” said Mary. After the kind deed of the constable, the two were able to be reunited! And not only that, but MacKillop was able to get into a rehabilitation center in Vancouver with the help of some friends. He had been to rehab before, but this time, “he really wants to get clean,” Mary said. “Danny is calling me every day. Every day, he sounds more positive,” she said. Mary plans to visit her son again soon.

Share this remarkable story and encourage your friends to be kind today!