God works in amazing and miraculous ways! This is a true story that one of our followers, Ashley, shared with us about how God has blessed her with a third “miracle” baby after many doctors said that all hope was lost.

Here is her amazing story:

“In December 2012 we made the decision, after much discussion and prayer, that we were ready to add a third edition to our family. I met with my doctor, who advised I have laparoscopy surgery for my endometriosis prior to trying. Later that December I had the surgery and we were good to go! We took the “if it happens it happens” approach but didn’t get too obsessive at first. Months and months went by and still no pregnancy. Eventually, my doctor advised another surgery. Endometriosis grows back after 6 months. This is when I really started to obsess. Hundreds and hundreds of pins were pinned to my secret “baby boards” on Pinterest and my closet started filling up with baby clothes. 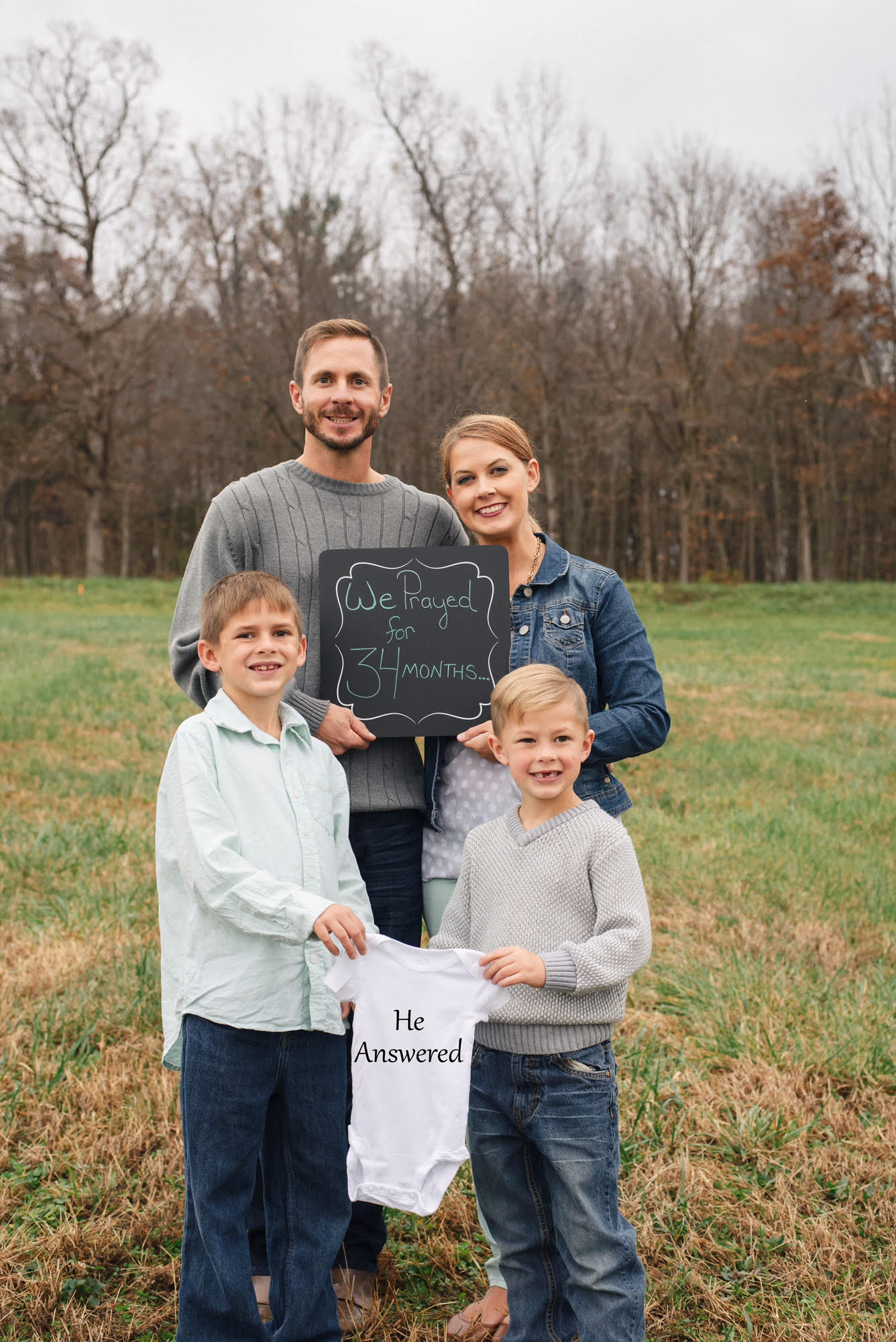 Once I realized it just wasn’t happening I made a call to my doctor, who put me on the lowest dose of Clomid. Each month my dosages increased until I hit the max with no results of ovulation coming back on my blood work. I took a few months off of the pills (they take a toll on your body and mind). Letrozole was the next drug of choice. Again, we started at the lowest dose and hit the max without ovulation. After 14 rounds of fertility medication and 2 surgeries, I was off to see the fertility specialist. In the middle of all of this, I still felt like it was going to happen. We were going to have a baby by the end of it. I broke down multiple times. Every single month was heartache. You have hope every month that “this is it!” Then it’s shot down. It’s like mourning a child you haven’t met yet, month after month after month. It’s hard to make others understand that pain, so you just keep smiling and say “when it’s meant to be it will happen.” One day, on my way home from work, God spoke to me. He told me I will get pregnant, and that I was going to write about it and tell others that it was through Him that it happened. Now call me crazy, but it was real! 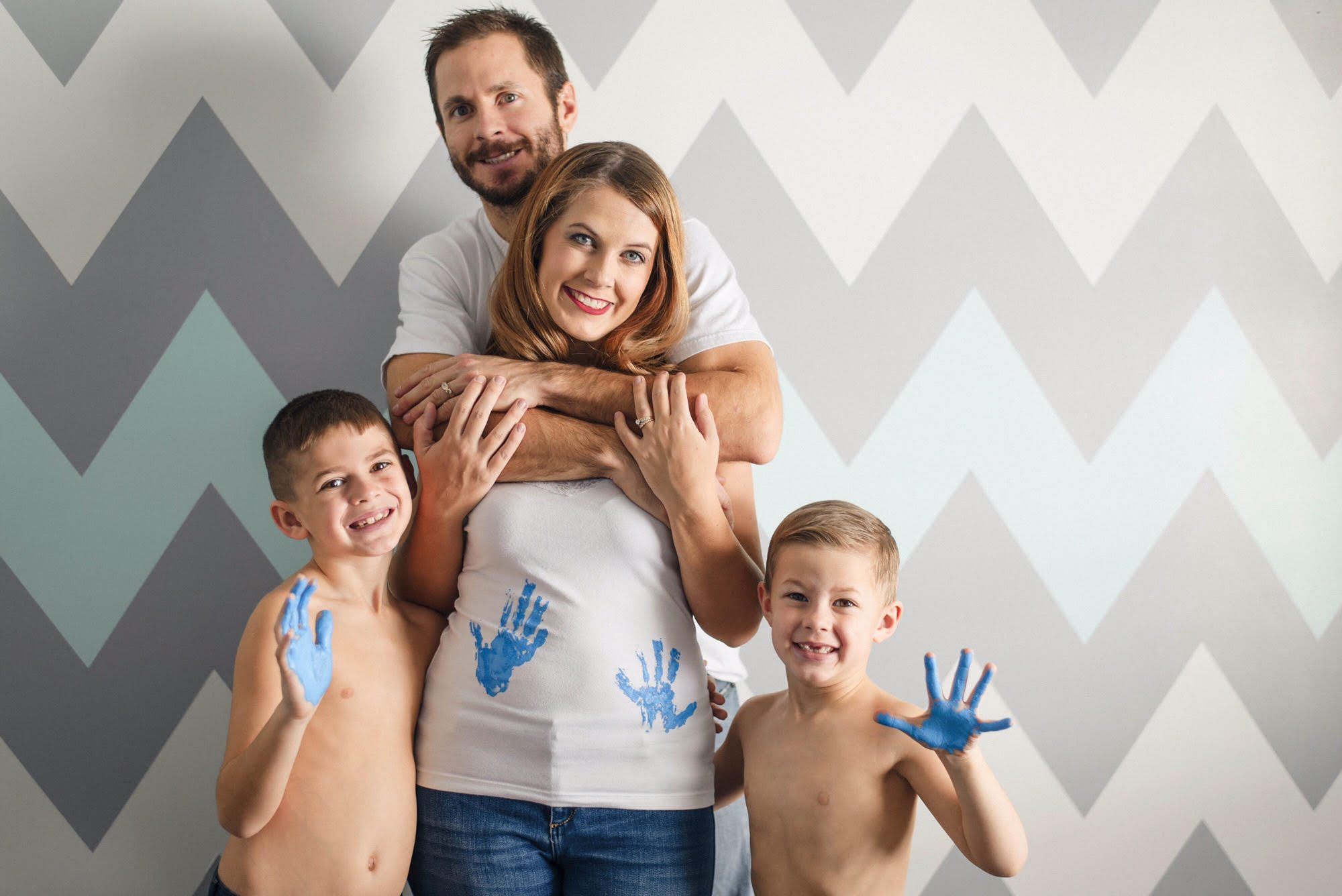 I made an appointment with the specialist and canceled it… twice. I wasn’t sure if it was what God wanted me to do. I eventually went “just to see what they say.” I was told that if I wanted to have another child I would have to be very aggressive, IVF being my best choice. All I could think about was the money! We have two children. Two beautiful healthy children! 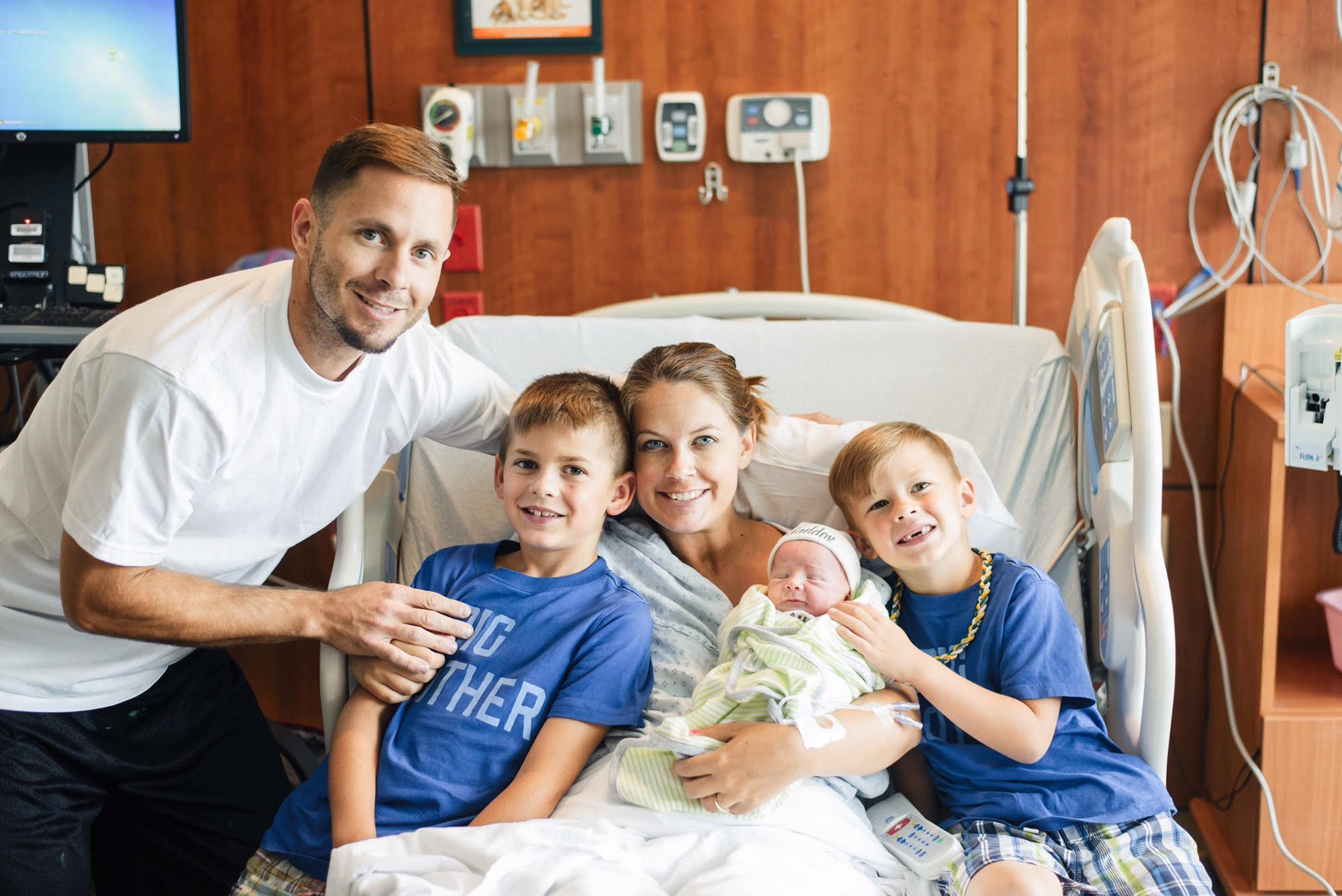 And IVF can be close to $20,000. Now I know what you must be thinking, she has 2 children, what’s her problem? My heart breaks for those who can’t have any children at all, it truly does. And I 110% realize how blessed I am to have my precious boys, but secondary infertility is also real and it is painful! I decided to just give up at that point. We had hit a dead end…it was over. And I was ok…or so I told myself. One day I decided to call my insurance company out of curiosity to see what they cover on IVF. I was shocked at what I heard…100%!! This couldn’t be right! I called my fertility specialist who said “that can’t be right, no one covers 100% of IVF.” She stated she would call them. Shortly after she called me back in shock. They told her the same thing! This had to be from God right? I made an appointment to have some tests ran and they wanted my husband to come along. 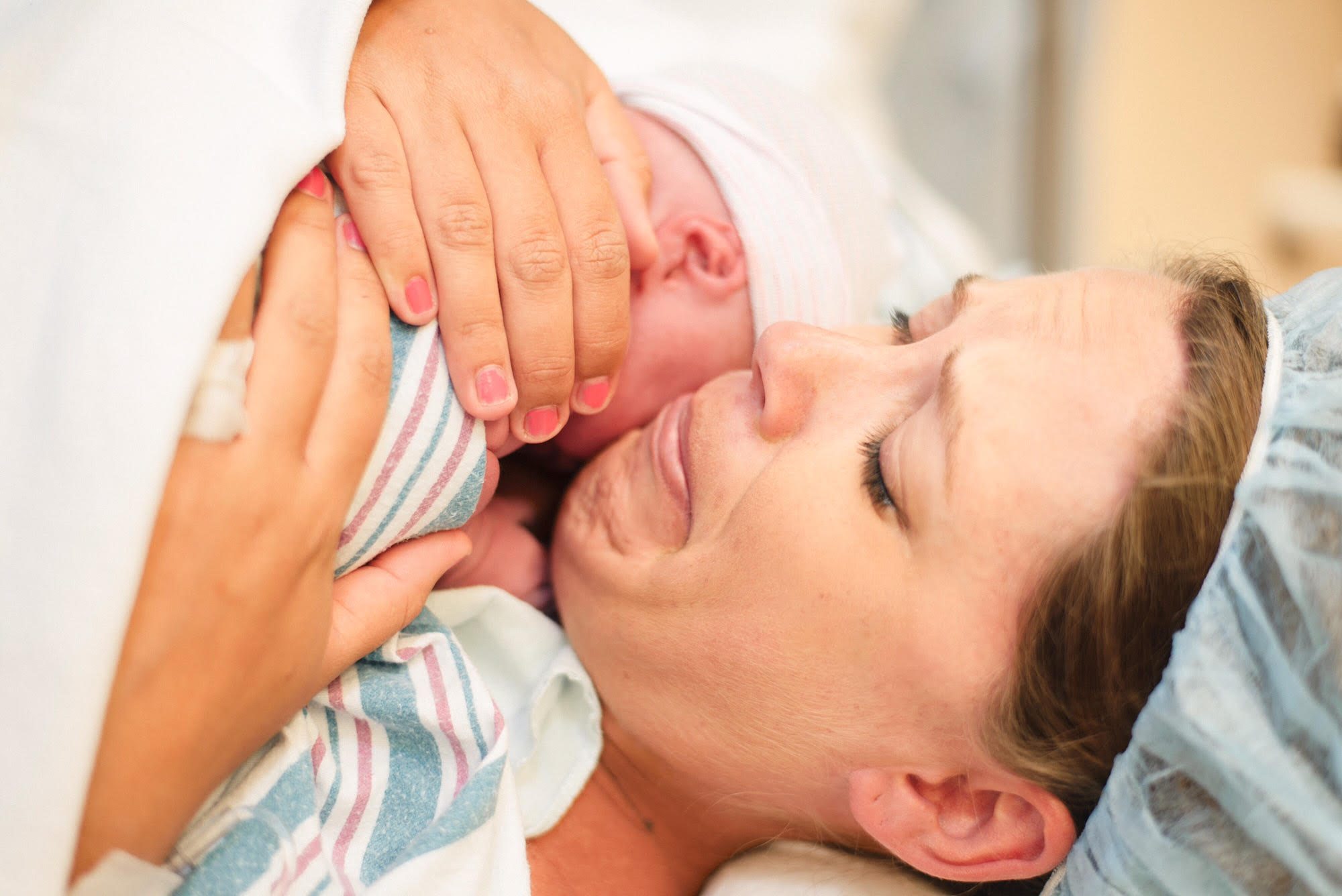 After having my tests done, and awaiting my husbands, we were good to go! I was so excited, but hesitant at the same time. Was this the right thing to do? A few days later, I was sitting at work when I got a phone call from the nurse at the office. My husband’s results were back…and not good. I was told we could still do the IVF but it would have to be much more invasive. I hung up the phone and cried. It felt like a dagger in my heart. We prayed and prayed about it. The following Sunday, my husband’s grandfather (our pastor) preached a message on “having faith.” All I could think was “Ashley, are you really having faith?” I talked to my husband that evening and he felt the same way. We decided to place it in Gods hands and see what happens. A feeling of peace came over me for the first time in over 2 years of trying. I just knew it was going to happen! 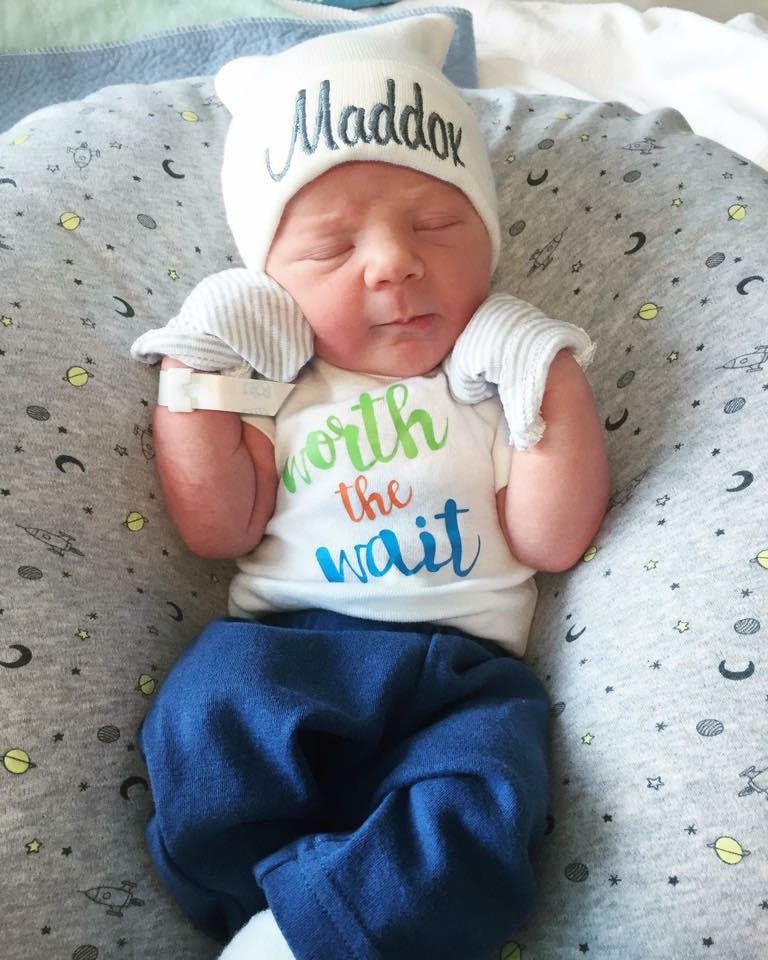 Months went by, still nothing. Pregnancy announcement after pregnancy announcement flooded my newsfeed! At one point I hit an all-time low. I cried for a few days (my husband thought I was nuts). I asked God, why not me Lord? Why not me? I couldn’t understand this. Then He spoke through one of my devotionals. John 21:22 stopped me in my tracks, “what’s that to you, you follow Me.” How perfect! I follow a risen Savior. One who can do anything at all. And if He wanted me to have another baby, I would! He is so good! I felt so peaceful and my heart felt whole again. I even felt more at peace about the thought of never having another baby. He blessed my husband and I so much with our precious boys already. And maybe we already have our perfect family, and have the whole time! 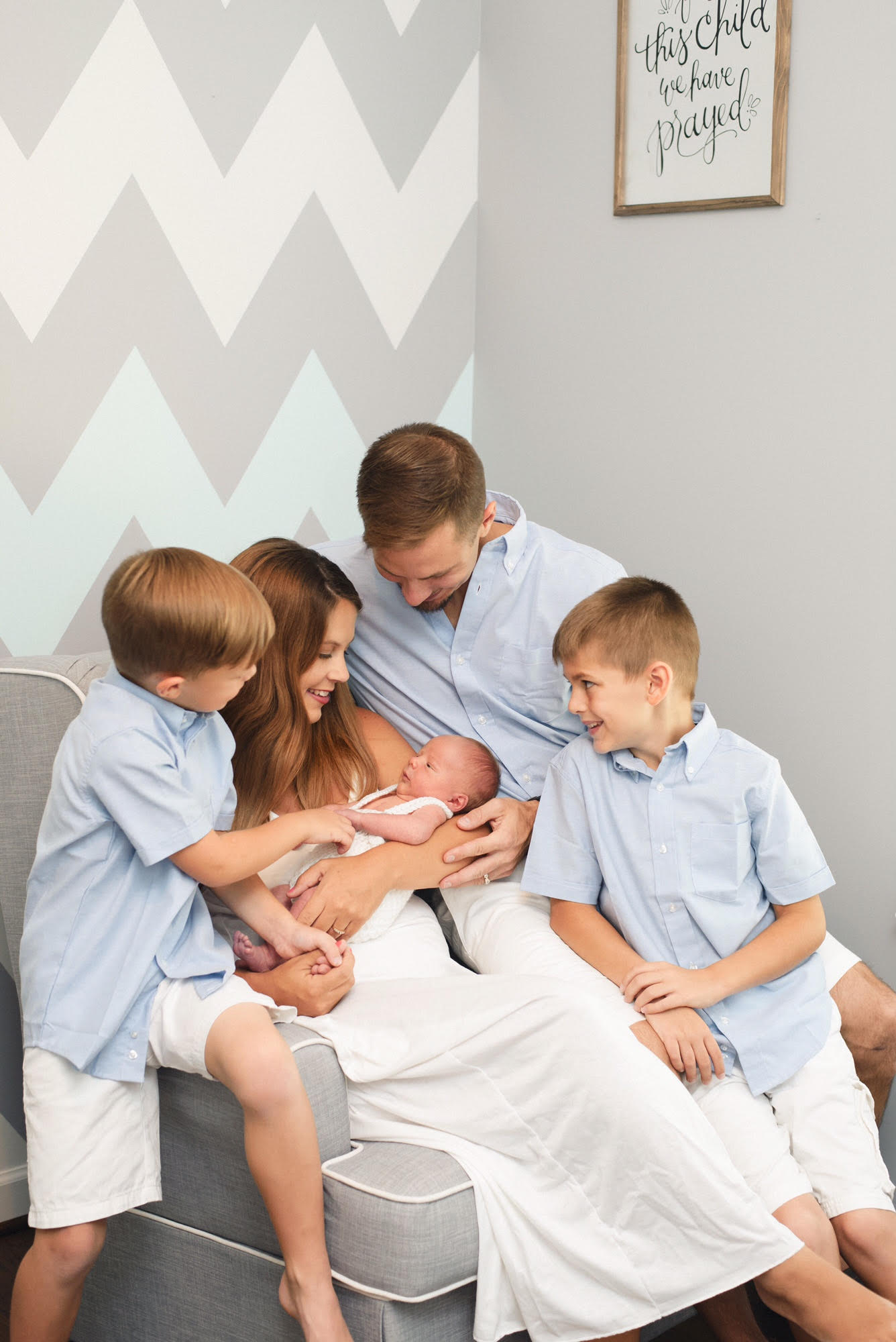 While I was starting to get used to the thought of never having another baby, I was also getting used to ditching the pregnancy tests. Like seriously, if I could have bought them in bulk I would have. It just became a habit every month to take them. I got to a point where I would literally test and throw it away without even reading the result. Well, on November 4th, 2015 I got the shock of a lifetime. Something told me to look at the test that I threw away the night before. So I did, and guess what? A positive pregnancy test! This can’t be real!!! After 34 months of trying…it happened with NO medical intervention! God is the reason that sweet baby was growing inside of me and I give Him all the glory! He is so good! On July 1st, 2016, we welcomed our third baby boy. To God the glory!” 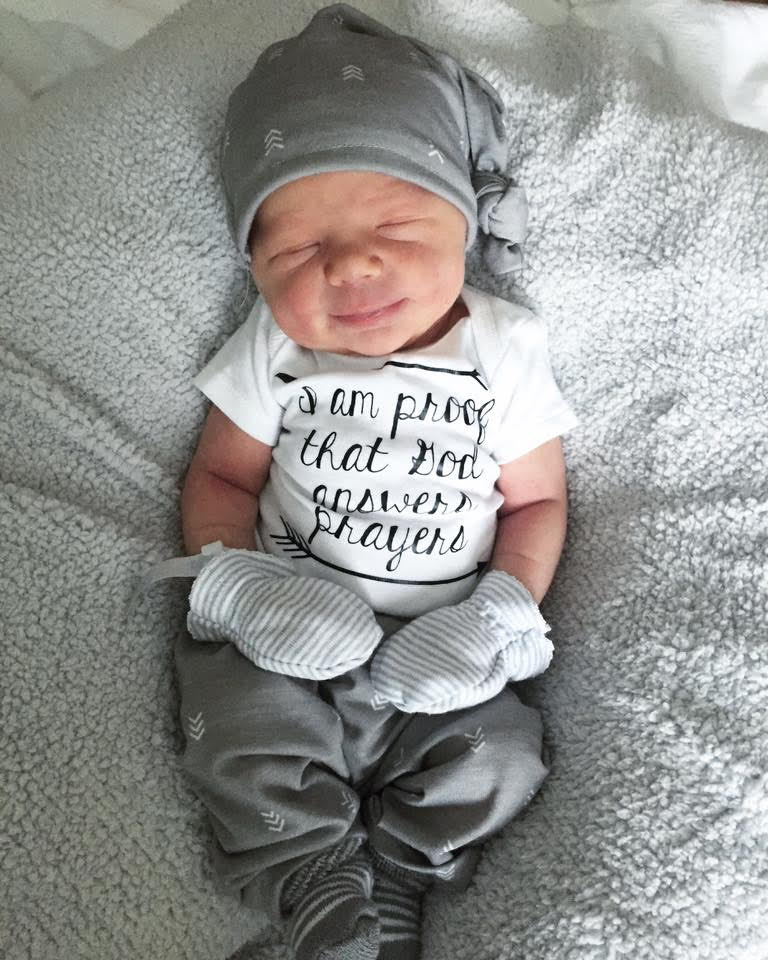 All pictures courtesy of Ashley Photography

Please share this amazing miracle to spread hope and love all over the internet.