God has given us the strength to think and come up with a solution to any problem. All it takes is a clear mind and the display of the hidden strength. A student did the best she could to muster up her courage and escape an abduction and the story serves as a lesson to all women out there. When Jordan, 20, was returning to her house past midnight, the strangest thing happened. Three men with guns grabbed all her belongings and made her drive her car to a gas station nearby. After one of them escaped, the other two made Jordan withdraw cash from her account in an ATM and this was when Jordan came up with the craziest idea that saved her life. 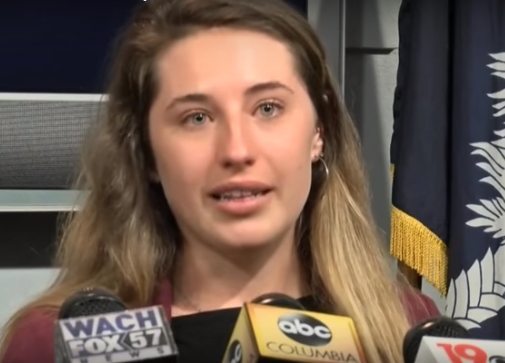 Talking about how she took inspiration from her mom who had always asked her to stay strong and stay brave, she spoke about how her mother always told her to fight back instead of being a victim and that is exactly what she did. As soon as she got into the car she started driving without having her seatbelt on. She then jumped out of the car and sought help from passersby. One of the cars stopped and helped her. And later the men who abducted her were found to be teens who were the ages 17 and 15 and they were arrested. Jordan’s display of courage truly comes as a great source of inspiration.

Share this story to warn other women out there about this danger!