Brodie Brooks is an 11-year-old who was on a 4th of July fishing trip with family at Lake Hartwell in Anderson, South Carolina. He was out fishing on the lake when he felt a strong tug on his fishing line. He was excited to see what fish could possibly be at the end of his line, but what he found instead was an old, waterlogged purse.

“He gets it to the top of the water, all of a sudden I see it’s a purse. I said, ‘Man you ain’t caught no fish, you caught a treasure!’” said his relative, Ben Meyers. There is no telling how long this purse had been at the bottom of the lake, but when Brodie opened it he was shocked! The purse contained tubes of lipstick, a hair pick, a wallet, checkbook, as well as credit cards and photo IDs all in good condition. 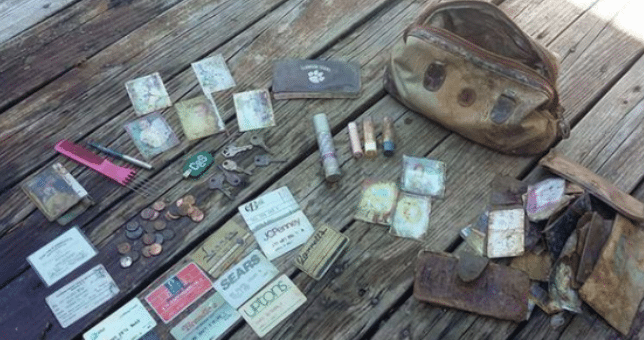 But, that’s not even the strangest part! Ben, Brodie’s relative, actually recognized the woman in the pictures that he found inside the purse! Ben looked at the IDs and realized that the owner was a long-time family friend named April Deanhardt. He called April up and asked her, “By chance, did you lose a pocketbook maybe 20 years ago at the bottom of Lake Hartwell?”

And it was hers! She’d always believed that the purse had been stolen, she never thought it would be at the bottom of the lake. The last time she recalled seeing the purse was all the way back in 1992 when she was fishing at the reservoir with her husband and baby. She’d always thought that two men who were fishing close by had taken it, and she said “I was devastated, I was crying. I knew it was going to be a lot of work trying to cancel all my credit cards and license. The main thing was my little boy was 15 months old and all his pictures were in there.” 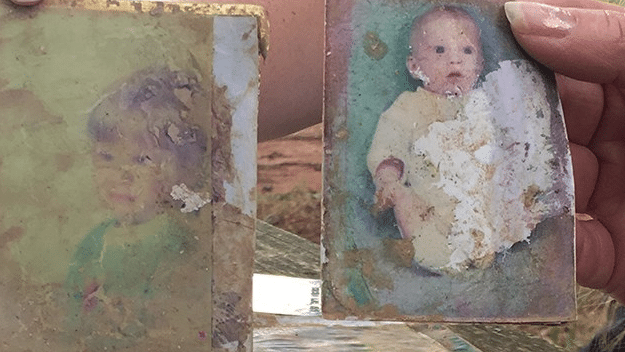 Share this amazing story and remind others that God has a strange way of bringing things and people back together!

Pay Attention To This Type Of Body Language, It’s The Key To Decipherer How Someone Really Feels

God has given us a myriad of facial expressions, tones, and other types of body languages so that we can understand each other with clarity. God wants us to express what we are feeling at all times so that we remain true to ourselves and others. God has also given us the gift to be quiet so that we can listen to the opinions of other people.

If you are confused about what your co-workers, loved ones, and friends are feeling at the moment, start focusing on their voice, rather than their faces. According to a study in the American Psychologist journal, people are better judges of emotional states of people when they can’t see the facial expressions. 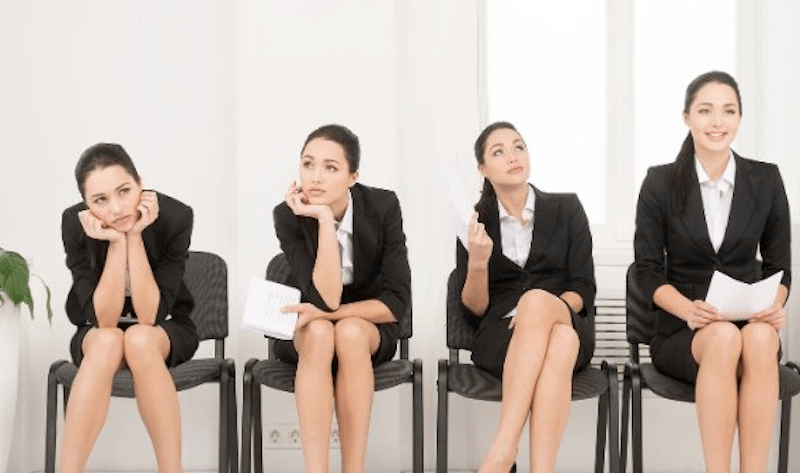 Yale School of Management’s social psychologist, Michael Kraus, told TODAY,  “As adults, we can monitor and control our facial expressions. Our vocals are much more difficult to control, though, and we have less practice doing that. So a lot of our intentions can leak out more in the voice.”

For example, it may be easy to maintain a blank face to hide any suffering. However, when you speak, your voice may break and crack as you don’t have much experience in manipulating it. Although people believe that it is important to look at the body language to determine a person’s emotional state, it loses its effectiveness when you focus on two areas, that is their face and their tone. 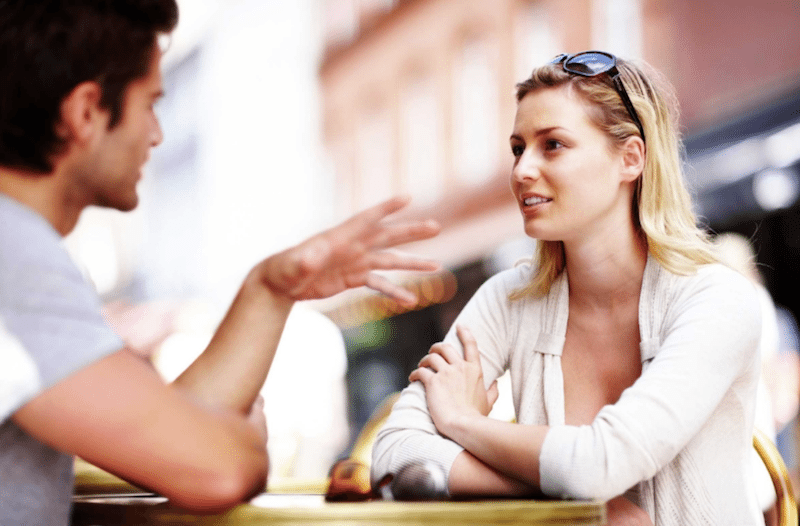 Share this story to help your friends know these body language tricks.

As God wants us to be happy for the rest of our lives, he has given many of us the perfect matches. Together with our spouses, we know what it is like to experience love from God. However, due to unforeseen circumstances, we may not be able to stay together with our soul mates for our entire lives. During times of loss and sadness, we must pray to God as he is the only one who will truly understand us.

To honor Frank Gifford, Kathie Lee Gifford’s late husband, she sang a song that she wrote for her husband. She told TODAY Thursday, “I hope it brings hope to people. He Saw Jesus. So many people loved Frank. So many people still do. I wanted to honor his memory with it, but I also wanted it to do some good in the world.” 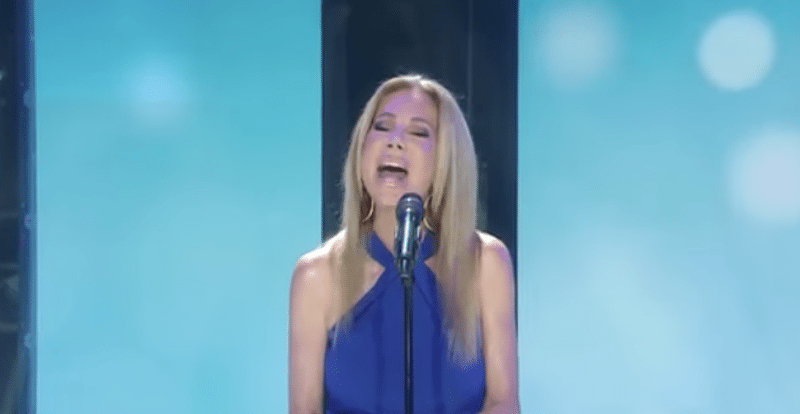 All the money made from the song off iTunes will go to Samaritan’s Purse, an international charity for relief. The song has a beautiful story behind its making. Brett James, country musician and the co-writer of the song had met Kathie Lee. She told him, “’One day, some day, I’m going to write that song.” To which Brett replies, “well, let’s write that song.”

To get Kathie to record the song, he tricked her by telling her it was a demo track. Thanks to James decision, we finally get to hear this heartrending song about her husband.

Share Kathie Lee’s Song to inspire others who may be dealing with loss.

Young Girl Beats Cancer, Later Becomes A Nurse And Lands Job At The Same Hospital That Helped Save Her

As nurses and doctors are creations of God, we must treat them with respect and honor. Just like God, nurses and doctors put in countless hours every day so that other people can live life without any problems. Whenever possible, we must show them and God our gratitude for their selfless services.

Montana Brown, a girl from Georgia, was suffering from rhabdomyosarcoma at the tender age of two. For a year, she had to go through chemotherapy to go into remission. However, when she was 15 years old, she got the disease again. As a result, she had to undergo more chemotherapy sessions but was able to beat cancer again. 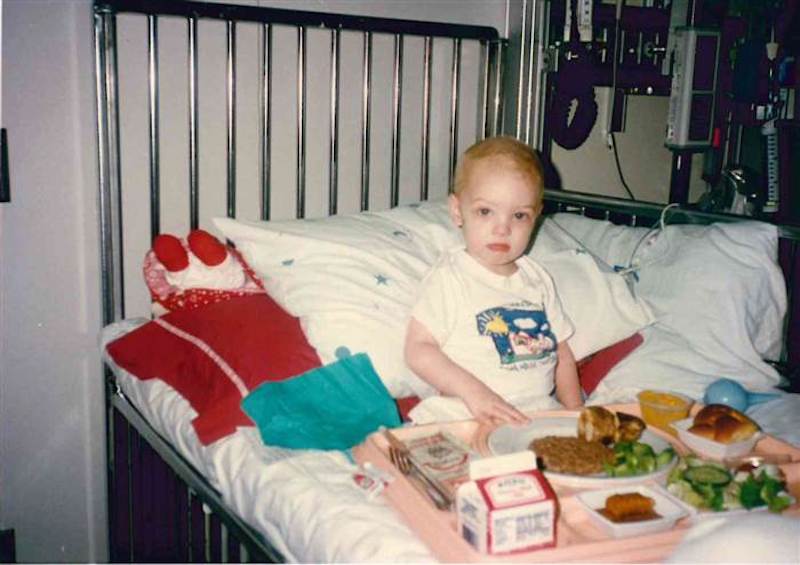 As Montana was battling cancer, she had to face a lot of difficulties. Montana was receiving treatment from Aflac Cancer Center. Despite all the pain and suffering, Montana had a memorable time in the hospital because of the compassionate nurses and hospital staff.

After beating cancer for the second time, Montana realized that it was time for her to give back to the community that helped her. Just like how the nurses took care of her while she was battling rhabdomyosarcoma, it was her dream to do the same for other patients in the Aflac Cancer Center.

Montana went to Augusta University to get a degree in nursing, allowing her to work as a pediatric oncology nurse at the Aflac Cancer Center.

The oncology and hematology nurse manager for the Aflac Cancer Center, Caroline Rooke told TODAY, “After meeting Montana, knowing her story and hearing her response to her own journey, we knew that she would be the next best addition to our team and would enhance the care experience that we can offer our patients.” 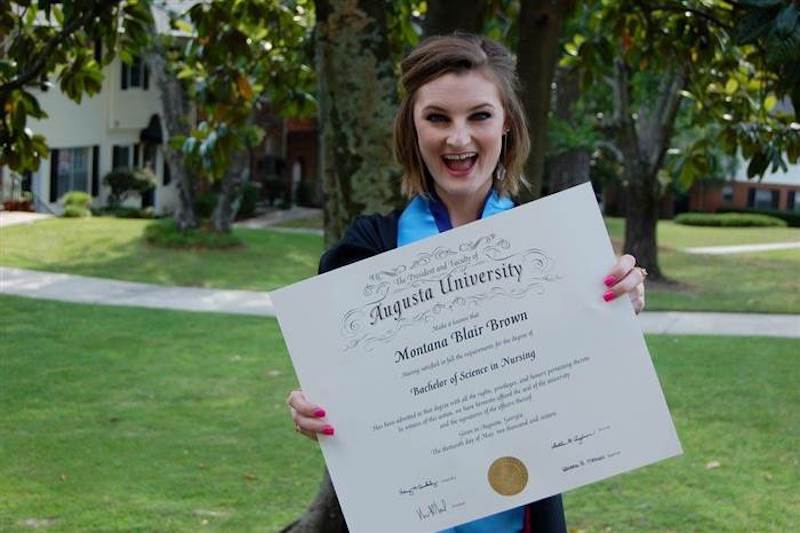 Share Montana’s story to inspire others and remind them that God has an amazing plan for their life!