Motherhood is a precious gift that is bestowed on women. When God has blessed a woman with a child, He has entrusted the child’s care to her. When mothers nurture, protect and raise their children well, they are glorifying God and praising His greatness. God continues to bless mothers every step of the way and He is always there in the hard times. It is every mother’s responsibility to care for her child that God Himself gave her. 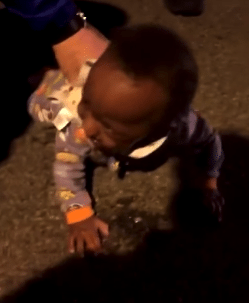 It was about 10.30 pm on the 9th of March when a few drivers in upstate New York noticed something in the middle of the road. By the grace of God, they realized that it was a baby and stopped to find out what had happened. The nine-month-old baby was all alone in the middle of the street lying on its tummy. With no parent anywhere around, the drivers moved the baby out of harm’s way and called the police. Before the police could reach the scene, however, the mother showed up and claimed the child. The Police were able to track down the mother and question her about the incident. 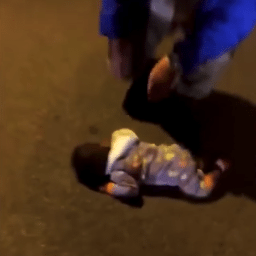 The mother’s vague answer was that one minute the baby was strapped in safely in the car and the next moment he was gone, and that didn’t give the police much confidence in her. Child Protective Services was contacted and the women also lost custody of her 4 children. We are just glad the baby is safe thanks to the vigilance of the drivers who found him and stopped for him.

Share this story and pray for this young child!