Mothers have this great sense of security for their children and it’s far superior to any other security system in the world. They just seem to know when their babies are under threat. A similar situation was witnessed by a woman who happened to see a family of turkeys on the road. She took out her camera and recorded the incident to show how protective mothers are of their young ones. Tara was no stranger to turkeys roaming on streets around her neighborhood. And, as she watched this group enjoy a meal on the road, she suddenly saw the mother give a signal and the children rush inside the grass. 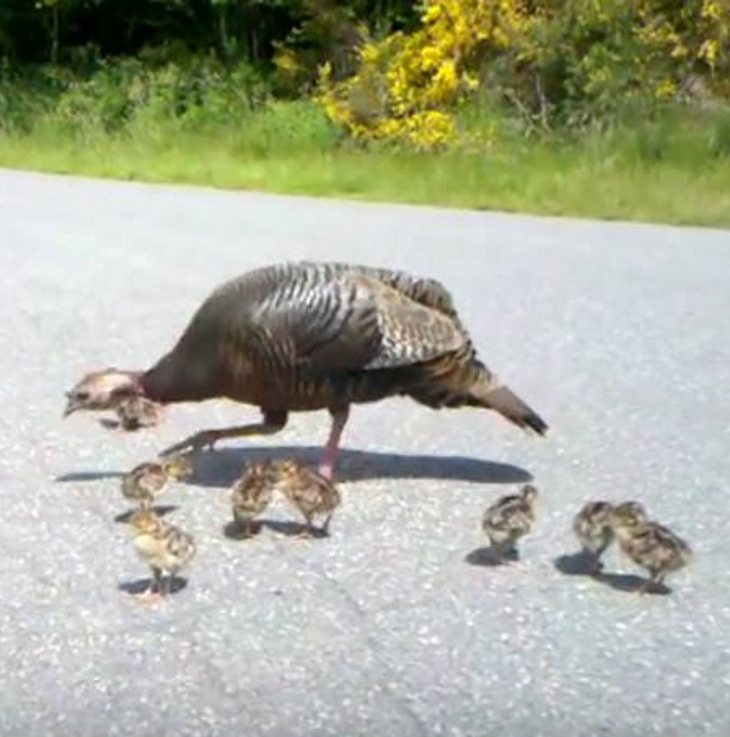 Once they were all safely concealed inside the protective environment of the grass, the mother intently scanned the surrounding, especially the sky. Tara thinks she must have heard or felt that there was a threat nearby. Another Turkey (probably the father) who was with them also scanned the entire area. Once the animals were convinced that the threat had cleared, she called out her children and they finished eating their meal. The event took Tara by surprise and she had to admit that she was impressed by these animals. A mother’s instinct is natural and the way she communicated was interesting.