Babies are such a wonderful blessing to any couple’s life!

What’s even more amazing is when a couple welcomes multiple babies into the world at the same time! Multiple births are quite fascinating to us, and the idea of having twins or triplets is enough to make every parents both excited and nervous at the same time. So, imagine being told you were expecting not one, not two, not three, not even four, but 5 babies! That’s what happened to the family of the infamous  Canadian Dionne Quintuplets. 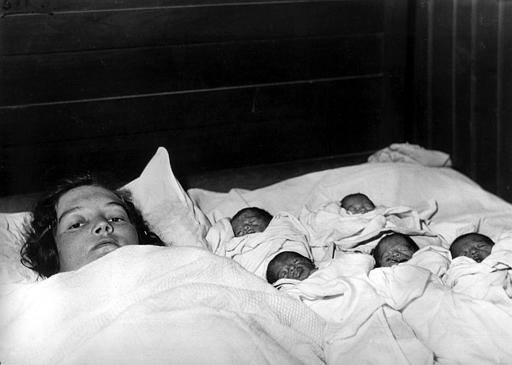 There are a lot of things that make the Dionne Quintuplets extraordinary. First off, they are identical quintuplets who all survived infancy. The 5 baby girls were born way back on May 28, 1934, in northern Ontario and have been attracting national attention ever since. While their mother, Oliva-Edouard, thought it was possible she was pregnant with twins, she never expected there were actually quintuplets inside of her. 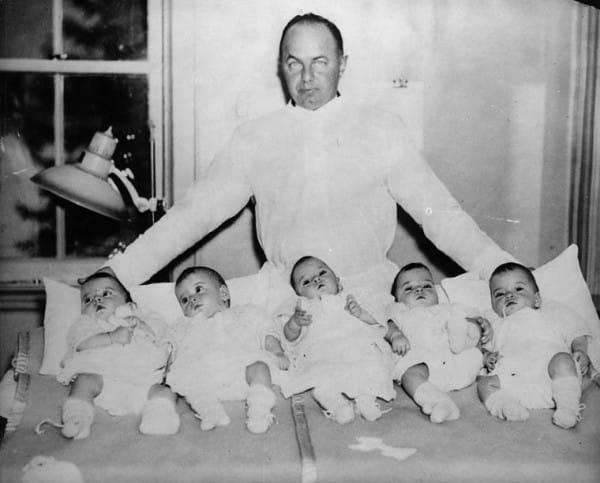 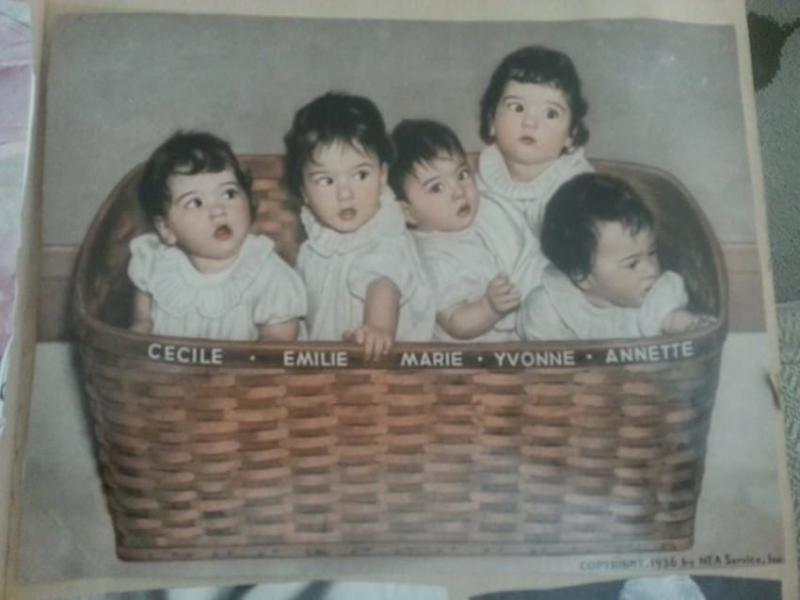 The doctor who delivered the quintuplets was Dr. Allan Roy Dafoe. The quintuplets were all born 2 months premature and Dafoe was sure that they would all pass away shortly after birth. And, back in the 1930s, quintuplets were practically unheard of. So, when all of the girls survived, news began to spread about these incredible quintuplets and it sparked interest from all corners of North America.

People from all over began sending the family donations, supplies, and letters filled with well-wishes and advice. In fact, the people who were in charge of a “Century of Progress” exhibition in Chicago reached out to the parents to try and get them to allow the girls to be put on display. The couple initially agreed, but then that brought up issues of exploitation. 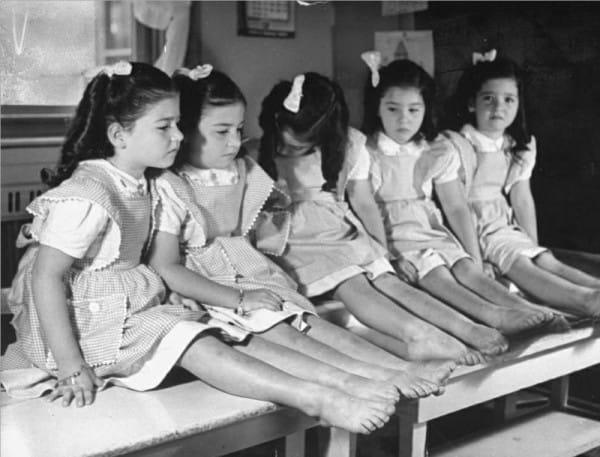 The exploitation concern, along with the couple’s inability to financially care for their 10 children, led to the Ontario government removing the quintuplets from their parents’ custody, but not the other 5 children. 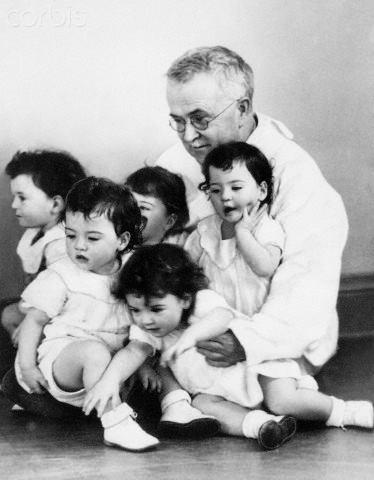 The government left their day-to-day care to Dr. Dafoe, the same man who had delivered them. The all lived in the specially-built Dafoe Hospital and Nursery that had several areas designated for public observation. 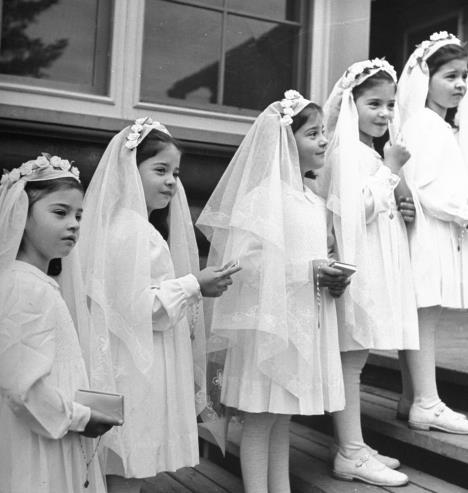 The government, Dr. Dafoe, and his staff soon constructed an entire tourist attraction based on these girls. The quintuplets were constantly being studied and examined along with being presented for public exhibition two to three times a day. Not only that, but their likenesses were used in advertisements and to sell products like identical Dionne sister dolls. 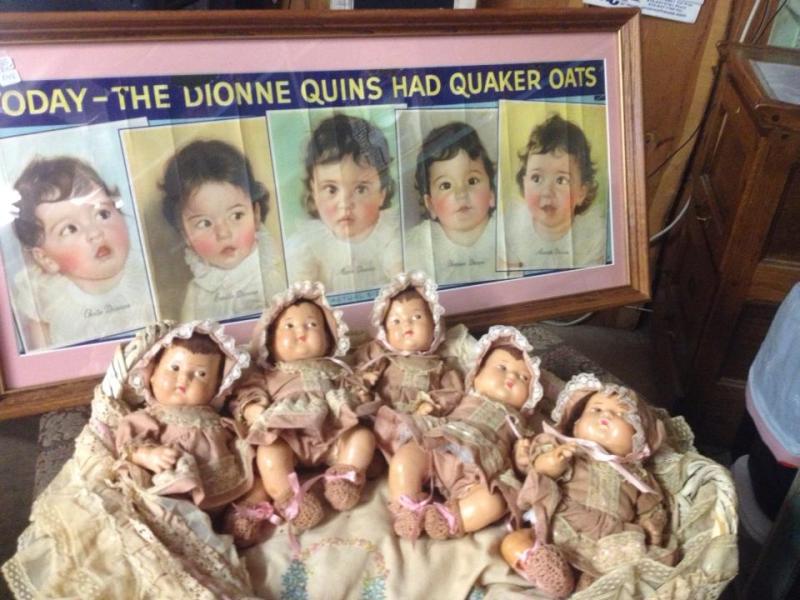 In general, the quintuples lived a highly regimented life with a strict schedule in which every minute of their day was planned out. Other than the nearly 6,000 visitors that came to see at the girls, they had little to no contact with anyone from the outside world, including their parents and 5 other siblings.

Then, in 1943, Oliva and Elzire Dionne were able to win back custody of the girls who were nine at the time. By using the girls’ trust fund, the parents moved the whole family into a large mansion. 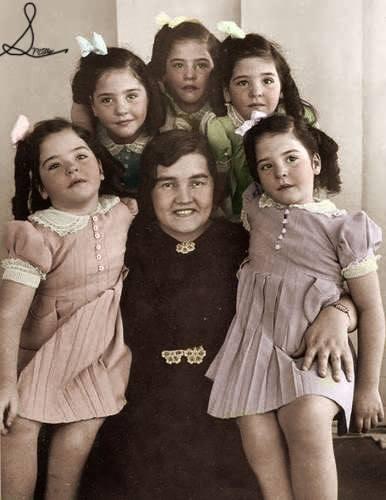 But, sadly, being returned to their biological family didn’t end the constant exploitation of the quintuplets. While their parents claimed that their goal was to reintegrate the girls into the family, they were frequently sent out on tour to make money for the family. 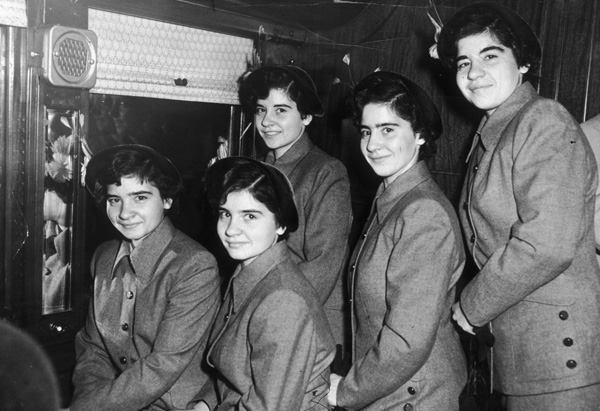 The sisters had said that their lives were filled with unfair treatment at the hands of their own parents. The girls were responsible for the bulk of the housework, they were disciplined more strictly, and they were denied the privileges their older siblings received. 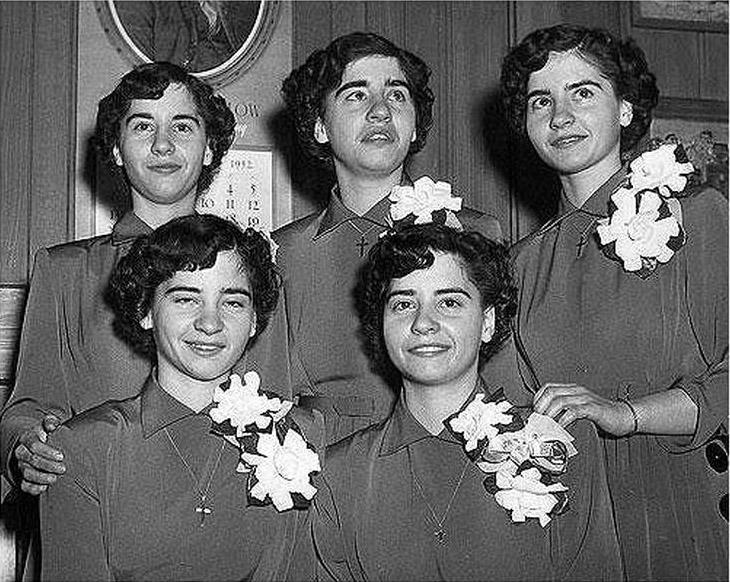 The girls didn’t even find out until much later on that the big house, the nice cars, the abundant food, and every other luxurious amenity that their parents and siblings enjoyed were funded by the exploitation they had endured. 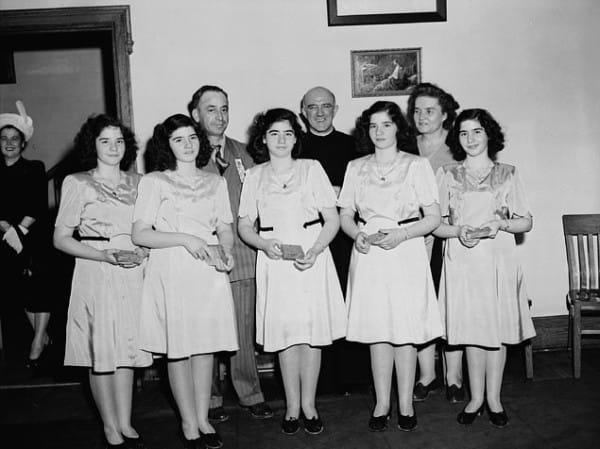 Unhappy and concerned, the girls left home as soon as they turned 18. Not only that, but they decided to cut all ties with their parents and Dr. Dafoe. Three of the sisters went on to later get married and have children of their own, one became a nun, and the last went to nursing school before becoming a sculptor and, eventually, a librarian.

After enduring all of the unwanted and unhappy fame of their early years, the sisters went on to live quiet lives after becoming adults. Annette, Cécile, and Marie, the three sisters who are still alive, currently share a home in the Montreal suburbs. 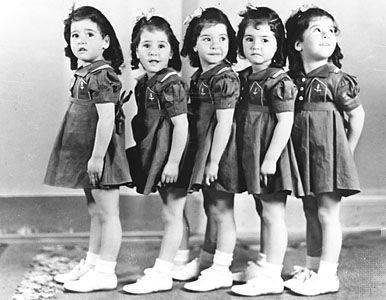 But, the girls have entered the spotlight once by choice, but only once. They decided to step out after the birth of the McCaughey septuplets where the surviving sisters wrote an open letter to the parents, cautioning them to keep their children out of the spotlight. They said, “Our lives have been ruined by the exploitation we suffered at the hands of the government of Ontario … We sincerely hope a lesson will be learned from examining how our lives were forever altered by our childhood experience. If this letter changes the course of events for these newborns, then perhaps our lives will have served a higher purpose.”

Share this story and see what your friends think about what happened to the Dionne Quintuplets.