The world around is incredibly amazing and there is always something new to amaze and captivate our senses. Sometimes when we try something new, the result is not really what we expect. One such incident was recorded on a video and it went majorly viral on the internet, it goes by the name: the Hoover Dam Water Experiment. 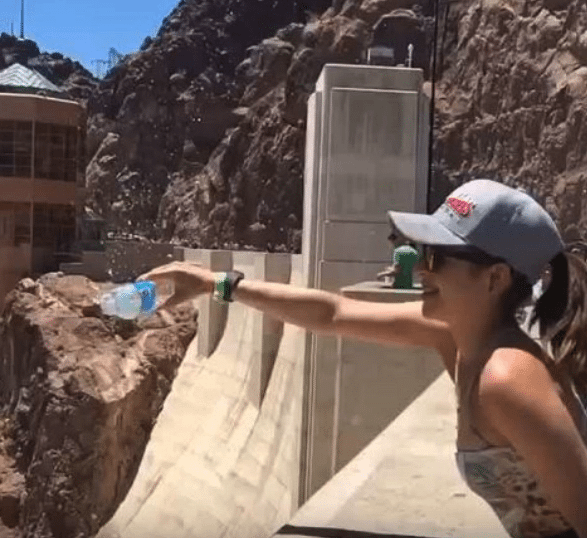 In the famous video, YouTube personality Leslie Hutchings shares the incident where she filmed her friend Camila performing an unusual experiment at the Hoover Dam. As the video starts, Camila is seen removing the lid of her water bottle and tipping it sideways so as to pour the water down. And while like any normal human being, you might expect the water to flow downwards, what happens is actually the opposite!

Defying all logic of gravity, the water actually starts flowing upwards instead of downwards and leaves the viewers absolutely startled! While you might watch the video in utter disbelief of what you just saw and argue that it seems to have been doctored in some way, there is actually quite a basic explanation for the phenomenon. The updraft within the dam is apparently so powerful that if water is poured over it, the air would actually blow it upwards instead of letting it flow down in a normal stream. Watch the amazing Hoover Dam Water Experiment in the video below: