Space is quite breathtaking! Just think for a second, we’ve only been able to explore a microscopic fraction of outer space… it’s so hard to wrap our heads around how big the universe really is. And, we are still learning so much about our very own solar system! Last Monday an image was released by NASA that their Cassini spacecraft took of Saturn’s frigid moon Dione… and it’s incredible!

This stunning image allows us to gets an up-close view of the moon that was taken by the aircraft back on July 23, 2012. The photo was taken when the probe was about 260,000 miles from the heavily cratered Dione, according to NASA officials. Dione is 698 miles wide and it is the fourth largest of Saturn’s 60-plus known satellites. This particular icy moon orbits approximately 234,000 miles away from Saturn, which is roughly the same distance that our own moon is from Earth. However, Dione orbits around Saturn one time every 2.7 Earth days, whereas our moon takes 10 times as long to complete a single orbit. 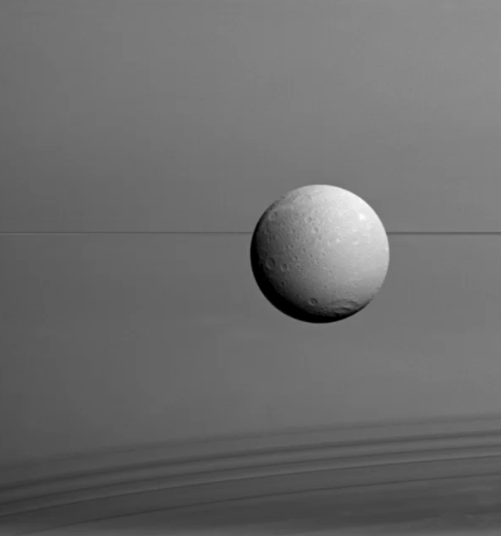 Check out some of these amazing images… they really are spectacular! 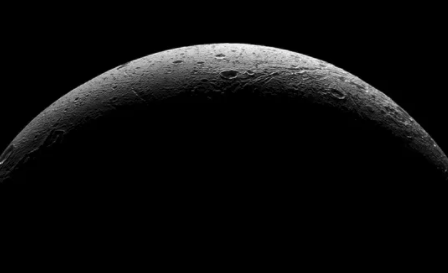 Share this story to remind your friends how big and powerful our creator is!