God calls us to love each other and even be willing to lay down our lives to save someone else. In fact, God demonstrated this incredible love to us when he sent his son, Jesus Christ, to die upon a cross so that we can be forgiven of our sins! An eighteen-year-old student named Lorenzo Pianazza was just going about life like any other normal day when he found himself in the perfect position to save a toddler who was in immense danger at a local train station. And, without thinking twice, Lorenzo jumped into action to save him… and security cameras caught the whole incident on film!

In the video, you can see Lorenzo walking by the tracks when he sees the boy fall. And, without even saying a word or hesitating for a moment, the young man pulls off his backpack and drops it to the ground. Then, he jumps down onto the tracks, grabs the child, and lifts him up to the arms of nearby helpers. “I saw that at the arrival of a train there was a minute and a half, I knew I could do it [in time], and no one else was moving. They were stuck, [the bystanders] stopped and looked on,” Lorenzo said. 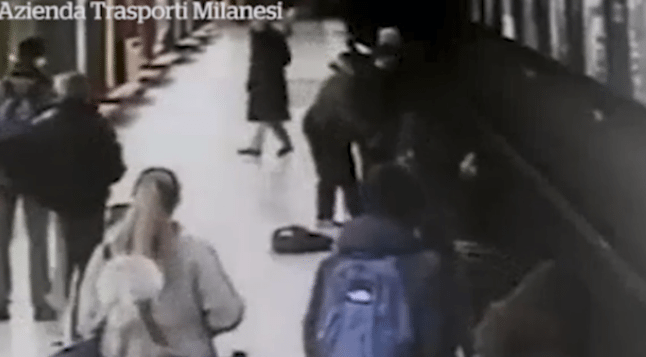 Meanwhile, the manager of the train station, Claudia Flora Castellano, had watched the scenario unfold on the security camera. So, she performed her own act of quick-thinking to save the child as she quickly pressed the red button to stop the oncoming train before it got to that part of the station. Now, Claudia and Lorenzo are being called heroes because their brave and quick actions saved this little boy’s life! The Mayor, Giuseppe Sala, even invited the two heroes to his home after hearing about what they did. Mayor Sala then said, “Today we have witnessed a brave gesture. Thanks to your readiness and that of the station agent which stopped the movement of trains a child was saved.” 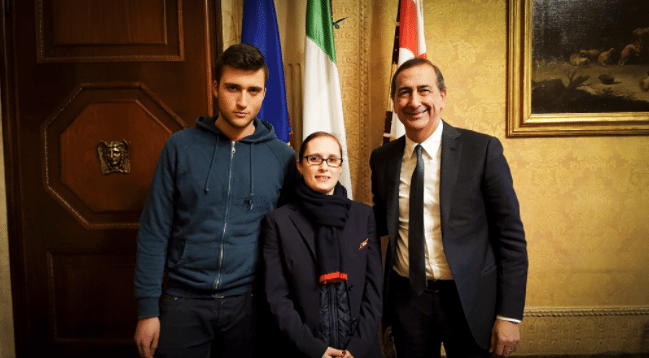 “The mother of the child has already thanked me, the important thing is that the child is back in her arms, the rest does not matter,” Lorenzo said. “They’re saying I was brave … I was just ready.” Watch the security footage in the video below and see the heroic rescue for yourself:

Share this story to help inspire your friends to do something kind today!