No matter how our children look or act, parents love them just the way they are and would not trade them for the world, even with their imperfections. They are God’s greatest gifts, after all. Just two weeks after baby Charlie was born, her mom, Ashley Nagy, knew there was something not right with her baby. She was sick and had red rashes on her neck, which then spread to her entire body. It turns out, at just a few weeks old, Charlie was having her first psoriasis flare-up. 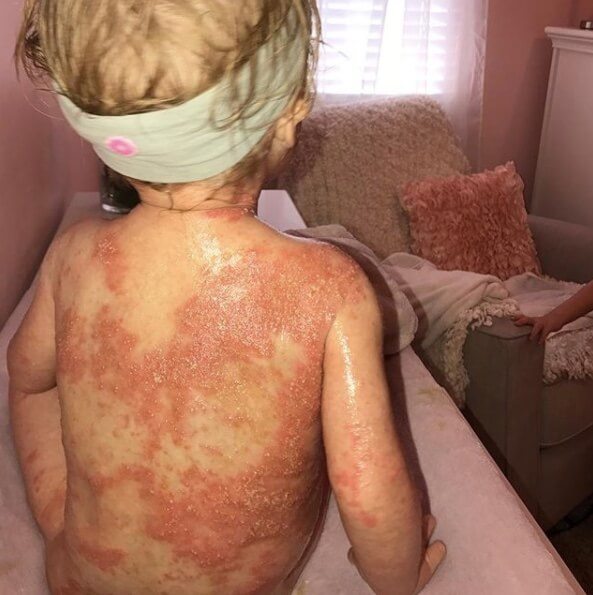 The doctors were surprised since Charlie was still so young, but there was no denying it. At just four months old, she was diagnosed with Psoriasis Vulgaris. When she was six months old, she was hospitalized for three days and put on immune suppressants. She had such a weak immune system that she had to miss out on parks and daycare. 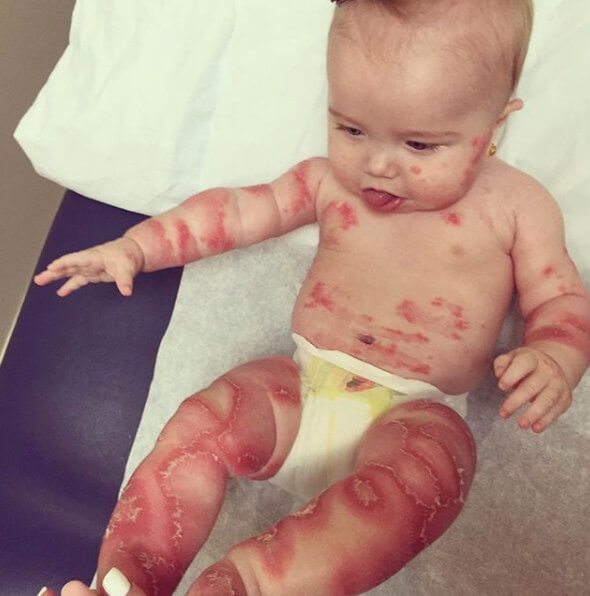 Ashley now makes sure her baby does not have any gluten or dairy. However, there is another problem that the family has to face, and that is unwanted stares and public ignorance. When out in public, people will often stare and try to avoid Charlie. Parents even pull away from their kids from Charlie, thinking what she has contagious. Ashley said that she doesn’t think people are trying to be cruel, they just want to be cautious, and don’t want “to catch it.” She is on a mission to raise awareness by cuddling and kissing Charlie every time they are out so that people will know they cannot catch it. 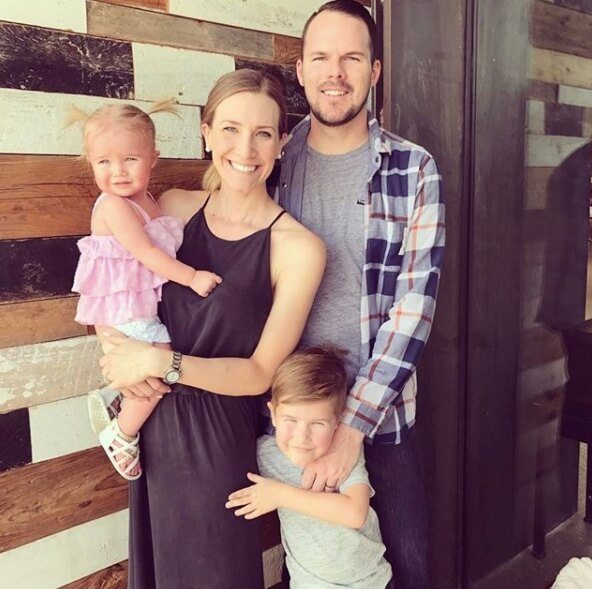