As parents, we always want to best for our kids. We try so hard to protect them and keep them safe, and that’s what this scary X-ray photo of a grape lodged in a child’s throat is going viral. 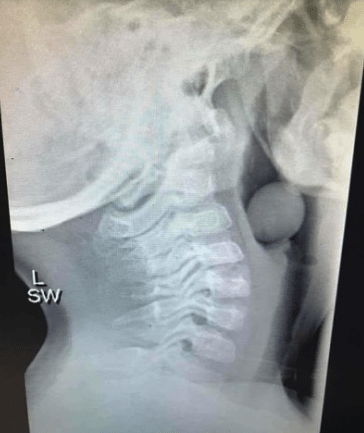 Even though grapes can be a healthy snack choice for little children, many parents don’t realize that this food can be very dangerous if it’s not cut up properly. And, not only should grapes never be served to children uncut, but it’s also important that the fruit is sliced lengthwise to prevent them from getting lodged in a child’s throat. Since the width of a grape is the same size as a small child’s airway, these snacks can easily turn deadly. And. this warning isn’t just for parents of toddlers. Angela Henderson, who is an Australian blogger, proved this point by sharing an X-ray image of a grape lodged in a 5-year-old’s throat. 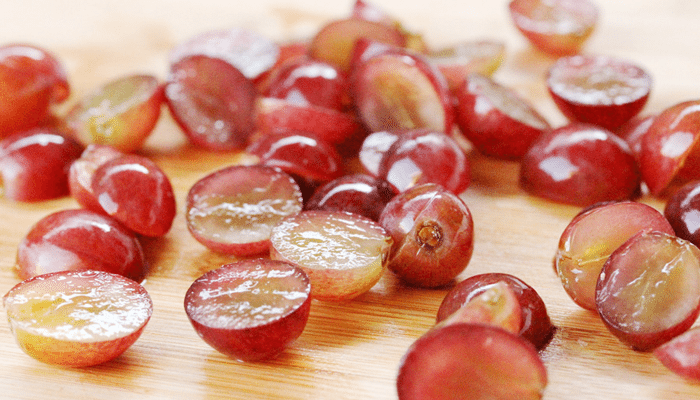 “Please be mindful that not all kids chew their food, are in a rush at school to get in the playground, etc.,” Angela wrote on Facebook. “Please be careful. And when in doubt just cut the damn grapes [and] baby tomatoes.” And, according to Angela, this little boy had to be operated on under general anesthesia so that doctors to remove the grape. She also went on to explain that his mom gave her permission for the X-ray to be shared. The mother hopes that this photo will raise awareness on the issues so that no other families will make the same mistake that they did. “He is VERY lucky that part of his airway was open, or else this could have ended badly,” Angela said.