God calls us to be kind to others and treat them the way we would like to be treated. When we hear about acts of kindness, it really makes us feel good and thankful that there are still caring people in the world! 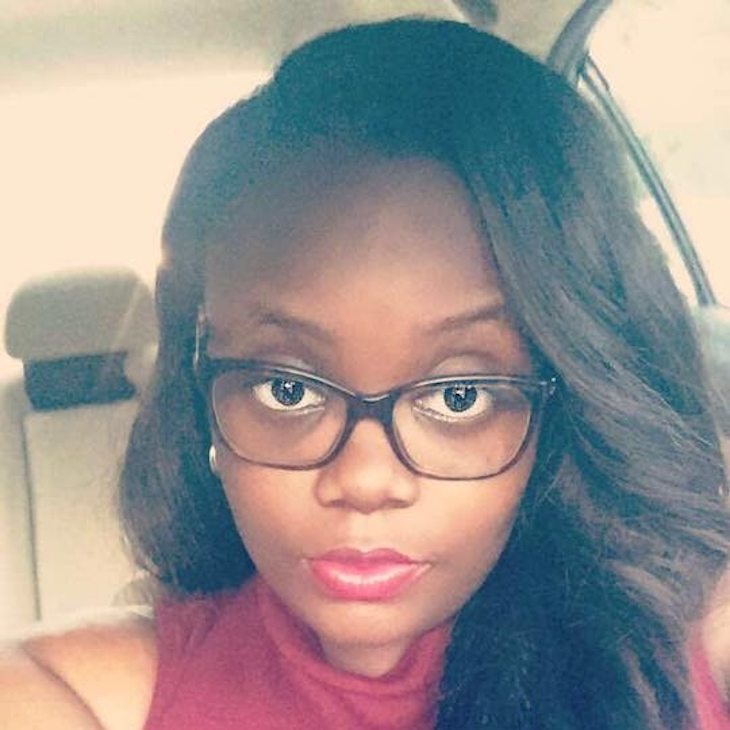 Chy-Niece is a young woman who was on her way to a job interview when out of nowhere she saw red and blue flashing lights coming toward her. She wasn’t speeding and had signaled for every turn, so she had no idea why the officer would be pulling her over. So, after gathering her documents, Chy-Niece rolled down the car window and spoke with the officer. The man, Officer Jenkins, politely informed Chy-Niece that both of the taillights of her car were out. This was the last thing she needed, especially because there was a hefty fine on top of having to repair the broken lights. But, that’s when Officer Jenkins did something so kind and blew Chy-Niece away. In fact, Chy-Niece was so moved by Officer Jenkins actions that she documented everything and shared what happened next on her Facebook page. This is what she wrote: 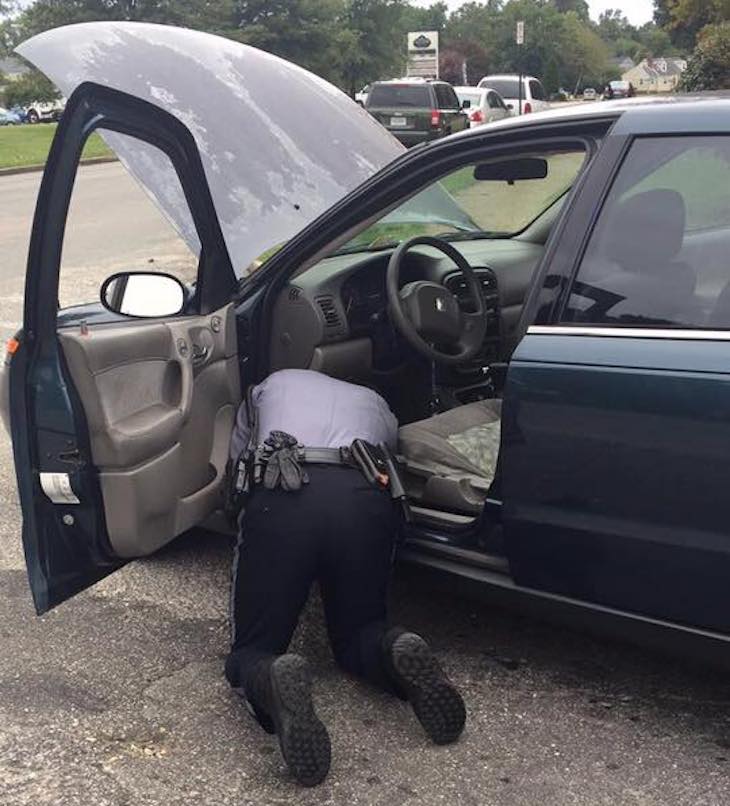 “So this happened just now. I’m on my way to go to my interview this morning when I get pulled [over]. Both brake lights decided to go out this time. As he walked to the car and I was pulling out my stuff, he quickly said: ‘Don’t worry about pulling anything out. I just want you to know that your brake lights are out.’ So I’m immediately upset because I just got them replaced like last month. So I explained to him how Firestone wants to charge me $600 just to run a test on the wiring of the car. He looked at me like [he knew it was crazy] and told me to pop the trunk.

He checked the lights in the trunk and tapped them, but they didn’t come on. So he told me to pop the hood to check the relay box then asked me to get out to check the other one. He could’ve easily given me a ticket, but Officer Jenkins stepped out of officer role and into a mechanic role to make sure I was [good to go]. #HesABlessing.” 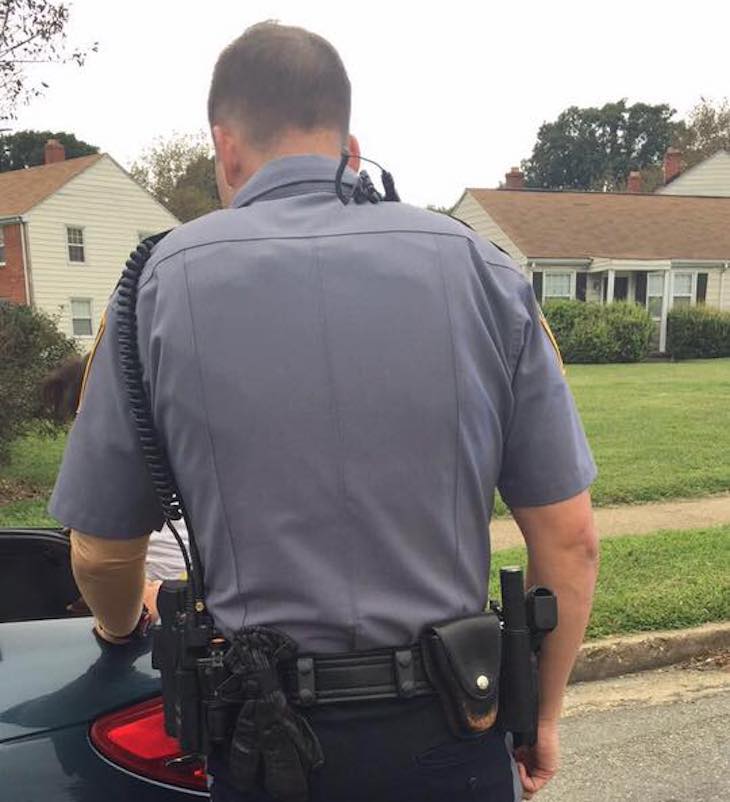 Share this story to inspire others with Officer Jenkins’ kindness!