God calls us to take care of our bodies because they are his temple. Weight loss is tough, and anyone who has been on a diet knows that you should usually try to eat fewer calories in order to lose weight. However, a new study has found that weight loss may be more dependent on the quality of food we eat, not on the quantity.

The study, which was published in JAMA, found that people who cut back on added sugar, refined grains, and highly processed foods and instead concentrated on eating plenty of vegetables and whole foods lost significant amounts of weight over the course of a year. Not only that, but the weight loss that individuals had using this strategy did not appear to be influenced by their genetics. 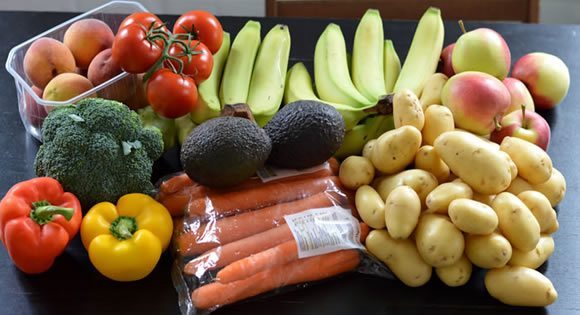 The research strongly supports the notion that diet quality, not quantity, is what helps people lose and manage their weight most easily in the long run. Not only that, but it also suggests that health authorities should start to move away from telling the public to obsess over calories. Instead, researchers who performed this study encourage Americans to avoid processed foods that are made with refined starches and added sugar. Some of these ‘bad’ foods include bagels, white bread, refined flour, sugary snacks, and sugary beverages, according to Dr. Dariush Mozaffarian, cardiologist and the dean of the Friedman School of Nutrition Science and Policy at Tufts University. “This is the roadmap to reducing the obesity epidemic in the United States,” Dr. Mozaffarian, who was not involved in the new study, said. “It’s time for the U.S. and other national policies to stop focusing on calories and calorie counting.”

Foods like soft drinks, fruit juice, muffins, white rice and white bread are technically low in fat, but the low-fat group in this study was told to avoid those items and eat foods like brown rice, barley, steel-cut oats, lentils, lean meats, low-fat dairy products, quinoa, fresh fruit, and legumes. The low-carb group in this study was told to choose nutritious foods like olive oil, salmon, avocados, hard cheeses, vegetables, nut butter, nuts and seeds, and grass-fed and pasture-raised animal foods. The new study is different from many other previous weightloss trials because it did not set extremely restrictive carbohydrate, fat or caloric limits on people. Instead, it allowed the groups to focus on eating whole or “real” foods as much as they needed to avoid feeling hungry.

Share this story with your friends who are trying to lose weight to let them know about these new scientific findings!