One man’s proposal to two girls, his fiancée as well as her sister, has gone viral. The reason is not what you might think. No, it’s not that he can’t figure out which one he loves, the real reason is an irresistibly sweet love story. 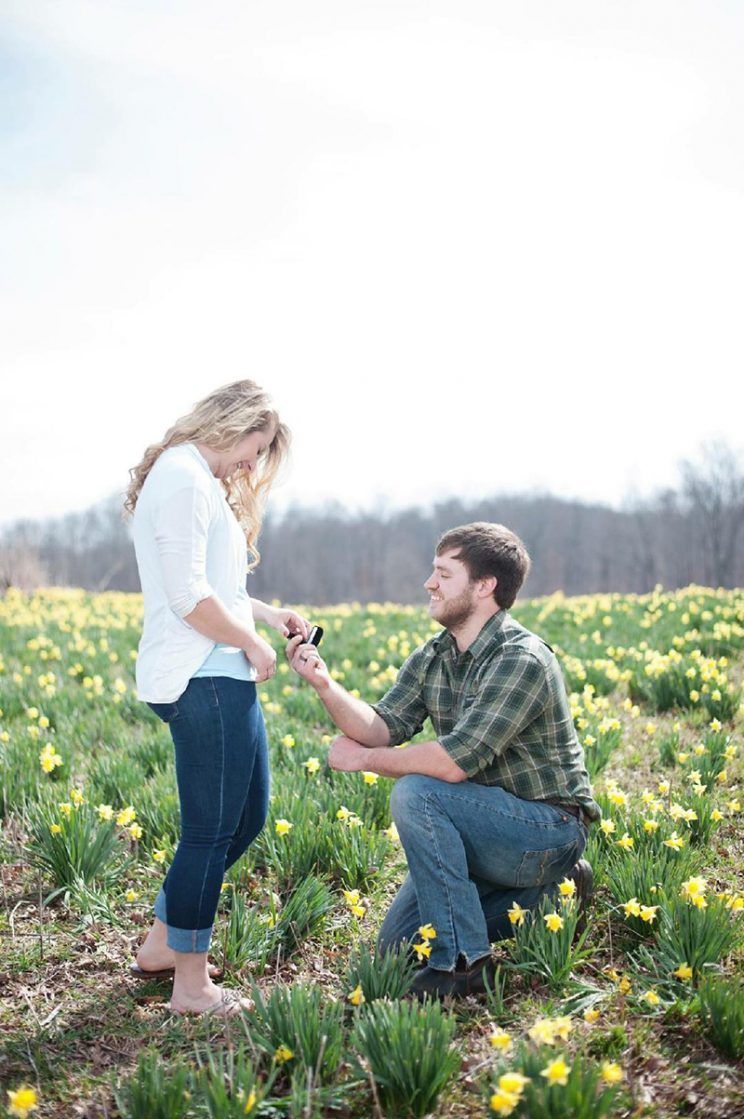 “He needed two rings to pull off a proposal that will melt your heart,” noted the July 4th Humankind video post on Facebook, detailing how Will Eaton of Santa Claus, Indiana, proposed to 23-year-old Ashley Schaus during an annual family photo shoot but not before asking her sister, 15-year-old Hannah, to be his “Best Friend Forever.”

Hannah, who has Down syndrome and diabetes, “will always need to be in her older sister Ashley’s care,” The Facebook post on the sisters’ story has more than 309,000 views and 652 shares since Tuesday.

“Will and I met October 2010. He had an old Chevy Camaro and I took a picture of his car, posted it online and said I loved this car, if only I could ride in it! Well, mutual friends tied us together, and the next thing you know I’m getting picked up for our first date in it,” Ashley shared in a post about her engagement to Will on the Knot’s site How He Asked.

“But the real story is when I introduced him to my sister Hannah. She has Down syndrome and diabetes, and I am very protective of her. Not only are we sisters but we are best friends. We’ve done everything together. I told Will that Hannah and I were a package deal. You had to accept her, love her, and include her in everything because she and I would attached at the hip forever.”

She continued, “Will went above and beyond, always including Hannah in our dates. We went to all the Minion movies, parks, theme parks, and we’ve all become best friends over the past 7 years (he even bought US a German Shepherd puppy!). He is the best thing to have ever come into our lives, and I’m so lucky to be calling him my husband soon.”

Ashley says her parents currently care for Hannah, she and her fiancé live next door, and help out whenever her parents are at work.

“I am Hannah’s legal guardian if anything were to ever happen to my parents before they are no longer able to care for her anymore,” says Ashley, who works as a seamstress of blankets and quilts with her sister (and whose fiancé works in a power plant). “I have no problem taking care of Hannah. I incorporate Hannah so much into my life now, that in the future it will not be much different. Will and I have our own separate life as a young soon to be married couple, but Hannah is still a part of our everyday life.”

She will also play a big role in the upcoming wedding as “best sister,” Ashley says, when “she and Will are going to share best friend vows to promise to care for one another, go fishing, and share jokes. They’ll also share a little dance to Harry Nilsson’s ‘Best Friend’.”