Animals are amazing and God has created so many different species on earth for us to interact with. We are called to take care of animals, and that’s exactly what park officials in Sao Paulo did after coming across a duck in desperate need. 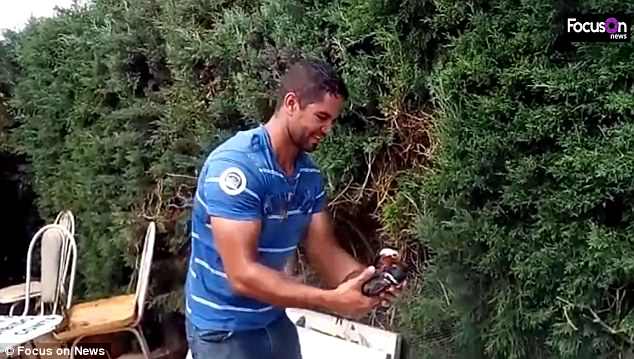 The bird, which lives on a nature reserve in Sao Paulo, was found by park officials earlier this month while struggling to swim and making futile attempts to dive beneath the water to catch food. “When I pulled the Mandarin out of the water I realized he had suffered a major trauma which had caused him to lose buoyancy,” Reinaldo Grivol, who works as a park official at the Parque Clube de Pirajuí, said. “His webbed feet were gone, and his shanks were mutilated stumps, dripping with blood. We believe he was attacked by either a large carnivorous fish or by an otter that bit off his feet while he was in the water.” 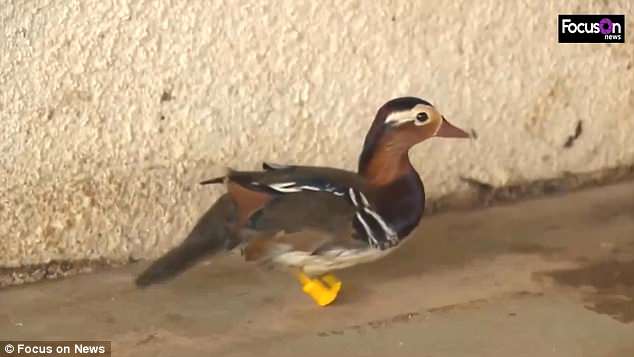 The duck wasn’t just any ordinary animal, it was a prized bird that is regarded as the world’s most beautiful duck. This animal has a stunning plumage and the injured fowl was taken to Wilma Pinatti, who is a local vet, immediately. “I managed to successfully treat the injuries by curing the lesions and dressing the wounds, but this was evidently not going to be enough,” Pinatti said. “It was clear the fowl couldn’t be released back into the wild as he wouldn’t survive. I asked a good friend, who specializes in dental prostheses, to help me find a solution so the duck could walk again.” 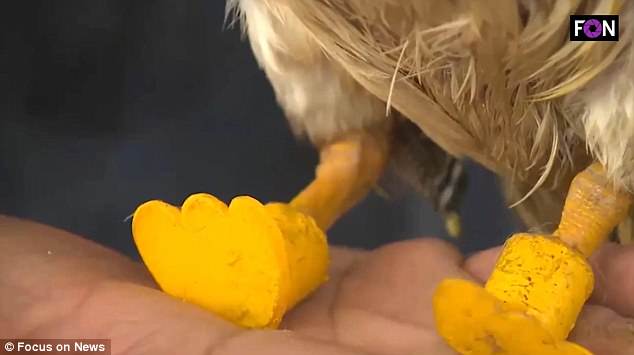 The challenge with this duck was complex because vets needed to make sure that the synthetic legs wouldn’t make the bird’s injuries worse or cause any blistering. However, the vets knew that the prosthetics would be able to extend the animal’s ability to live independently on the reserve. “The prosthetics had to be lightweight while at the same time strong enough to sustain the duck’s weight and resistant, allowing him to swim again without pulling him down in the water,” the pet specialist said. 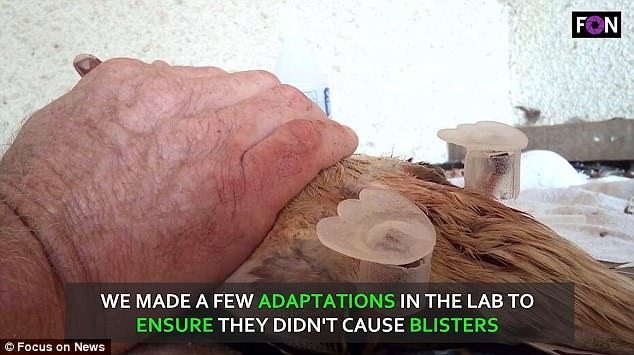 In order to create these new synthetic legs, dental prosthetics technician, Marcelo Calister measured the duck’s shanks and discovered that his index finger was a good judge for the width and thickness of the injured animal’s legs. “After a bit of trial and error, we found the best method was to use a silicone based dental resin, the type used in dentures,” Calister said. Calister also explained that he took comparative measurements of the feet from other Mandarins who were in the park. The mold was made in the shape of little boots with the covering extending up to seal in the duck’s leg and the bottom cut to resemble webbed feet. 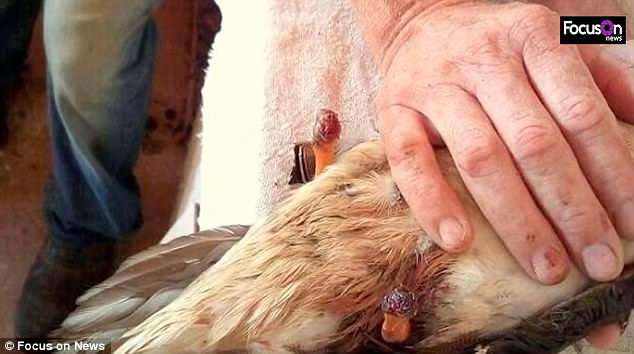 “The fitting process was very fast. Within 40 minutes the prostheses were attached to the bird and he adapted to his new look immediately,” Calister said. And, to everyone’s delight, the adult red-bill male experienced no complications after the procedure and is currently having physiotherapy sessions in a bathtub to practice swimming. The vet also visits the duck once a week in order to monitor its recovery. The Mandarin is still on medication and will only be released back into the wild once it’s made a full recovery. However, in the meantime, the cute animals is keeping everyone entertained as it clacks around the yard in its new yellow boots! 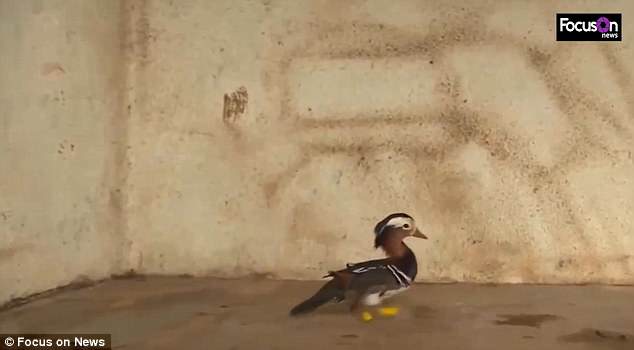 Share this story with your friends to make them smile today!