David’s behavior shocked his soldiers. Had they not risked their lives to get water from Saul’s camp because he was thirsty? And yet he just poured the contents of the jar on the ground instead of drinking it. But when he reveals his reason for doing so, we get a glimpse into how great King David was. For him, the water was sacred because of how his soldiers risked their lives for it, and to drink it would be like drinking their blood. 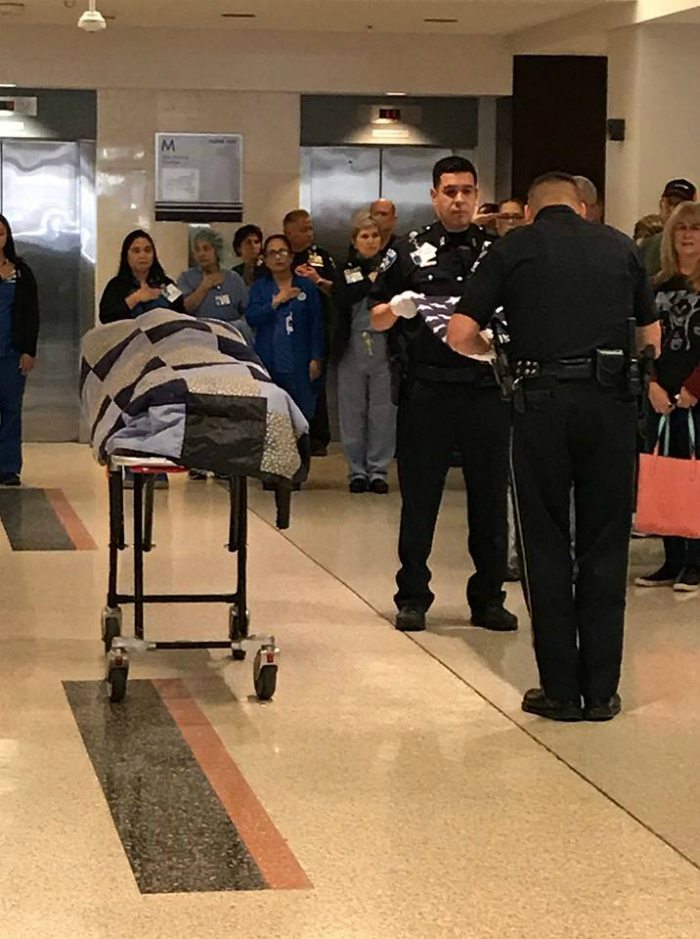 Perhaps it is the same set of Biblical values that guide the Presbyterian Hospital in Dallas, Texas, to pay attention to veterans who are admitted. Don Burchman, who visited the hospital one day with his friend, Mary, tells about how 60 of the hospital’s staff lined up outside an ambulance that had arrived at the hospital. The doors of the ambulance opened, and a gurney carrying a dead body was rolled out, and as it moved along, the staff placed their hands over their hearts in respect. The woman who followed behind was even presented with the national flag. His friend Mary “was told that this was a military veteran and that is something that they do for all veterans who pass away at the hospital.” 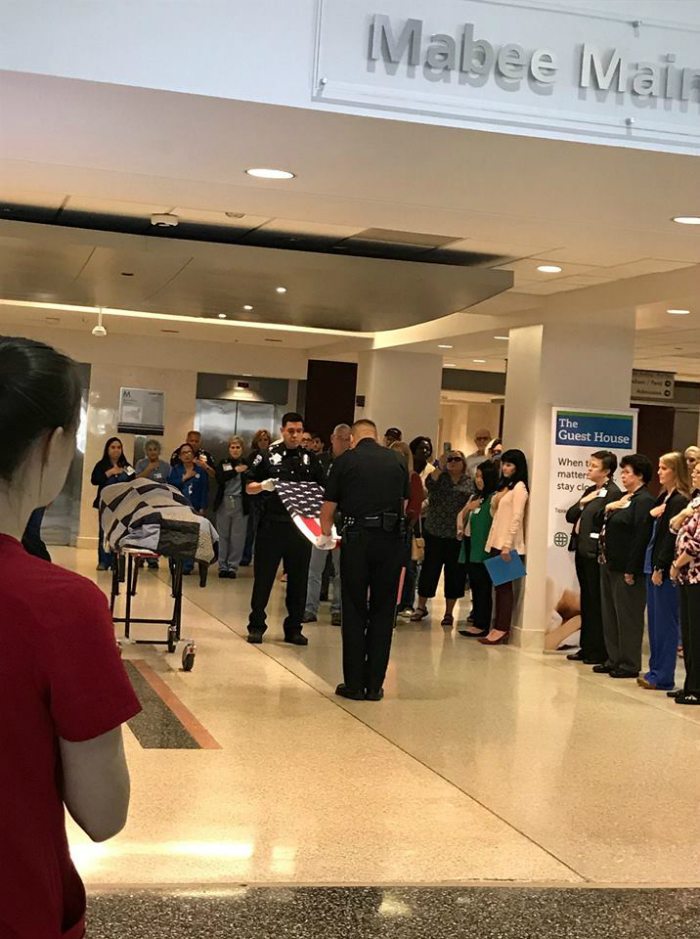 The two were very moved by the hospital’s gesture and joined the staff in paying respects to the dead man. The actions of the hospital staff are very touching and it sends a strong, beautiful message to our society.

Share this inspiring story to make your friends smile and don’t forget to thank a veteran today!