Children sure know how to have fun and laugh more than adults do. We tend to become more serious as we grow up and we laugh less often, how unfortunate! Not just because having a good laugh is fun, but also because laughing is really good for our health. Good health is a blessing from God, so we should do everything we can to take care of our bodies, including being less serious and having a merry old time occasionally. Laughter is good for the physical body as well as for our emotional well-being. It helps our immune system, reduces stress and improves our mood. We need to seek out opportunities for laughter and humor through which relationships are strengthened, bonds are created, and spirits are lifted. To that end, here’s a story captured on video by a man who thoroughly enjoyed himself at the harmless expense of his friends, who ultimately had a good laugh too. 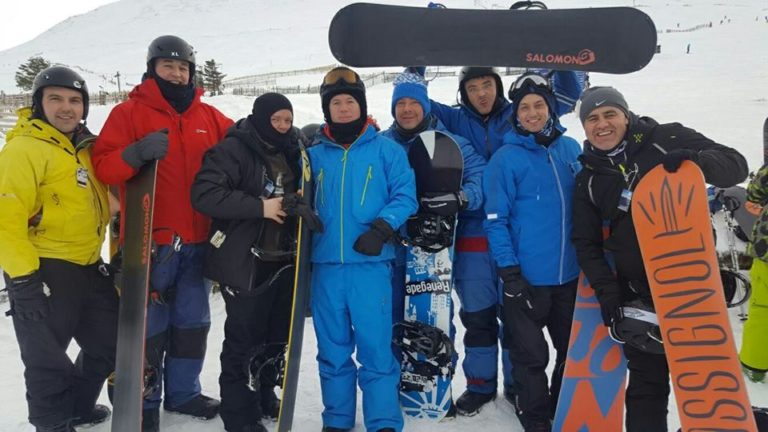 In today’s digital age, everyone has a camera in the palm of their hands. This makes it so easy to capture moments when the opportunities suddenly arise because something funny or shocking or poignant could happen at any time. This is what has led to the phenomenon of viral videos on the internet. One viral video has a man cracking up as he films his friends being clumsy. It went viral because it manages to get everyone watching in splits too. What transpires in the video looks like something straight out of a television slapstick comedy show. 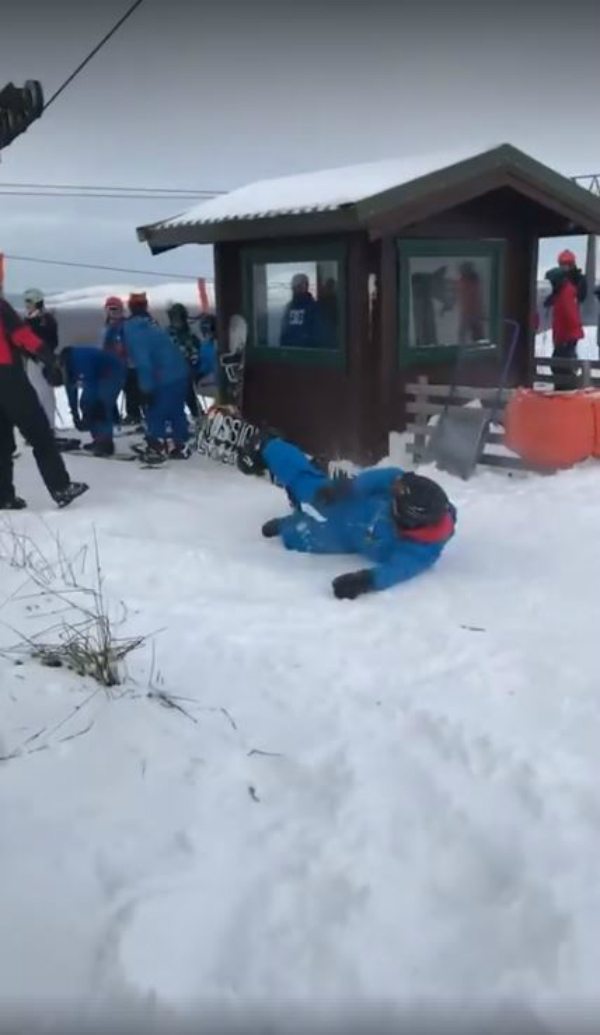 Tony Galloway, a Scotsman, and some of his friends were on a ski trip recently. Now, it can be quite a task getting up on a ski lift, even for habitual skiers, because of all the thick clothing restricting movement. Whether Tony was expecting his friends to struggle with boarding the lift is unknown, but luckily for everyone, he was ready with a camera to record the whole incident. That particular lift is simple enough to board – put the contraption between your legs, squeeze and then lean back, letting the lift pull the person up the hill. Tony was the first to board, which we know because he’s the one filming. His friends try their best to get on but fail miserably. Tony, meanwhile, is filming and having the laugh of his life. What makes it even funnier is that you can see other skiers, including children, get on their lifts without any trouble at all. Tony’s friend Zander tries a second time and fails again but refuses to let go. He simply lets himself get dragged up the ski slope while hanging on for dear life. Tony is still laughing hysterically. Thankfully, Zander reaches the top of the slope safe and sound.

Do you know someone who loves to ski? Share this video with them to make the laugh today!