We as humans have been blessed by God with the boundless power of our mind that encourages us to defy all limitations of our physical form and take up prodigious challenges that continue to inspire generations after us. One such brilliant example of what humans are capable of was represented by figure skating couple Maxim Trankov and Tatiana Volosozhar. The duo left the spectators spellbound with their breathtaking performance back in 2010. As the audience watched the duo perform on the ice, they were absolutely intrigued by the level of complexity and risk that was involved in each of their performing acts. 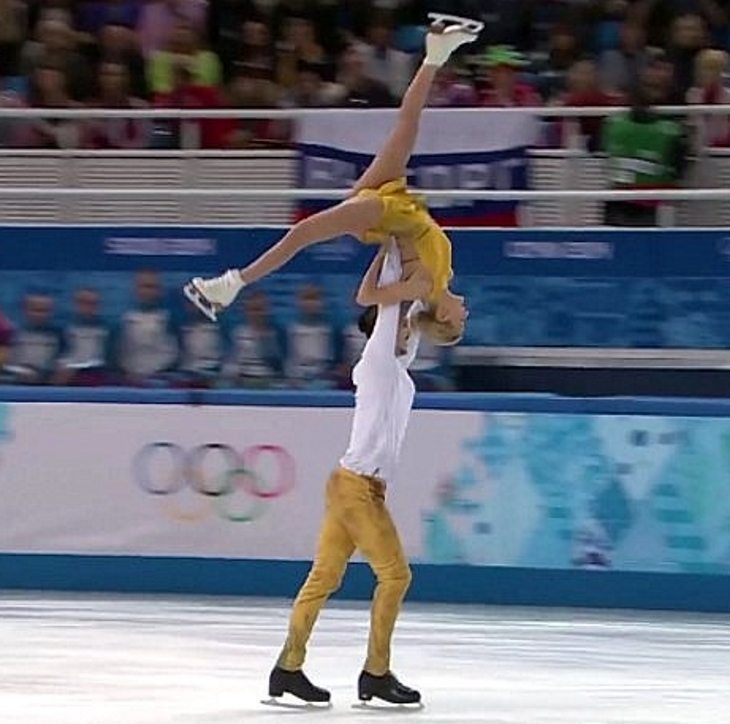 With their eyes on the gold medal at the Sochi 2014 Winter Olympics, Both Maxim and Tatiana performed each of their movements with great precision and finesse. Paired with the famous musical number Jesus Christ Superstar by Andrew Lloyd Webber, the duo’s routine was nothing short of an award-winning act. As the audience watched the performance open-mouthed, it became clearer what the final verdict was going to be. And with their mind-blowing final act, both Maxim and Tatiana simply nailed it! Although having a prolific history in the world of skating, the duo had been paired up as a team for the very first time in their 2010 performance. Practiced with a strong routine and discipline, their acts have always been a visual treat for the audience.

Share this mesmerizing routine with those you love today to impress them with this duo’s talent!