God blesses us with amazing bodies that are capable of so much! However, not everyone is blessed with good health and many people struggle with various ailments that keep them from living life to the fullest. Jennifer Jones is a strong young woman who has been unable to breathe normally because she has cystic fibrosis. According to the Cystic Fibrosis Foundation’s official site, the condition is a “progressive, genetic disease that causes persistent lung infections and limits the ability to breathe over time.” Jennifer was able to undergo surgery for a lung transplant back in October of 2017 at the Mayo Clinic in Rochester, Minnesota, and this surgery totally changed her life! 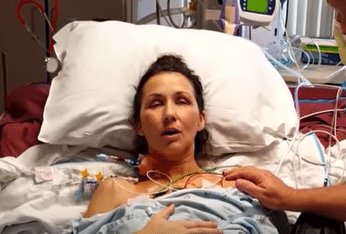 Jennifer had received her Cystic Fibrosis diagnosis 11 years ago and, as time went on, her lung function declined more and more. At one point, her lung function had dropped all the way down to just 10.8%, and by that time she was considered a viable candidate for a transplant. Luckily, the doctors were able to find a match for Jennifer and she underwent a successful surgery. Jennifer’s fiancé, Rob Ronnenberg, was by her side as she was waking up from the surgery and he was able to capture the amazing moment she took her first breath with her new lungs on camera. Rob then posted the emotional video on YouTube where it has gotten over 1 million views so far! The couple hopes that viewers will share the video and consider registering to become organ donors. 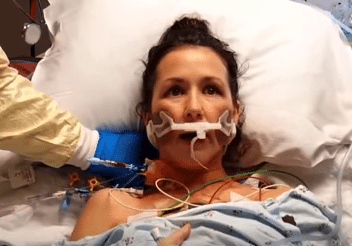 Watch the incredible video below… but make sure to grab your tissues first!

Share this video with your friends to help spread awareness about organ donation!