A father’s love is one of the greatest forms of love a child can experience.

Children discover early on that it is their father’s that out their dreams on hold in order to encourage their children to fulfill their own. Thousands of children look up to their fathers as role models and heroes, aspiring to be like that figure of unconditional love. Children and even wives have complete faith in the man of the house, trusting him to make the right decisions and endure the responsibility of stabilizing the family. Women all over the world often form special bonds with their father, using him as the standard for the men they will eventually spend their lives with. If a man does not treat them at least with as much respect as their father, then that man does not deserve them. Fathers too play a crucial role in the relationships their children form by acting as a support system both during the good and the bad times. From education to recreation, from fun to tears, parents are the ladders children use to reach the pinnacle of success. And they have complete faith that those are ladders that will never break down on them.

One of the traditions of marriage, especially Christian marriage, is the part where the father walks his daughter down the Aisle. Ready to give her away to a whole new family, he also engages in the first dance of the night with her, cementing their bond as a father-daughter relationship. It does not matter if she is going to get a new last name or if she will no longer legally belong to his family, at the end of the day, she is his daughter and that is how their relationship will always remain. Most fathers and daughters are always excited about these aspects of the wedding ceremony. However not every father and daughter get to see it happen. Life can be cruel sometimes, but with the help of the people in our lives, wishes can sometimes come true after all.

Take the case of Willie Shelton. He was suffering from terminal cancer yet his greatest wish was being able to see his lovely daughters grow up and someday walk them down the aisle. However, he had seven daughters and not enough time to make that dream come true. But his family was not ready to give up, and they hatched a plan where he just might get what he wanted after all.

With help from the local hospice, Taylor Elchart Photography, David’s Bridal, local hair studios and everything else they would need to create the perfect brides, the stage was set for Willie l’s wish to be granted. The whole plan was arranged in a very rushed manner, time was of the essence. The plan, however, was kept a secret from Willie – it would be a surprise for him on a great day. He was told that his already married daughter Emily Flinn was going to renew her vows and that he would give her away at that event. According to family member Cheryl, she told Willie that the reason the girls were getting dressed up was so that they could be bridesmaids for Emily. After all, which girl does not enjoy dressing up in a wedding gown?

After three days on the day of the event, Willie was taken by surprise when he saw each of his girls come out of the house, all wearing wedding dresses. Although he initially looked confused, he soon caught on to what was going on. And in a ceremony presided upon by Millersburg Christian Church Pastor Wes McElravy, the girls got to see what their father might look like on the day of their actual wedding. Within two weeks, on Monday, October 16th, Willie Shelton passed away after fulfilling his greatest dream. Each if his girls would receive a locket with a picture of their father and themselves in their wedding dress. At the back of the locket, the words ‘a father’s love never ends’ was engraved.

In another touching story, Kristen Mundell lost her father in the line of duty when she was sixteen years old. As an officer serving with the Seattle Police Department, he responded to a domestic disturbance call one fateful day and suffered wounds that would lead to his death within a week. He left behind his wife Lisa, his ten-year-old son Austin, and sixteen-year-old Kristen. 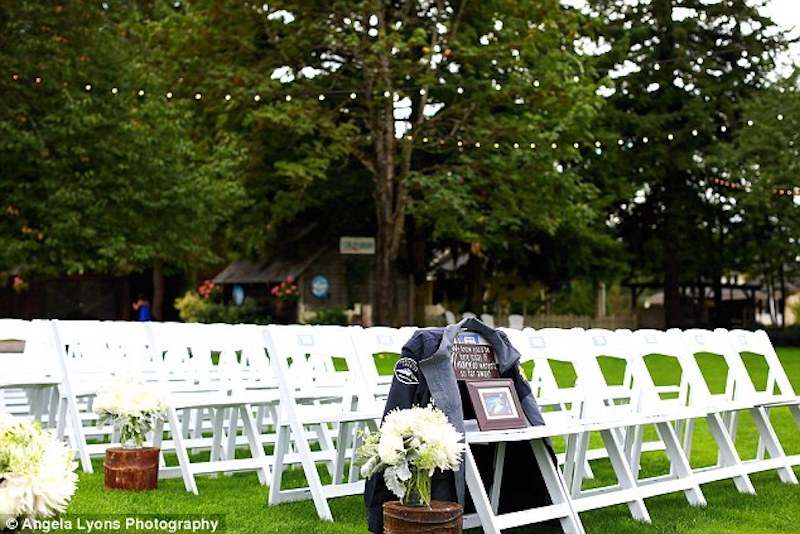 Years later, when it was finally time for Kristen to walk down the aisle, she knew that her father would not be there. Yet she still prepared a special seat for him on the front row if her wedding. There she placed his jacket and a picture of him, in memory of the man. During the wedding, it was father Kent Mundell’s friend,  Seattle Police Detective Don Jones who gave her away. When it was time for the father-daughter dance it was Jones who danced with her. Kristen was truly touched, but she was not expecting what came after this. After Jones, another member of the police force asked for her hand in a dance. Then another. And another. Soon it was clear that they were not just implying their role in protecting their friend’s daughter, but also paying a tribute to Kent himself. The gesture made Kristen break down in gratitude, and by the time the last officer was dancing with her, he had to hold her up. The whole room was in tears, there was no one at the reception who had a dry eye that day. Father-daughter relationships are powerful, enduring and leave visible and invisible marks on the psyche of those involved. A bond that lasts beyond time, it is powerful enough to still draw emotion, long after one of the people involved have passed away. 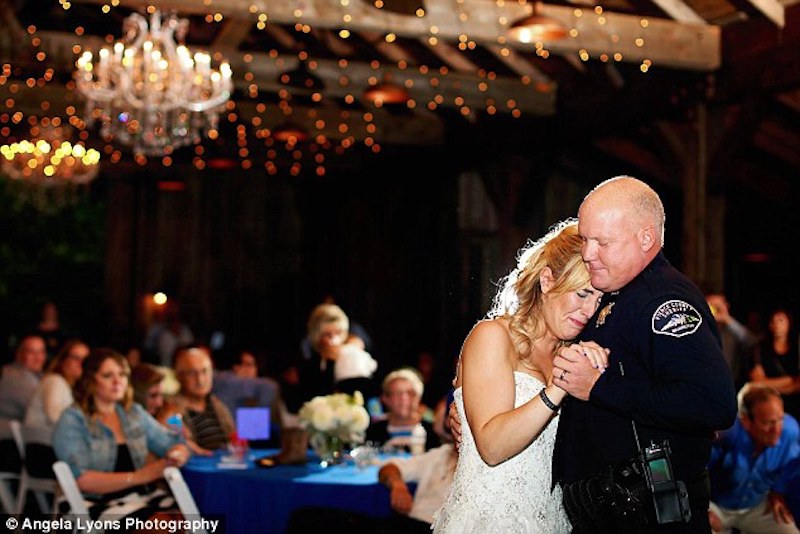 Share these sweet stories and take time to call your dad today!