There are still people in the world that have goodness left in them. Although times are trying and it’s difficult to believe in humanity, an incident like this is all it takes to renew your faith in God and people alike. The incident took place last summer and the men involved in this heroic video are being deemed as heroes. As explained by the Cats Protection Atherton and Wigan group on Facebook, the cat had been taken in a home burglary. No one really knows why the burglars decided to take the victim’s 15-year-old cat. What’s even more appalling is the way in which he tried to dispose of her. According to the post, “evil person riding past was seen to throw the cat in a box into the water.” 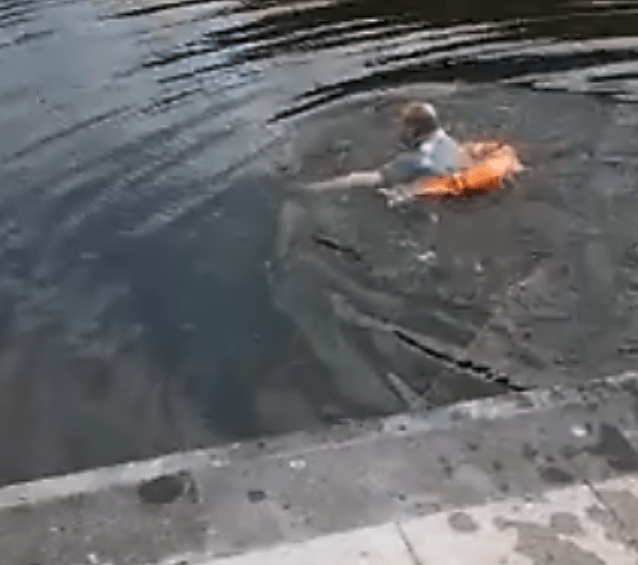 A few men who were working nearby saw this happen and jumped into action. While the cat was crying for help in the freezing waters, Stu Smith but a life buoy around Phil Dawson, his co-worker. “It was on its back drowning and crying. It was about 20 feet away and I wasn’t able to get the buoy to it,” Stu said. “It kept going under, it was such a shame.” Stu got the cat whose name is Midnight and brought her back to safety. Midnight was so traumatized by the whole thing that she could barely move at first. Phil then took her to a vet who took good care of her and she was sent home afterward. Kind people are everywhere. You just have to be aware of this fact and keep your eyes open to see them!

Share this video to inspire your friends and remind them to be kind to all of God’s creation!