God bestows a special love onto parents so that they can raise children in the way of the Lord! Now, parenting is not easy, but it is so rewarding. And, if you thought that raising one child was tough, imagine giving birth to and raising 4 babies all at once! Newlyweds Bethani and Tim Webb were so excited to learn that they were expecting a child of their own! But, when the couple went in for a routine ultrasound to monitor their baby’s progress, they were in for the surprise of their lives! 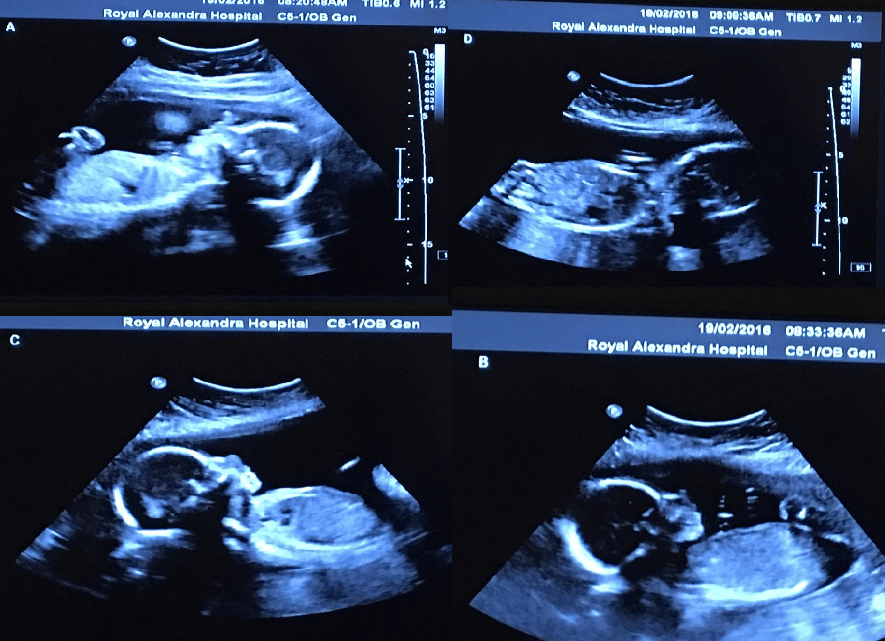 Three months after Bethani became pregnant she went in for an ultrasound that revealed she wasn’t just expecting one baby, but the young woman was pregnant with quadruplets! And, these weren’t just any quadruplets, they were identical. This occurance is so rare that nurses estimated the chances of Bethani conceiving quadruplets naturally to be only one in fifteen million! Everyone was shocked to learn this news, but the couple was still ecstatic and eager to welcome these 4 baby girls into their lives! 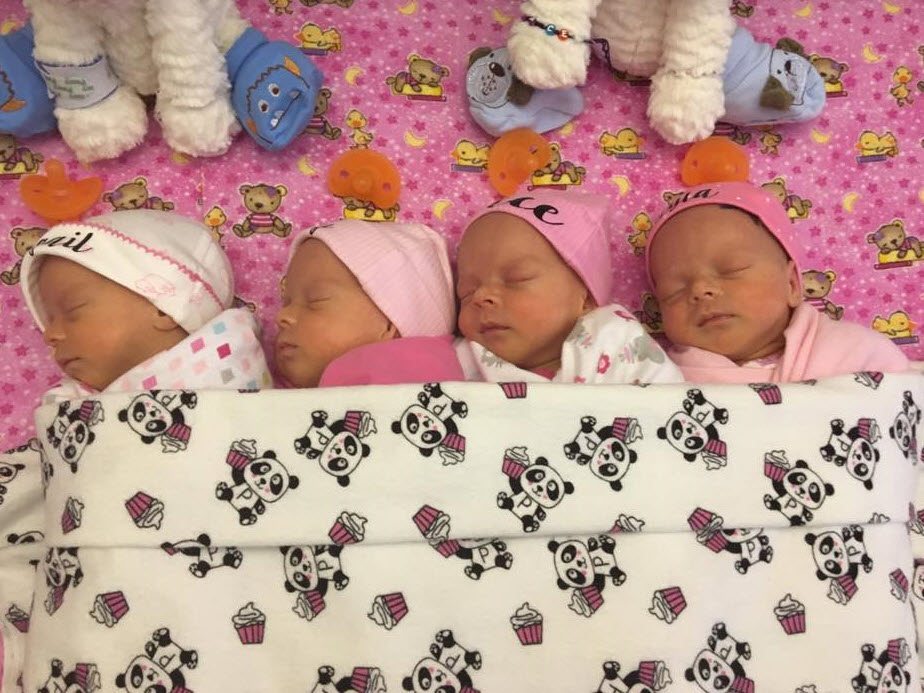 “It was completely and totally natural. It was very spontaneous,” Bethani said. “She turned the screen and she started counting babies and she counted baby one, baby two, baby three and baby four. I’m definitely glad I was laying down because I could not believe that there were four there. I thought there had to be some kind of mistake… (my husband) almost fainted. He had to sit down for a moment.” 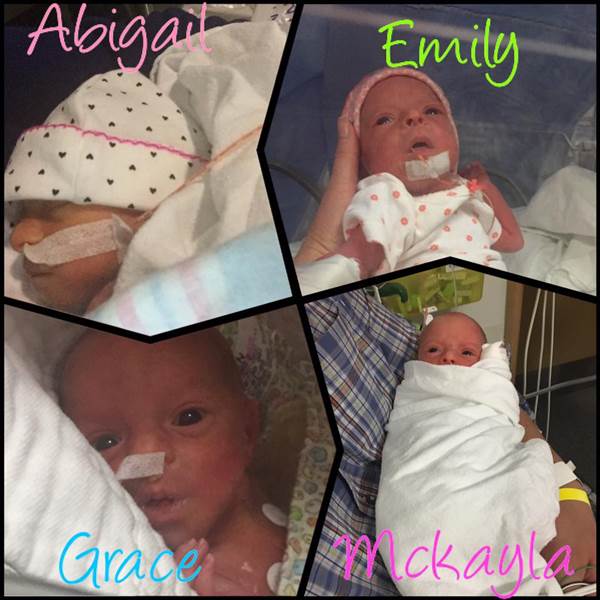 What makes this case even more extraordinary is that neither Bethani or Tim have any history of multiples in their families. And, after 33 long weeks of pregnancy, Bethani gave birth to the four beautiful girls. The girls, Abigail, McKayla, Grace, and Emily, were born via cesarean section. And although the babies did have to stay in the neonatal intensive care unit for a couple of weeks after birth because they were born early, there weren’t any severe health issues or complications! 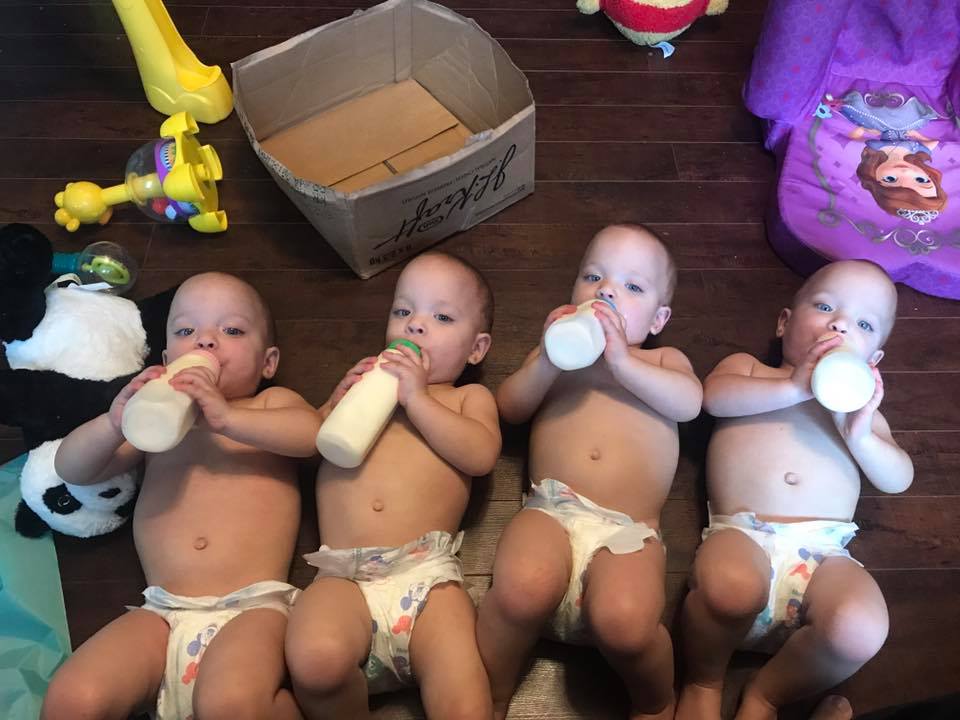 “With the high-risk nature of the pregnancy there was always talk that there was some risk of delivering very early,” Dr. Billy Wong said. “For us to get to this date in the pregnancy, almost 33 weeks, we were actually very fortunate.” The new parents are still getting used to this new life with 4 babies, but they are loving every minute of it! “At this point, I’m not able to tell them apart,” Bethani said. “We’re going to paint their toenails and assign them each a color.” 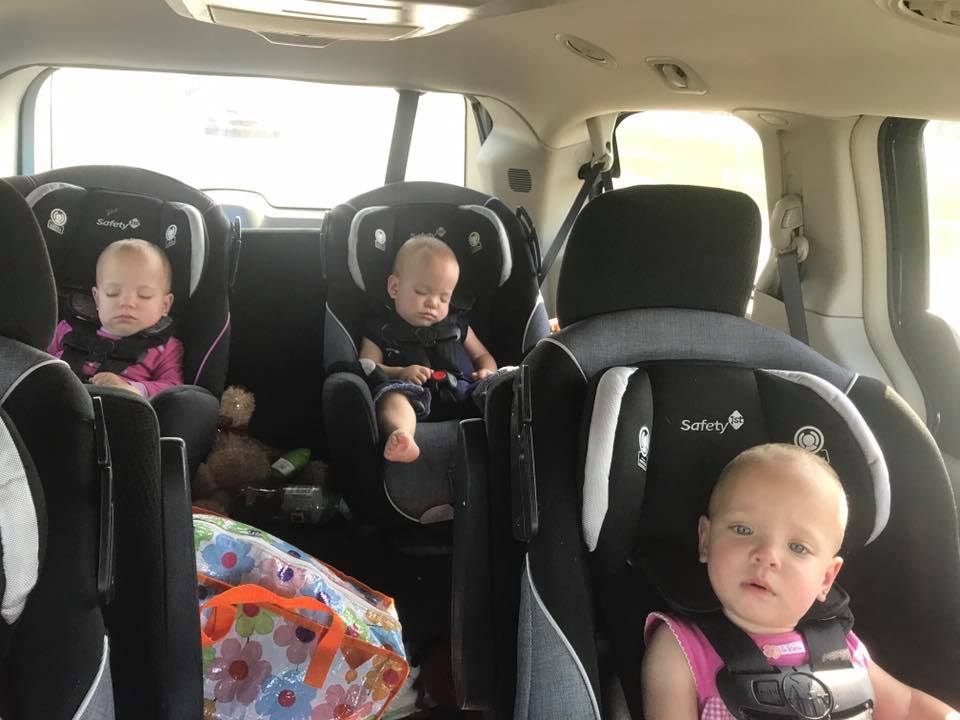 And taking care of these 4 girls is getting quite expensive! Luckily, The Webb family has gotten numerous donations from friends, family, and their neighborhood. They have been able to purchase a bigger car all the diapers and baby clothes they desperately need!. “It’s a little overwhelming knowing that I’m taking care of four little babies,” Bethani said. “But it’ll be good. Once they get home and I get into a routine, I’m sure it won’t be too bad.” 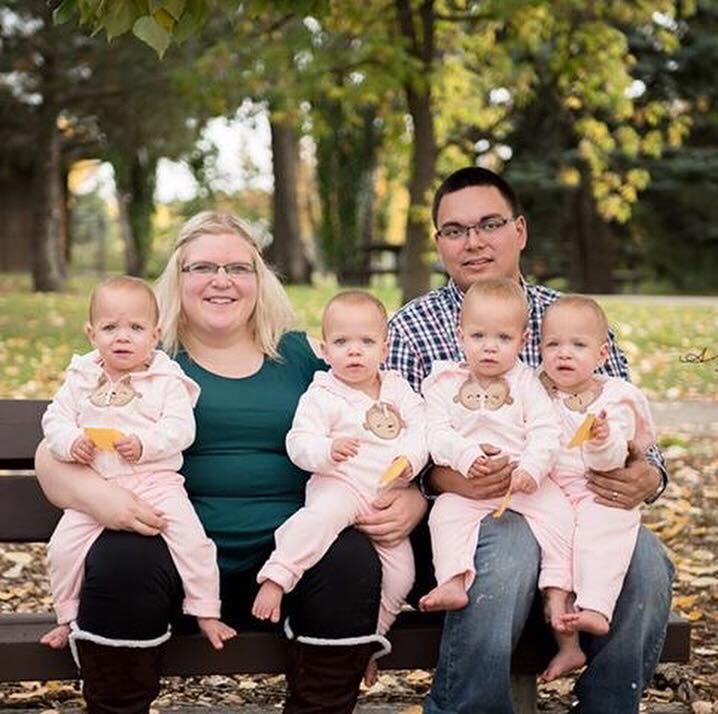 Share this crazy story with your friends and pray for the Webb family as they raise these 4 beautiful girls!