The talented actress underwent a double mastectomy and let her diagnosis change her life for the better!

Opening about personal issues is extremely hard, not to mention emotional. A person who faces a challenge and overcomes it knows how difficult the experience is. It takes courage and faith to endure pain and suffering and yet emerge as a champion. One such champion is Christina Applegate who opened up about her double mastectomy and how, one morning, she decided to remove both her breasts. In 2008, Christina Applegate was diagnosed with breast cancer and she got both her breasts removed soon after the diagnosis. She opened up about her experience and revealed intimate details right from her decision to the surgery. According to her: “It came on really fast. It was one of those things that — I woke up and felt so right.”

Her decision to go for the mastectomy was decided one morning after she woke up. One reason for that was because she did not want to go for radiation. There was a possibility that her cancer could recur even after taking radiation doses. The only way to ensure it didn’t happen again was a double mastectomy. The decision for Christina was an emotional one but she stayed strong. On Oprah, Christina said, “At first, I didn’t [cry]. When I met with my doctor and I told him that was my decision, and he brought the surgeon in, the floodgates just opened up, and I lost it.” 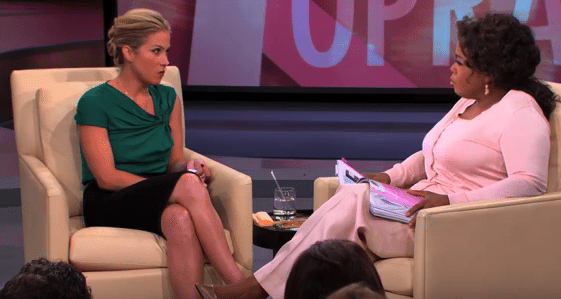 One of the things that scared Christina was the nature of the surgery. She had seen the doctors do a horrible job during her mother’s double mastectomy and she scared the same thing would happen to her. It suddenly made her very emotional. She said, “In my own mind, I’m thinking, ‘Oh my God. I’m going to be, like, butchered, and it’s going to be horrible.’” In the end, Christina’s surgery turned out to be a success and she is now happily living a cancer-free life. The courage to conquer fear and live up to life is all it takes.

Share this story and inspire others with Christina Applegate’s story!