As Christians, God calls us to be honest. Being honest isn’t always easy, but it’s the best thing we can do. For many of us, it’s not uncommon to accidentally lose some money or leave change behind after buying something. However, how often do we hear of someone going the extra mile to return that money to us? Well, on Chick-fil-a employee named Marcus went above and beyond to make sure that customer Danny Cadra got his money back in his pocket.

“I’m supposed to keep this and give it back to him,” Marcus recalled saying after the man had accidentally left the drive-thru window without taking his change. “I knew he was a regular, I was going to see him again eventually.” Even though it was only a few dollars, the diligent employee made sure to tuck the cash away in his uniform and carry it with him each day until he saw Danny again. “It was basically a part of my uniform,” Marcus said. “It was my name tag, my hat, my apron and I just put it in my back pocket, just in case today might be the day where I see him.” 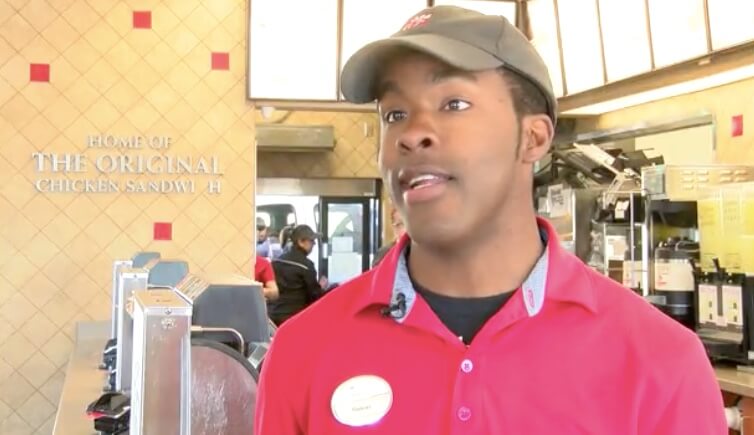 And sure enough, a little over three weeks later Marcus saw Danny in the restaurant again. He then went up to Danny and returned the money that he had left there weeks earlier. “He’d been holding onto it for I don’t know three weeks or more, and I’m just like man this is the coolest thing, what a great American,” Danny said. “He’s like, ‘Yeah you just drove out without your change, and I was like ‘Are you serious, man?!”

And, while Marcus thought of this simple act as merely part of his job, Danny was very surprised that somebody would go out of their way to return that small amount of spare change. “It was like $3 and some change, and I would never have missed it,” Danny said. “What a breath of fresh air. It meant that much to him, so it meant even that much more to me.” 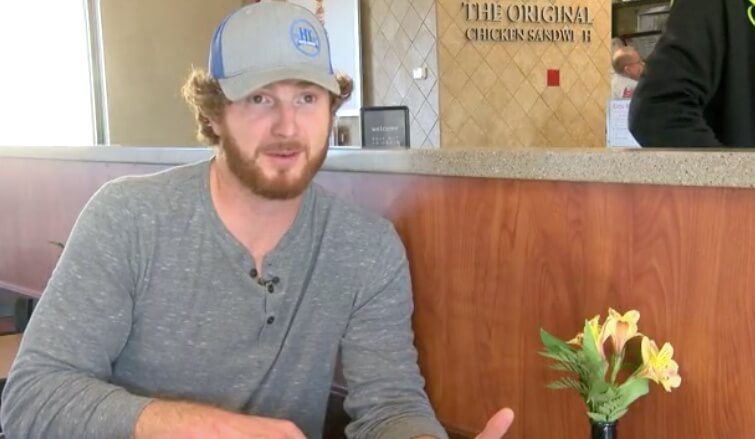 Share this story to inspire others with what Marcus did!