Albert Einstein has been an inspiration to the world for ages. God blessed him with a great brain and he used it to make life simpler for our generation. He believed in simple things and lived pretty much a simple life. He seemed happy, and that’s why people were so eager to buy what he wrote about the secret of happiness. 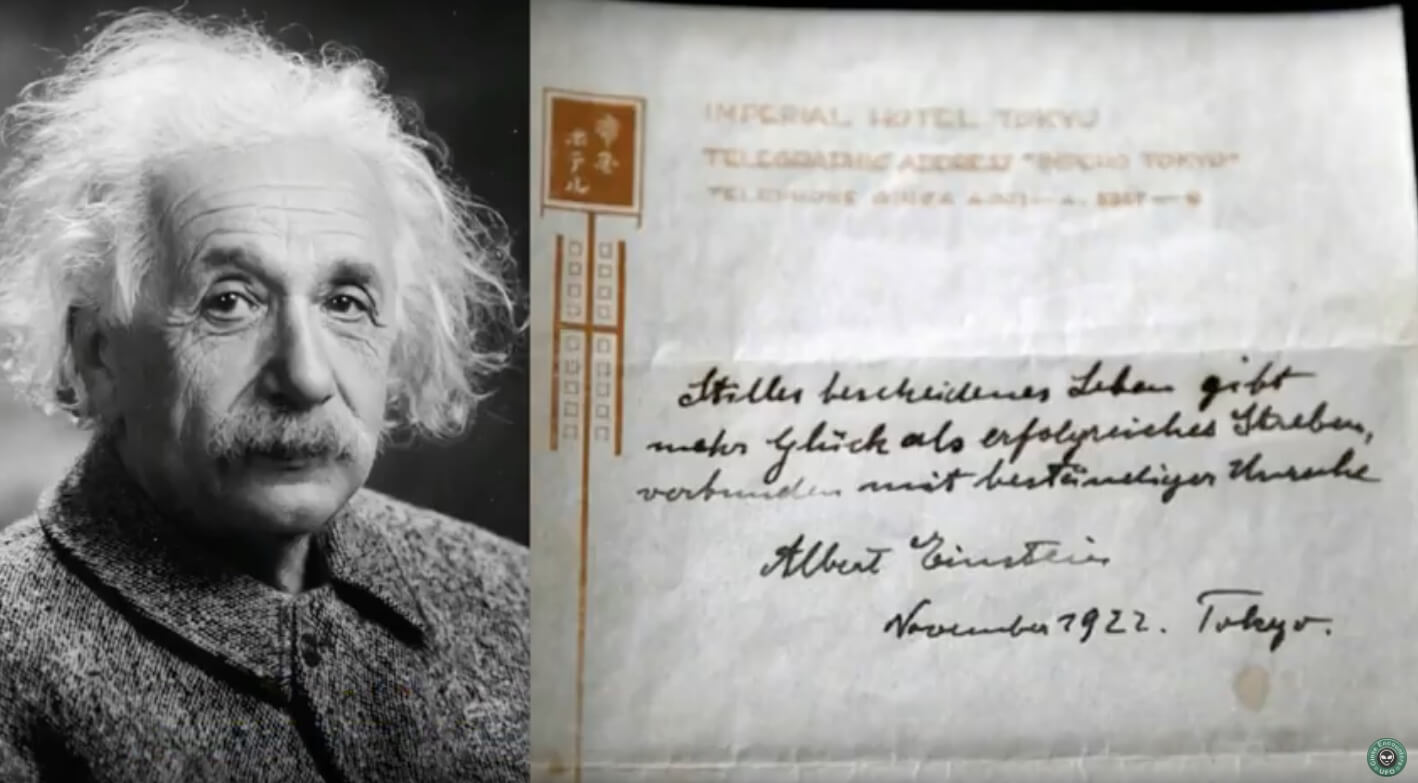 Once upon a time in 1922, Einstein scrawled a few lines on the back of a note he then gave to a bellboy in Tokyo instead of a tip. Now, that note sold for a whopping 1.56 million U.S. dollars! The legendary scientist had just won a Nobel prize in Physics and he told the bellboy that if he was lucky enough, that note would amount to a lot of money in the future. The note clearly made a fortune after it sold for $1.56 million at an auction house in Jerusalem. The gift that was a little unusual and seemingly worthless at the time made a fortune over 100 years later. So what exactly was it that Einstein wrote? What was the secret to happiness? 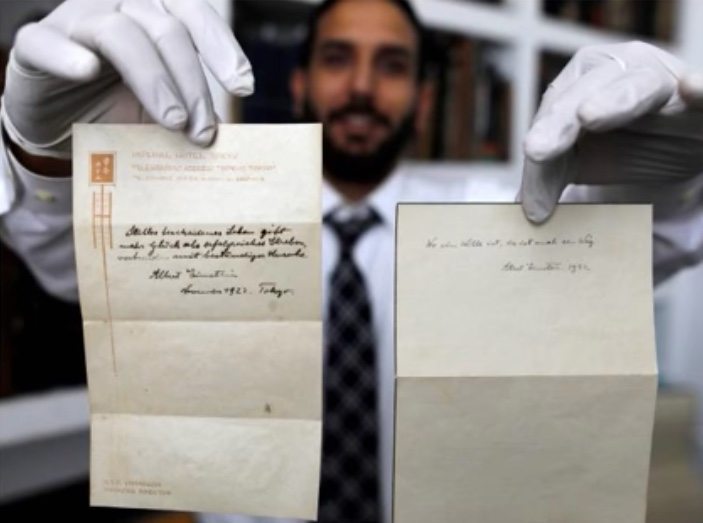 The note read, “A calm and humble life will bring more happiness than the pursuit of success and the constant restlessness that comes with it,” and, “Where there’s a will, there’s a way.” Good one Einstein! Someone just bought the secret to happiness – a humble lifestyle, by spending over a million dollars. The irony is not lost on anyone. Besides the irony, what the renowned scientist said was indeed wise. We’re a generation drunk on power and success. Instead of chasing the high dollar, why not take a step back to truly appreciate and enjoy the simple things in life? Calm and simple, almost like the life Jesus led on Earth.

Share this story with your friends and see what they think about Albert Einstein’s advice.