John Candy was known all over the world as one of the funniest comedic actors in history and left us at the early age of 43.

Candy rose to fame as a member of the Toronto branch of the Second City and its related Second City Television series, and through his appearances in such comedy films as Stripes, Splash, Cool Runnings, Summer Rental, Home Alone, The Great Outdoors, Spaceballs, and Uncle Buck, as well as more dramatic roles in Only the Lonely and JFK. One of his most renowned onscreen performances was as Del Griffith, the loquacious, on-the-move shower-curtain ring salesman in the John Hughes comedy Planes, Trains and Automobiles. 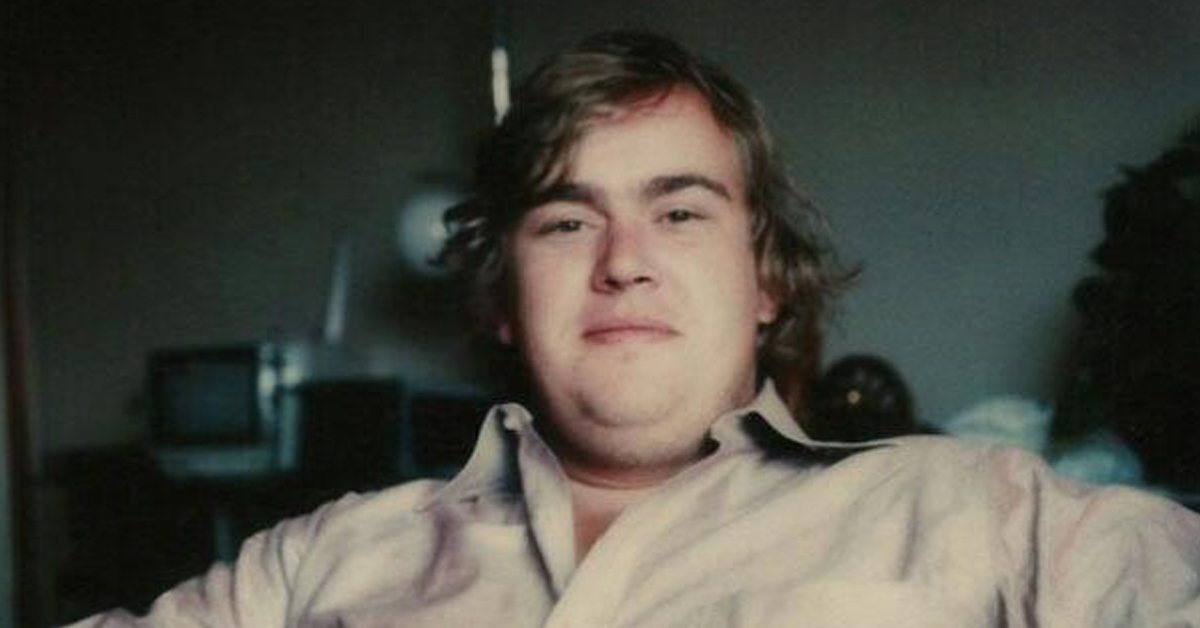 While filming the Western parody ‘Wagons East!’, Candy died of a heart attack in Durango, Mexico, on March 4, 1994, at age 43. His final two films, ‘Wagons East!’ and ‘Canadian Bacon’, are dedicated to his memory. 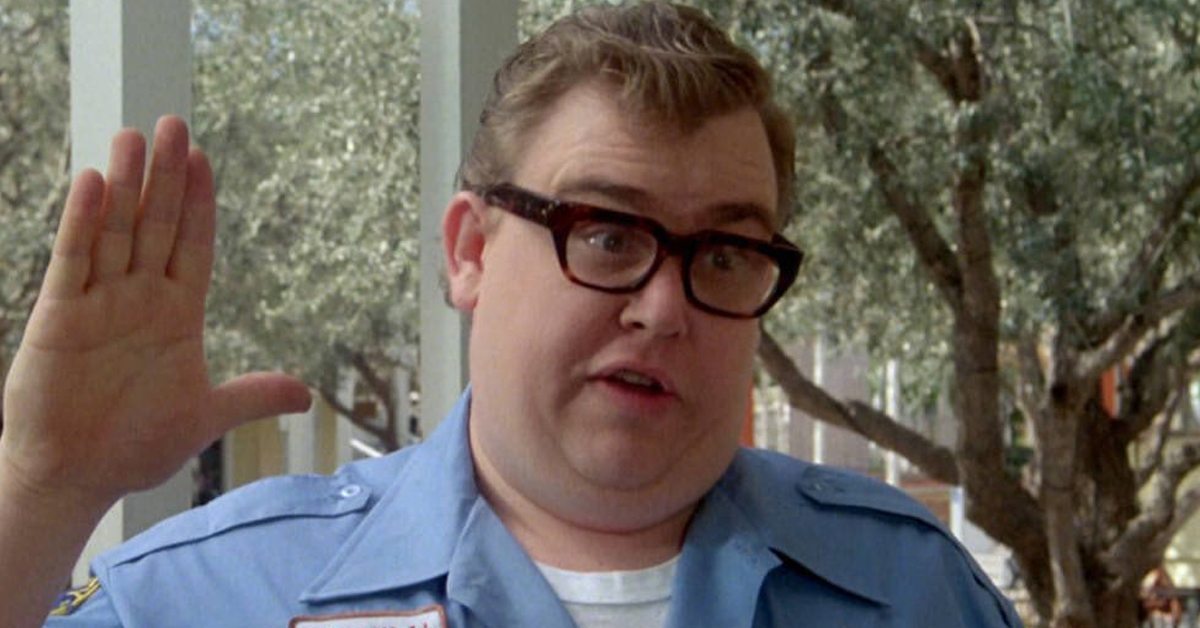 In 1979, Candy took a short hiatus from SCTV and began a more active film career, appearing in a minor role as a US Army soldier in Steven Spielberg’s big-budget comedy 1941 and had a supporting role as parole officer Burton Mercer in The Blues Brothers. A year later, Candy played the lovable, mild-mannered Army recruit Dewey Oxberger in 1981’s Stripes, one of the most successful films of the year.

In 1983, Candy had a cameo appearance in Harold Ramis’s National Lampoon’s Vacation and appeared on Saturday Night Live twice (hosting in 1983) while still appearing on SCTV. According to writer-comedian Bob Odenkirk, Candy was reputedly the “most-burned potential host” of SNL, in that he was asked to host many times, only for plans to be changed by the SNL staff at the last minute. 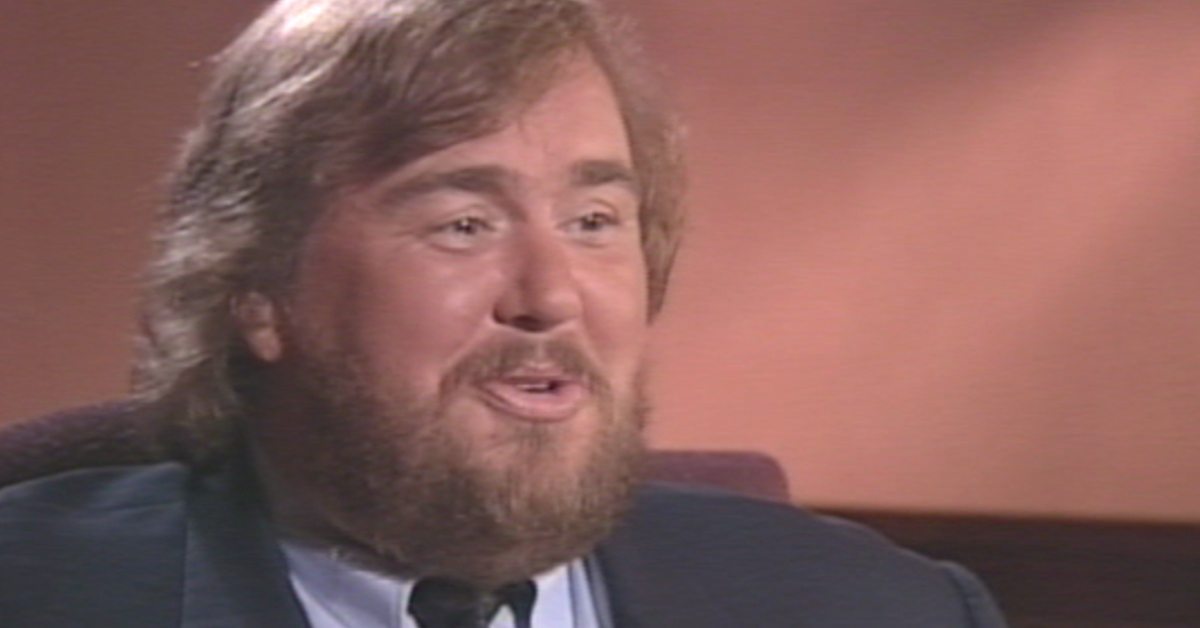 In 1983, Candy headlined in the film Going Berserk, and was also approached to play the character of accountant Louis Tully in Ghostbusters (completed and released in 1984), but ultimately did not get the role because of his conflicting ideas of how to play the character; the part went instead to Rick Moranis. Candy was one of the many celebrities who appeared chanting “Ghostbusters” in Ray Parker, Jr.’s hit “single” for the movie. In 1984, Candy played Tom Hanks’s womanizing brother in the hit romantic comedy Splash, generally considered his break-out role. 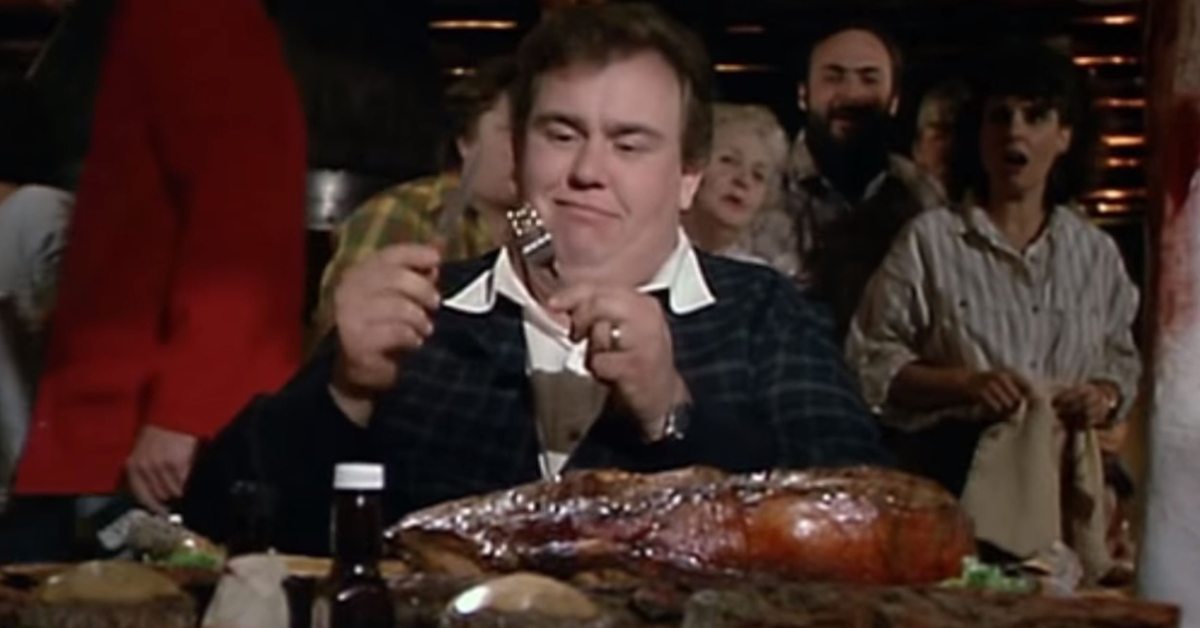 Throughout the latter half of the 1980s, Candy often took roles in substandard films (performing the voice of a talking horse in the Bobcat Goldthwait comedy Hot to Trot). While continuing to play supporting roles in films such as Spaceballs, Candy headlined or co-starred in such comedy movies as Volunteers, Planes, Trains and Automobiles, Brewster’s Millions, The Great Outdoors, Armed and Dangerous, Who’s Harry Crumb?, Summer Rental, and Uncle Buck. He also continued to play bit parts, including a disc jockey in the comic musical film Little Shop of Horrors and a policeman in the Sesame Street film Follow That Bird. 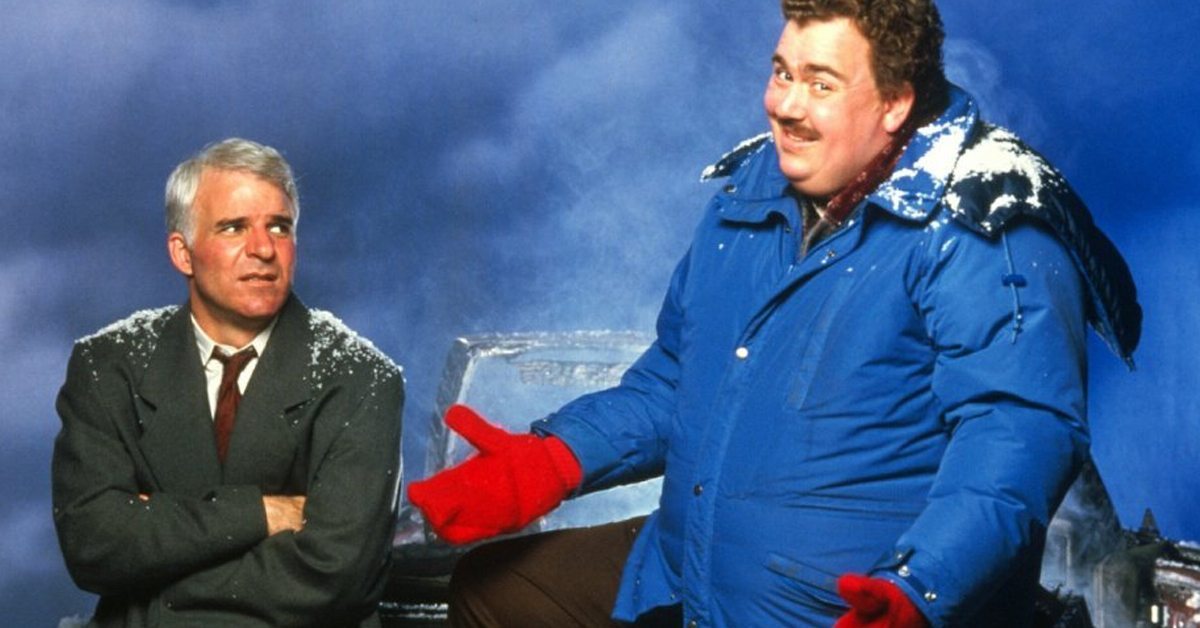 Candy also produced and starred in a Saturday-morning animated series on NBC titled Camp Candy in 1989. The show was set in a fictional summer camp run by Candy, featured his two children in supporting roles, and also spawned a brief comic book series published by Marvel Comics’ Star Comics imprint. 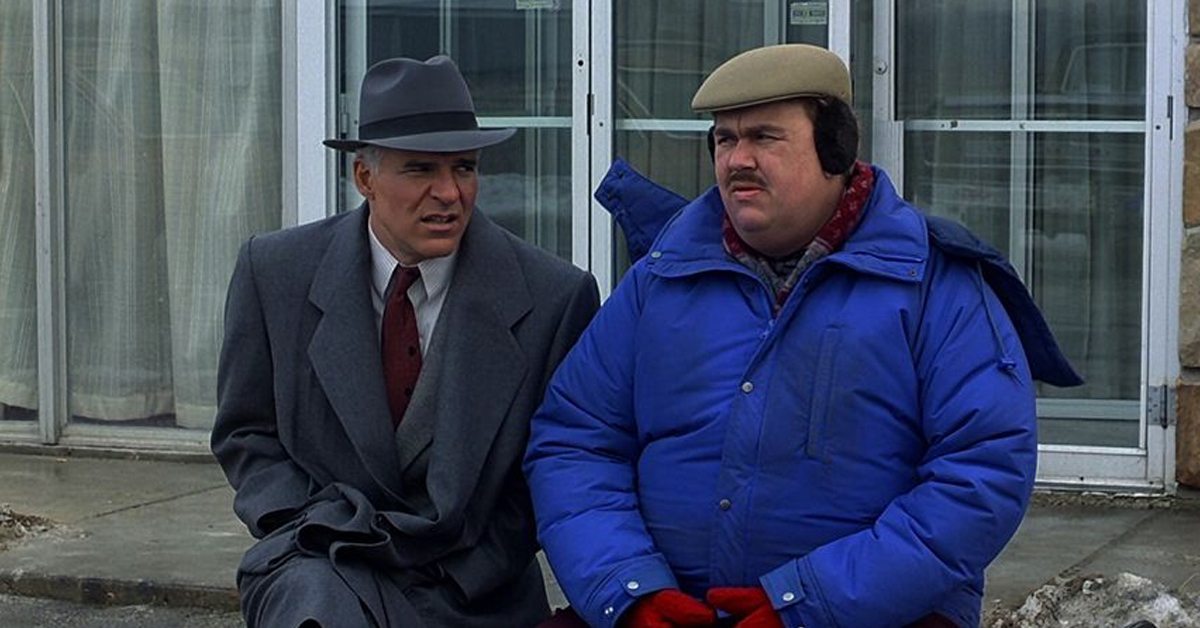 Known mainly for comedy, Candy attempted to reinvigorate his acting career by broadening his range and playing more dramatic roles. In 1991, Candy appeared in a light romantic drama, Only the Lonely, which had him as a Chicago cop torn between his overbearing mother (Maureen O’Hara) and his new girlfriend (Ally Sheedy). 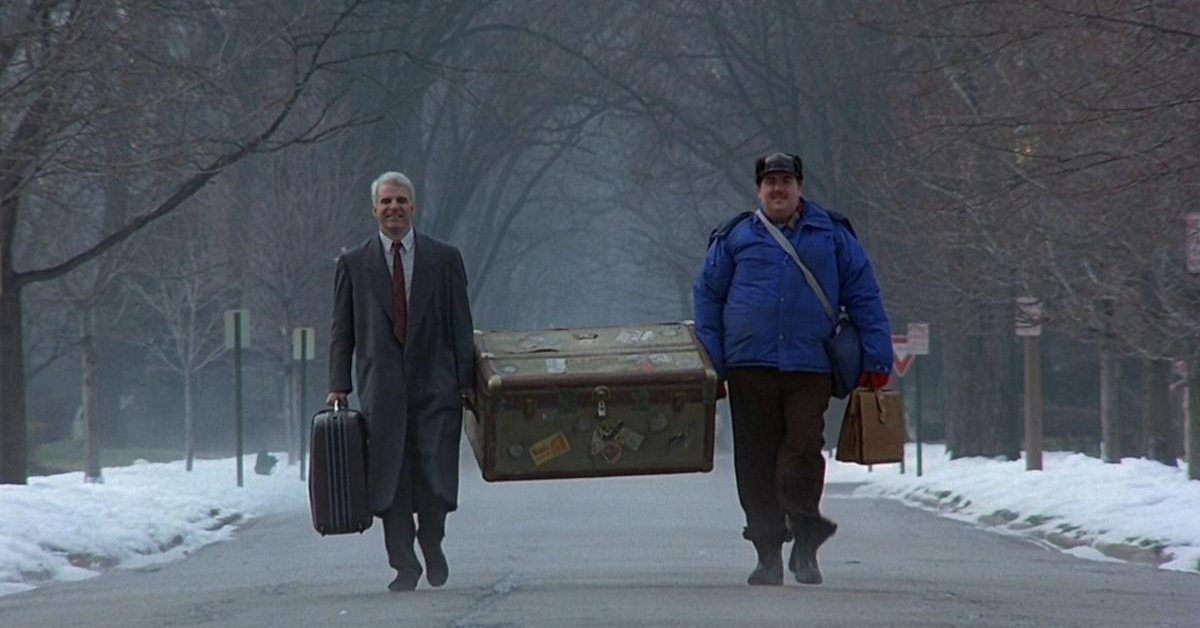 The same year and in rare form, Candy played a dramatic role as Dean Andrews Jr., a shady Southern lawyer in Oliver Stone’s JFK. He made his directorial debut in the 1994 comedy Hostage for a Day, in which he also made a cameo appearance. 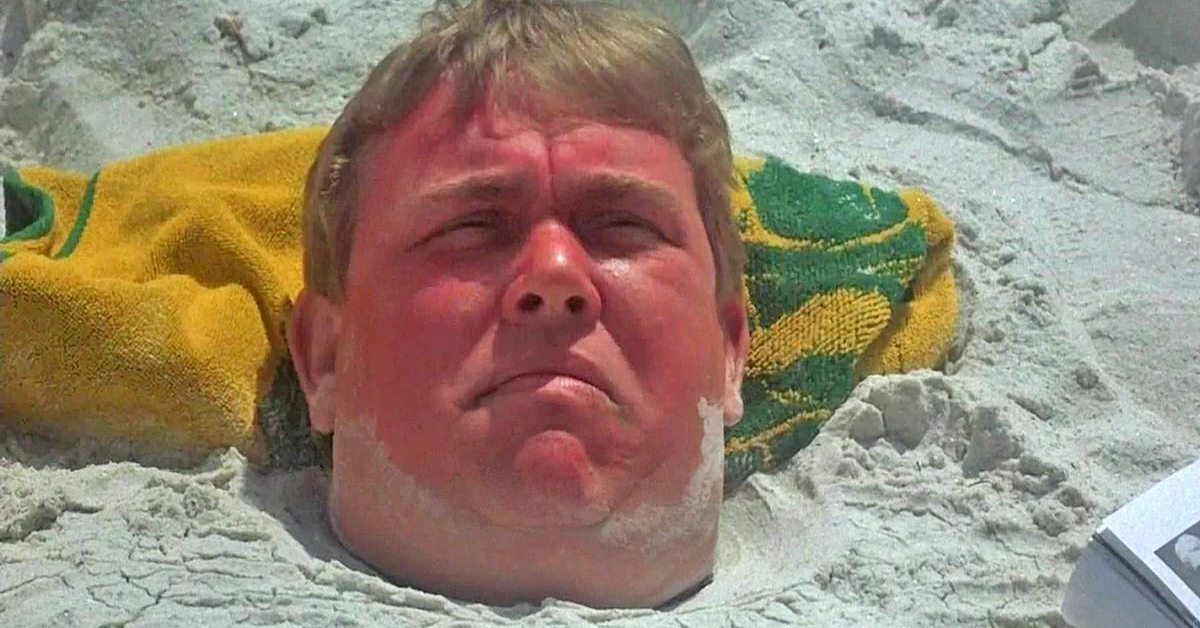 In 1994, while on vacation from filming ‘Wagons East!’ in Durango City, Mexico, Candy called his friends, including Canadian Football League commissioner Larry Smith, and told them that he had just let go of his team and was putting it up for sale. 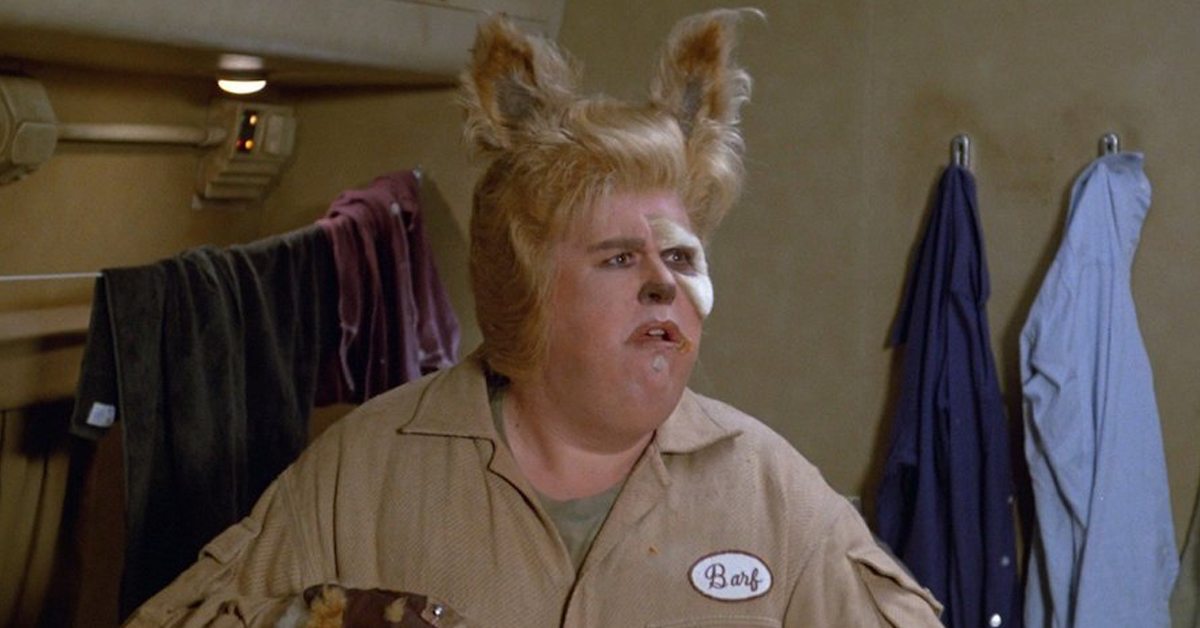 He then called his assistant, who invited Candy to play golf with him in the spring when he returned to Toronto. After cooking a late lasagna dinner for his assistants, Candy called his co-stars from his hotel, then went to sleep. Some time after midnight, on March 4, 1994, Candy was found dead from a presumed myocardial infarction even though this was unproven as no autopsy was performed. He was 43. The heavyset Candy had struggled for some years with weight-related health issues.

Candy was survived by his wife, Rosemary Hobor, and his two children, Jennifer and Christopher Candy.

The beloved actor left a world in mourning. We did a rendering of what John Candy would look like at 67 years old using FaceApp. We will never know what we would have looked like now, but this is a good try.