Sri Lanka is one of God’s most beautiful creations. The island is full of beautiful exotic wild flora and fauna and wonderful people that you start to believe that it is indeed paradise on earth. God has never held back with his creativity or generosity, which is why you see some of the most special things in Sri Lanka. 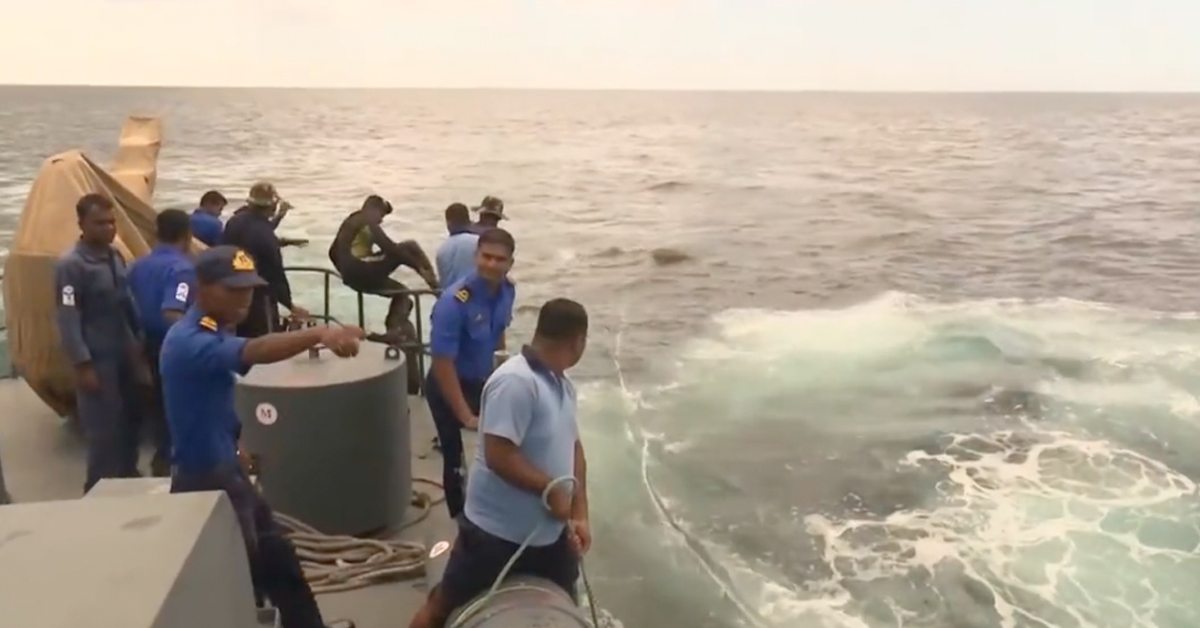 In Sri Lanka, you are surrounded by astonishing sights and scenes. But the last thing anyone is expecting to see is an elephant swimming for its life through the ocean. Yes, you read that right. On July 11, 2017, the Sri Lankan Navy were on their routine patrol when they saw an elephant struggling to stay afloat in the water.

Apparently, the large mammal was swept away almost 10 miles from the shore. Officials stated that the animal became lost in strong currents while trying to cross a small water body in the nearby nature sanctuary. An official said, “They usually wade through shallow waters or even swim across to take a shortcut.” The currents proved too strong for this pachyderm, causing the poor animal to get swept away. It was obvious the elephant couldn’t rescue itself, so the brave naval workers took matters into their own hands. 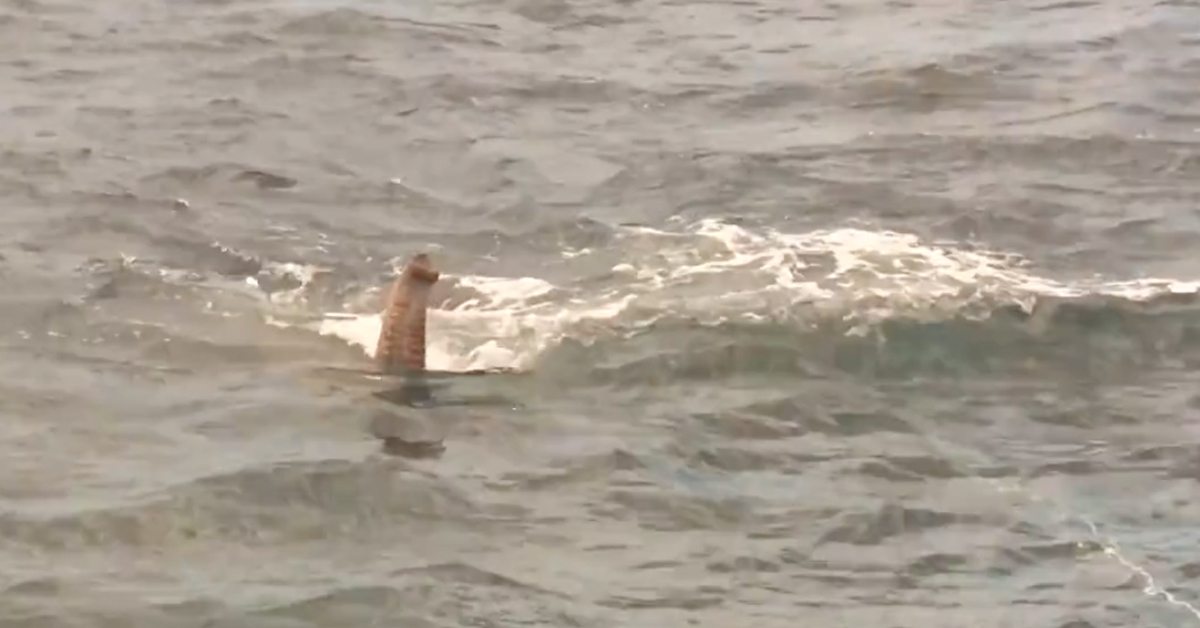 The elephant was trying very desperately to stay afloat and kept using its trunk as a snorkel to breathe. Officials donned scuba gear and dived into the water. Once the reached the poor giant, they tied ropes around it in an attempt to gain control. Even though the elephant was thrashing around in the water, it knew it was being rescued.

So it calmed down and let the professionals do their thing. One naval worker go onto the elephant’s back to help calm the animal down. With the help of the ropes, they slowly dragged the giant back to safety on the shore. Wildlife officials waited for the elephant on the shore where they inspected it for injuries. They needed to be sure the animal was healthy and unharmed so it could be released back into the wild. 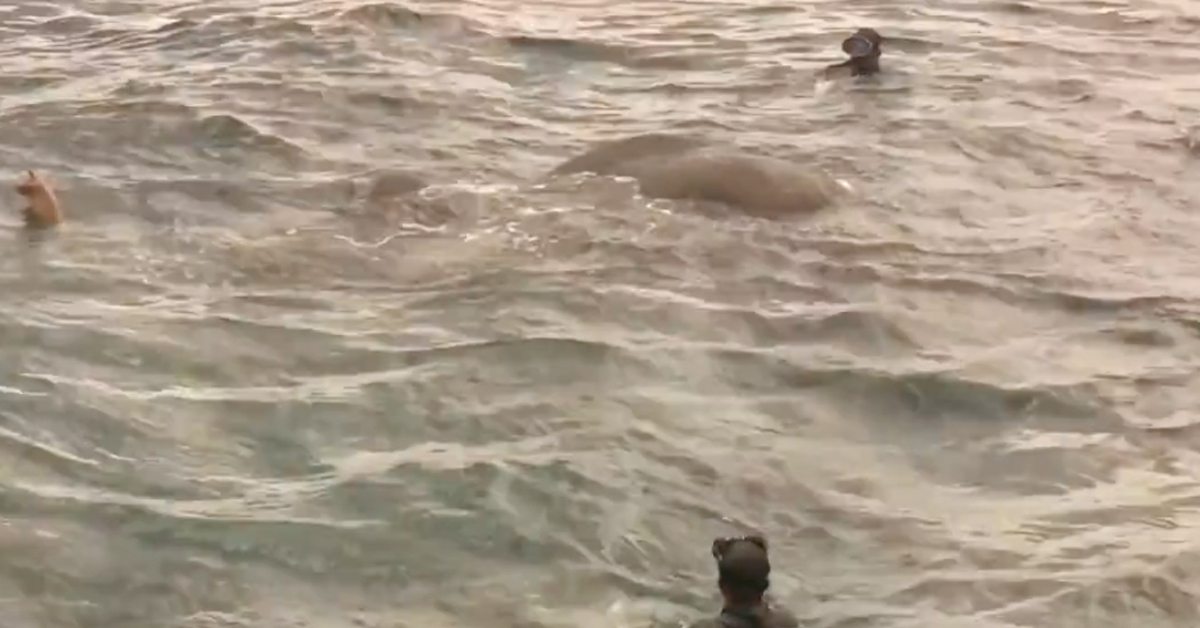 Thanks to the Navy and its incredible workers, the elephant survived to see another day. It was either the elephant’s good fortune or some kind of divine guidance that brought the Navy to that exact spot. They were on one of their routine patrols to make sure that the waters were clear of any illegal activities. No person on that ship was prepared to see an elephant this far from the shore.

If the Navy wasn’t around at the right time, the elephant wouldn’t have survived. After struggling for such a long time in the water, the animal would have tired itself out and probably drowned. Thanks to the brave Sri Lankan Navy and its commendable men, the elephant was brought back home in a single piece. Kudos to these brave men and that graceful giant for holding on for as long as it needed to.

Did you find this story fascinating? Share it with your friends and family who love elephants!

So, Can Elephants Swim?

Although this elephant was struggling in the water, most elephants are very good swimmers. Here are a few interesting facts about how well elephants can actually swim via wildanimalpark.org: 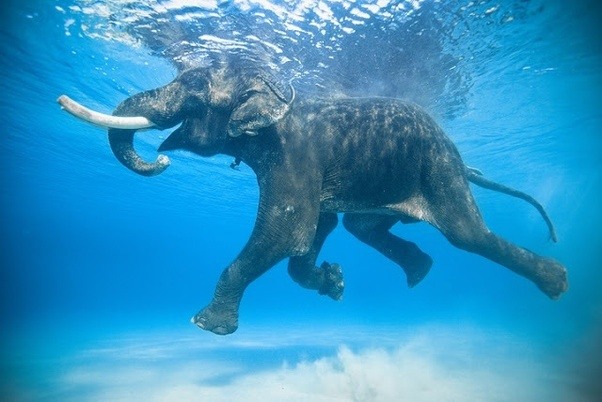 Elephants are excellent swimmers like all other mammals. The only mammals that have to learn to swim are humans and the primates. The pachyderm’s massive body, very surprisingly, gives them enough buoyancy to float easily. They swim completely submerged, with their head above the water and their mouths below, and use all four legs to paddle. The biggest advantage that elephants have above all other mammals is their trunk.

A very versatile proboscis, they use their trunk like a snorkel. This enables them to breathe normally when swimming and allows them to swim long distances. New research suggests that elephants are great at swimming because they could have evolved from mammals like the sea cow. And the reason they have trunks is because they used them as underwater snorkels! 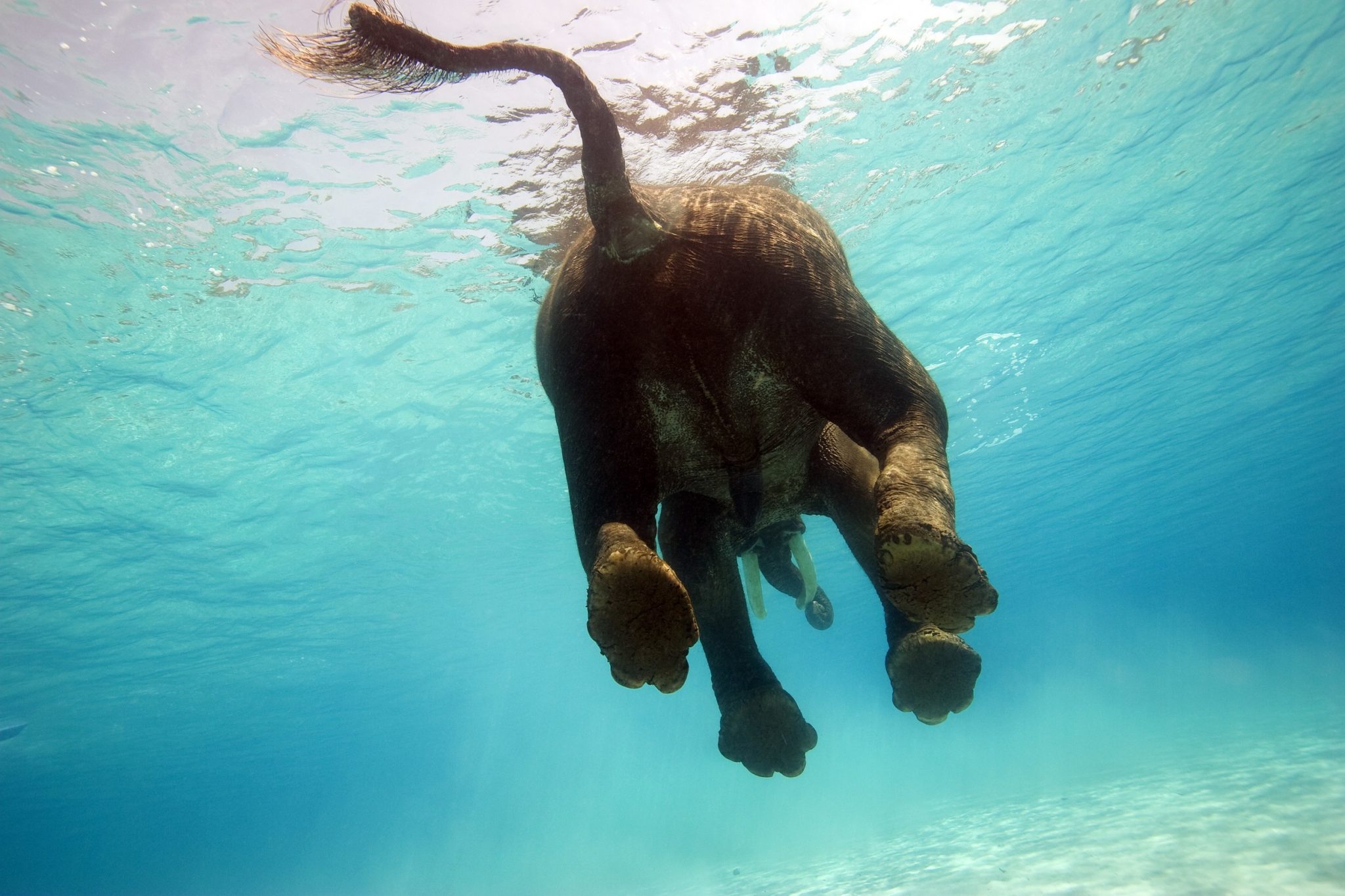 Elephants love water: Elephants love water and are great divers. You will often see an elephant sticking its trunk up for breath and disappearing underwater for a considerable amount of time. Baby elephants enjoy playing in the water. They will often try to climb on the backs of older and bigger elephants and then splash back in the water. Calves will suck water into their trunks and spray each other playfully.

Elephants also love to cool themselves by having a mud bath. They will scoop wet soil from the bottom of a lake or the river and spray it onto their body to get respite from the heat. 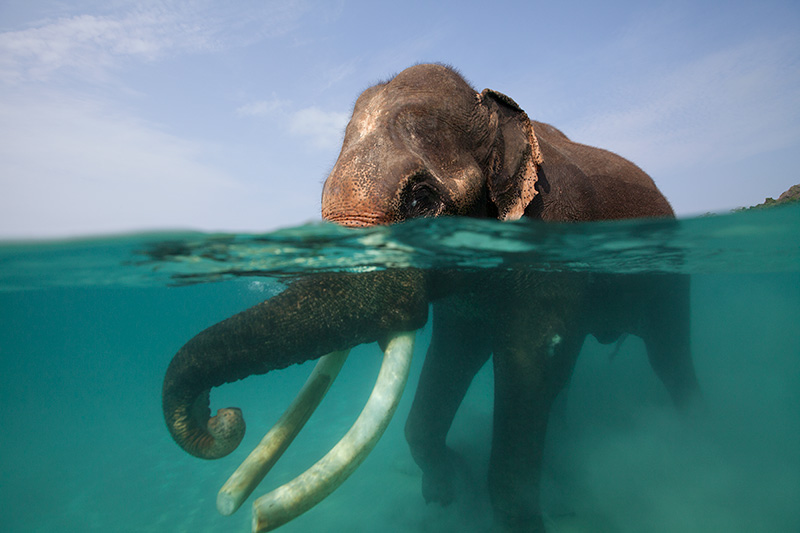 Long distance swimmers: Elephants are indeed bulky, but deceivingly so. We must remember that elephants can walk up to eighty miles a day or more in search of food and water. That means that their legs, that have to carry the weight of the body, are very muscular and strong. This, coupled with their ability to use their trunk as a snorkel allows them to swim for hours on end. They can also splay the soles of their feet to help propel their huge bulk when in water.

Elephants do not tire easily when swimming, but if they do, they will just rest in the water for some time. Because of their buoyancy, they do not drown. Elephants in Africa have been recorded to have traveled a distance of 48 kilometers across the water, as also swimming for six hours continuously. Experts believe that the elephants that live in Sri Lanka are the progeny of elephants that swam across from Southern India across the sea. What appears as the only constraint that would make an elephant seek land when swimming is hunger and thirst when in sea water. 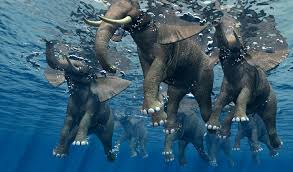 The swimming elephants of South and South East Asia: While African elephants are rarely tamed, Asian elephants across India, Thailand, and Malaysia are. The swimming ability of elephants is put to good use here. The Andaman and Nicobar islands in of India are located where the Bay of Bengal meets the Andaman Sea. The distance between these islands can sometimes be several miles.

Mahouts, or elephant caretakers use elephants to transport people, goods and haul lumber from one island to the other. The mahouts will take an expecting female elephant to an island where food is available in plenty, and stay with the female. As baby elephants cannot swim till they are four or five months old, and the mother and calf will have to stay there for the duration, the mahouts will choose the island carefully. Later the pair will swim back to the parent island. If a whole herd is to be moved across the sea, the mahouts will ride atop the biggest elephants whereby they get a ride without any effort.

When distances between islands are too long the mahouts will guide the herd towards an island in between for a rest, which can sometimes be one or two days. Elephants in Malaysia too are widely employed to transport lumber across water bodies.