Miracles don’t happen as often as we’d like, but that doesn’t stop us from believing in the Almighty and his powers. He has shown us, in many ways, of his kind, merciful nature that has led to many special stories throughout time. Many people have been blessed to have been graced by his love, just like Lorraine and her mother Emily. Here’s their story:

God Steps in not Once, but Three Times to Save this Woman from Death 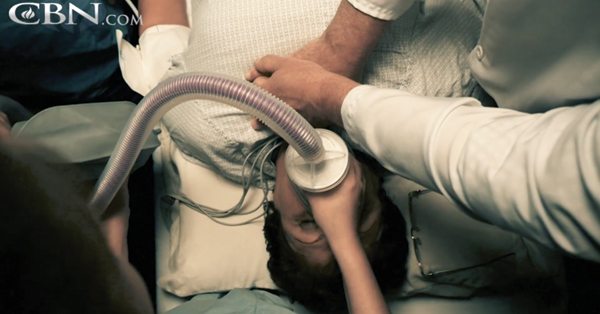 In August 2006, Emily told her daughter that she’s experiencing severe pain. Lorraine remembers her mother saying, “It’s a 10. It’s a level 10 pain. It’s very strong.” Emily told her that she had never experienced this pain before and she believes it’s coming from her heart.

Lorraine rushed her mother to the emergency room where a cardiac catheterization test was performed by the hospital staff. During the test, Emily’s heart stopped beating. After 10 minutes of struggling, doctors were able to finally revive her. She had a pulse again and was eventually stabilized. Although Emily was alive again, the results of the test revealed grim news.

A doctor approached Lorraine to give her the bad news. He told her, “It’s very serious; your mom has a torn aorta. There is nothing we can do for her. As per policy, we are going to send her to Iowa City, University of Iowa Hospital. But we know from experience there is really nothing they can do either. It’s a death sentence.” The news shook Lorraine to her very core. This was not what she’d expected and she was very afraid that she may lose her mother.

After Lorraine heard the news of her mother’s condition, she called her family to the hospital where they could pray together for Emily’s recovery. She then spent some time with her mother, afraid that she may never get to be with her again. Lorraine said, “I felt like this was the last time I was going to see her alive so as much as I could I spoke to her, told her I loved her, was able to stroke her hair, to kiss her, and that was all I could do. The level of anxiety, the level of grief was very high. At this point, there was no hope, no hope I had been given.” 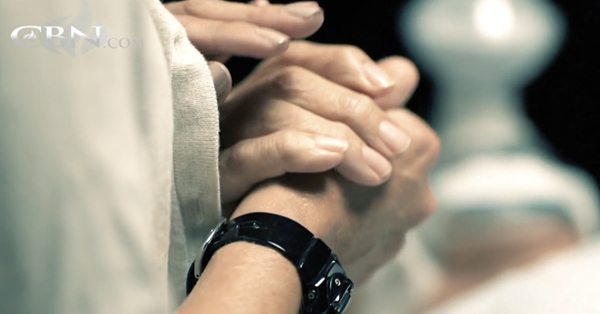 It is never easy for any child to witness the death of a parent. To lose the person who raised you, looked after you, and who loved you the most in the world is a sadness that cannot be measured. Lorraine was not prepared to let her mother go. Emily was taken to the University of Iowa hospital. When Lorraine pulled up a few minutes after, she noticed a car at the parking lot with the letters Y.H.W.H. on its license plate. YHWH is God’s intimate name, and after seeing the license plate, Lorraine says she felt a divine presence around her. She knew He was there and watching over Emily. She said, “The peace that passes all understanding that guarded my heart and mind kicked in and came over me, and from that moment on, my anxiety was gone. My hopes are eternal and my hopes are in Christ, and I knew where my mom was going no matter what. And I knew the Lord was with me no matter what.”

With faith on her side, Lorraine waited patiently as the doctors at the university hospital conducted new cauterization tests to confirm what the previous doctors had found. After extensive testing, they came to Lorraine with their findings. They said, “We’ve done all the tests that we could and there is no torn aorta.” Lorraine was shocked with the results. What was there a couple of hours ago seems to have completely vanished. She said, “Anything that came out, it was all God.”

However, Emily was not in the clear just yet. The fresh tests revealed that an artery close to her heart had a 90 percent blockage. Doctors quickly rushed Emily into surgery so they could place a stent at the site of the blockage, but when they were about to conduct the procedure, they were surprised to see that the blockage had also completely disappeared. 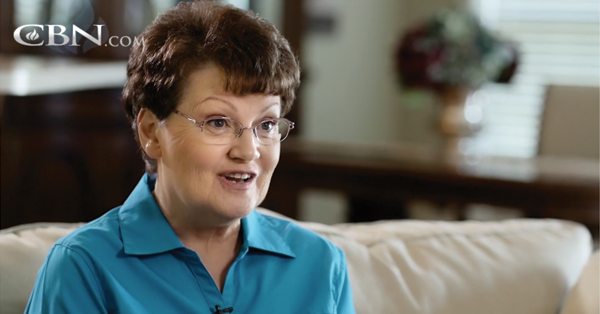 After hearing that there was indeed no blockage, Lorraine was overjoyed. She said, “Really, there was nothing the doctors could do. God was doing a healing, and so far, nothing the medical community had done for my mom, they hadn’t been able to touch her. They hadn’t been able to perform anything. Nothing man did was healing her, this was all God. He healed the torn aorta. He removed the blockage.”

Doctors, however, expressed their worries on another issue. Emily was gone for full ten minutes at the previous hospital. Doctors explained to Lorraine that they were unsure of Emily’s brain function. It was unclear if she would have complete brain function after she woke up from the surgery. Emily woke up the following morning and attempted to communicate with Lorraine through sign language. Lorraine said, “My mom was lying on her bed, fully intubated, trying to use sign language. We can’t understand her. Finally, she’s frustrated enough, so they get her a pad like a clipboard and marker, and she writes down, ‘No anterograde or retrograde amnesia. So, I said, ‘Ok, I think her brain function is there, I think she’s back.'” 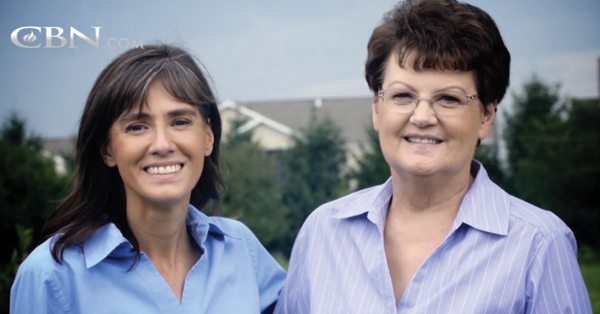 It was a miracle that Emily showed no signs of any kind of brain damage. Mother and daughter say that they only have God to thank for being able to endure the harrowing experience. Speaking of her side of the story, Emily said, “I know I was touched by God, and I think when He touches you can’t even explain it. It would have been fine with me had I gone that night, but I didn’t and the Lord had something else in store, and I felt fabulous. It was an experience that I will never forget because of the way I felt when I woke up. I just felt like I wanted to stand up and dance and scream and sing and whatever. It just felt so good.”

Today, Emily continues living a healthy life after her triple miracle. Although there are some questions regarding what happened that night, but Lorraine knows that God was with them and helped them through the experience. Of the whole thing, Lorraine said, “The joy of having her back was wonderful, but greater was the peace of having Him with us.”