When Brielle Burr’s turned 6-months old, her parents, Ryan and Candace Burr, threw her a half birthday party. Medical officials had told them that she would never make it see her first birthday. Brielle was born with a rare disorder called Beare Stevenson syndrome. Beare Stevenson syndrome is known to cause the fusing of the skull, blockage of the nasal passages, brain growth issues, and a furrowed appearance. 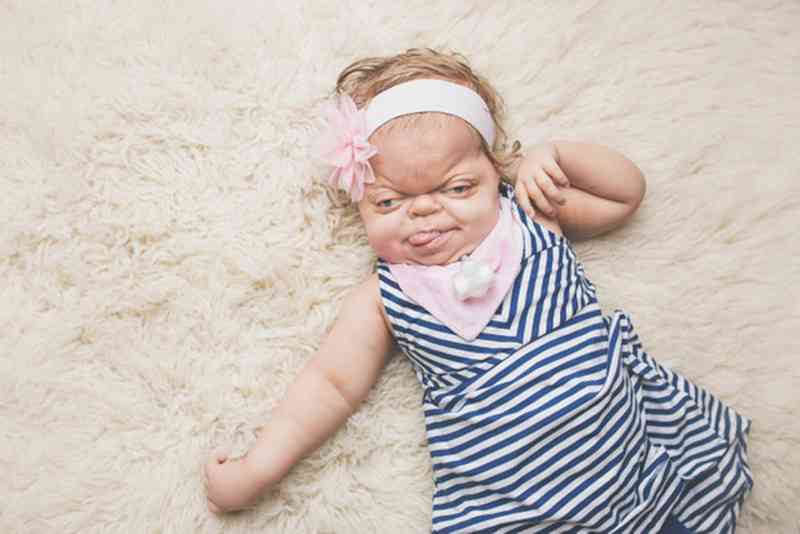 Sadly there is no cure for this disorder. Even though the Burr’s were told that Brielle would be lucky to live even several months, much less a year, she has now turned 4 years old!

“We hope to continue beating the odds,” Candace told PEOPLE magazine. “In spite of all her challenges, Brielle has shown feistiness and spirit from the very beginning. Her positive attitude helps everyone who meets her to realize that they have nothing to be negative about.”

Before Brielle was born, Candace’s ultrasound revealed that she had craniosynostosis which is a rare but correctable skull issue. Fewer than 25 people worldwide have Beare Stevenson syndrome, with most infants dying within the first few months. 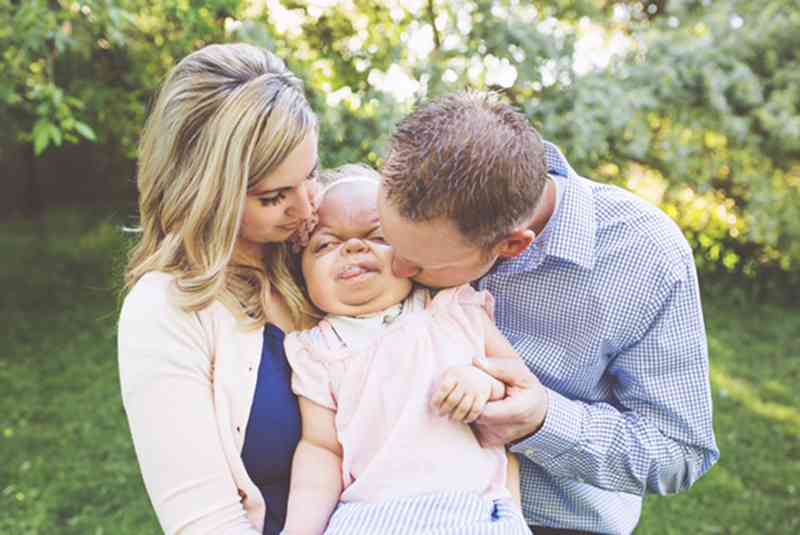 For her first three-and-a-half years, Brielle couldn’t make a single sound. Recently she has taught herself how to say ‘Mama’ and ‘Dada’ through her ventilator. “We feel like she understands quite well,” Candace explained. “It’s her body that limits her. Her intellect is there, which is remarkable considering the cranial pressure she has experienced on and off her entire life.”

Her father says that even “without saying a word, she is one of the funniest people I know.”

“I never bought Christmas presents too early and I didn’t plan a Halloween costume for Brielle too soon,” she says, “because it was difficult to think of her not being there for those things. But now, I’ve finally decided that’s just no way to live, so we absolutely plan the future with Brielle in it. She’s a fighter and we’re not going to give up on her.” 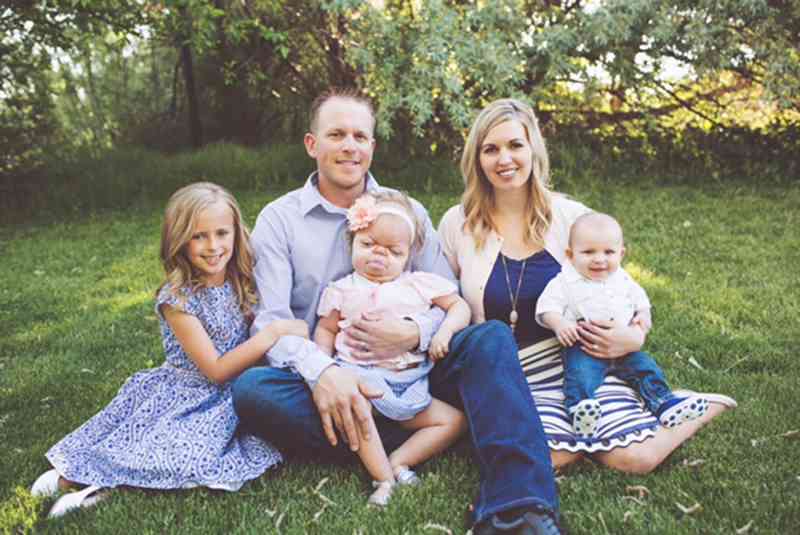 “When we first started on this journey, not a lot was known about Bear Stevenson’s,” Candace tells PEOPLE. “We couldn’t find out much about it. So it’s important for us to share what we learn along the way, while at the same time, ensuring that our daughter’s legacy will be remembered.” 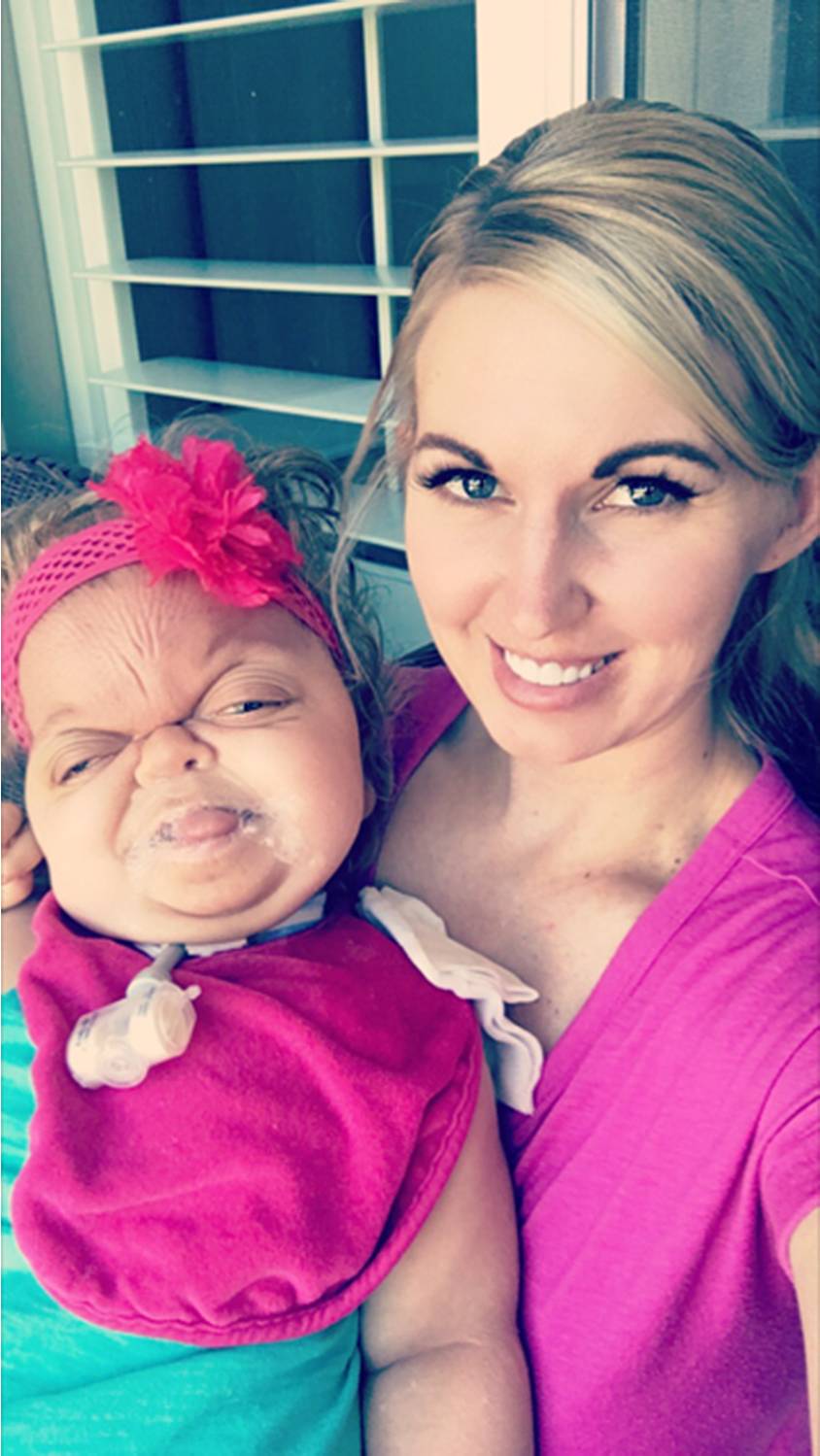 “We feel like she understands quite well — it’s her body that limits her,” she says. “Her intellect is there, which is remarkable, considering the cranial pressure she has experienced on and off her entire life.”

“Every day is a gift, but she’s 4 now, and we never thought we’d be here. Who’s to say we can’t double that this year?” 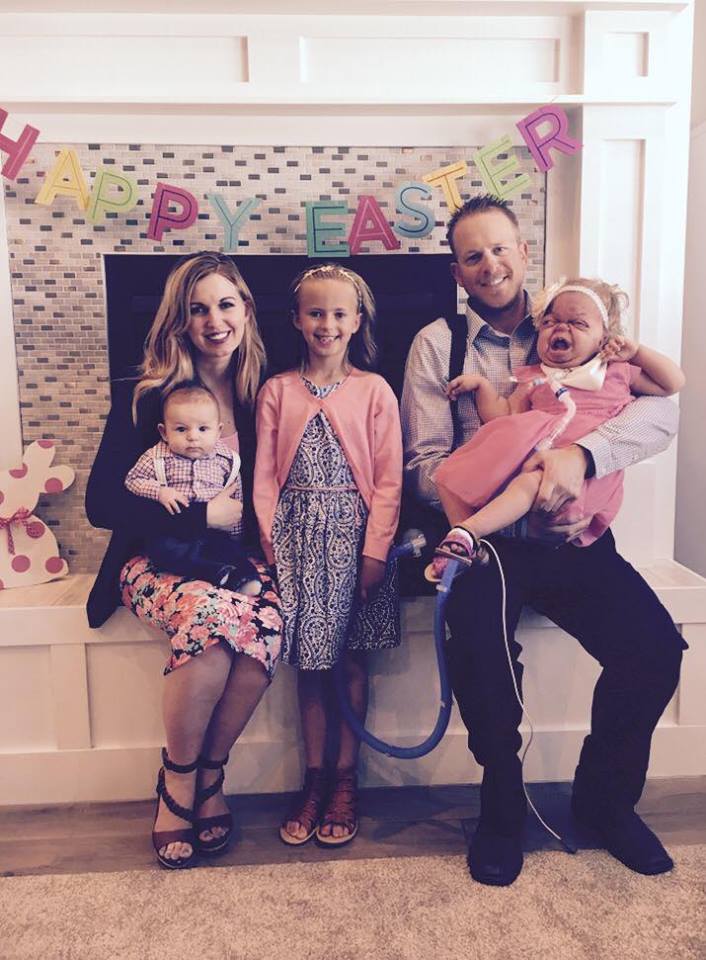