The animal kingdom is so fascinating! God has created all of these creatures in a specific way and it is quite amazing to see how animals interact with each other. Hawks are some of the best hunters in the world. These birds have eyes that are capable of spotting prey from as far as 100 feet away, and when they go into a dive, they can reach speeds of up to 150 miles per hour! So, it is no wonder that when a group of people were all gathered together for a barbecue near a river, they were quite amazed when they spotted a hawk circling the area. They watched in awe as the hawk began to dive down and swoop up a huge snake right next to them! However, nothing could have prepared the crowd for what the bird was about to do with its prey! 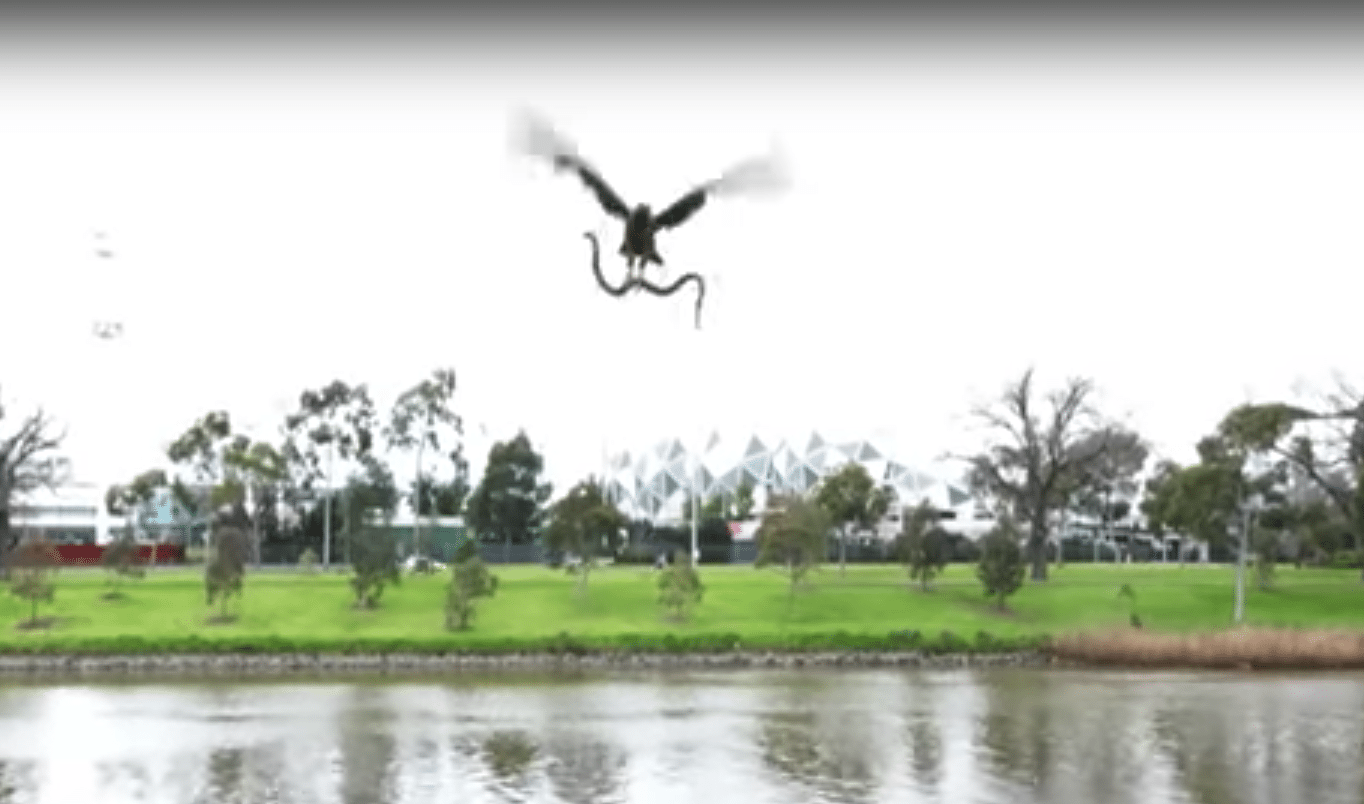 The hawk picks up the snake and then comes straight toward the group! What’s even scarier is that the hawk drops the gigantic snake right on the crowd! Now, I would have totally freaked out if this happened to me! Watch the video below to see it all happen and prepare to be amazed:

Do you know someone who would have been terrified to see this happen? Share this video with them!