Tragedies that happen in the world often have images that end up defining them: A five-year old screaming in Iraq after her parents were killed by U.S. soldiers. A starving child being stalked by a vulture during a ruthless famine in Sudan. 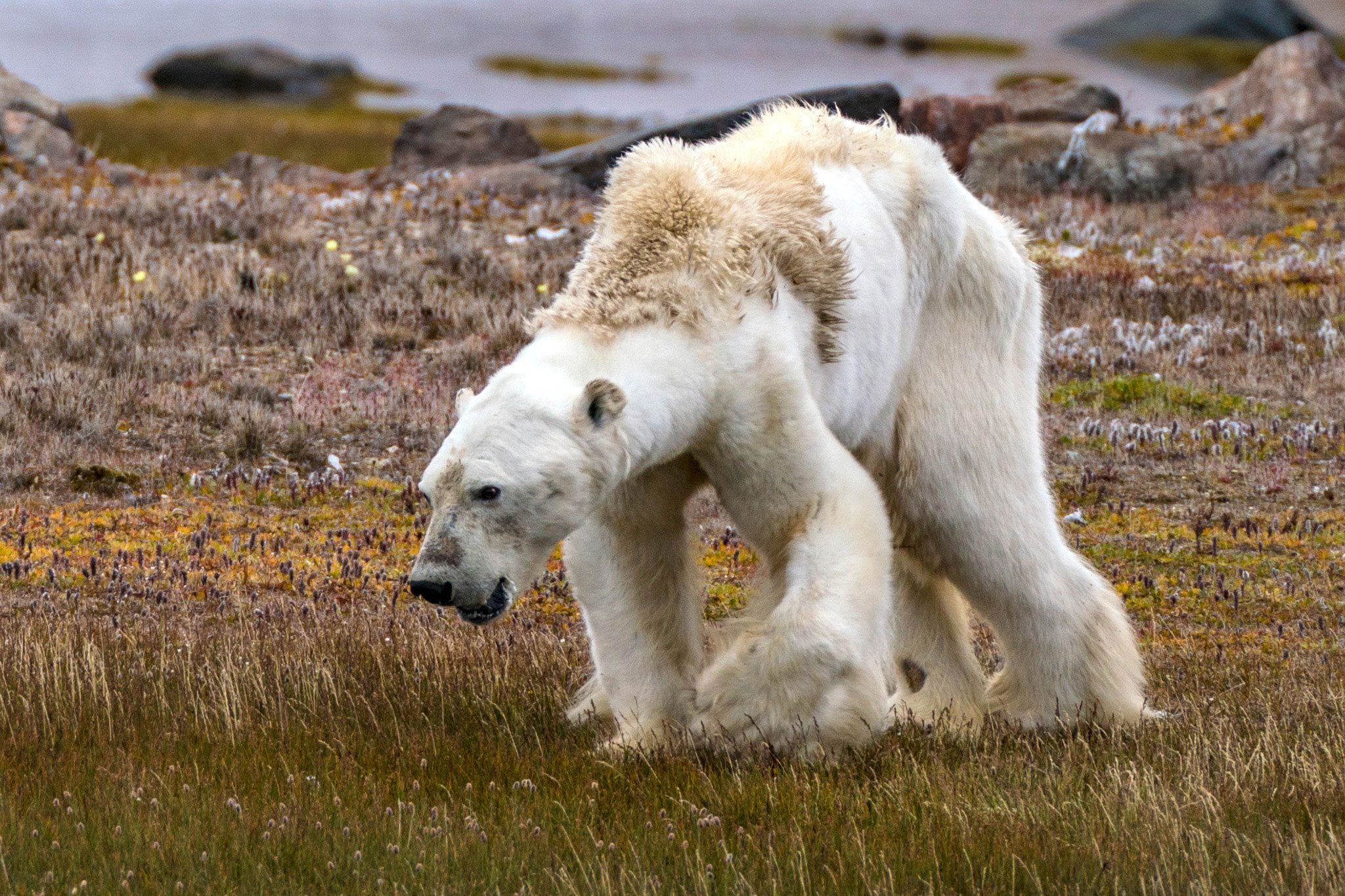 A video released a few weeks ago of an extremely emaciated polar bear has served as a similar purpose: as a rallying cry for a largely unmitigated environmental disaster.

A nature photographer for the National Geographic magazine for the last 17 years, Paul Nicklen, captured this heart-breaking video. He is also a biologist by training and the co-founder of Sea Legacy, a nonprofit that uses storytelling and images to advocate for the environment.

While on a trip for Sea Legacy, Nicklen shot the video on an island inside the Arctic Circle. It shows an emaciated polar bear with its patchy coat on the brink of death. It searches for food in a rusted garbage can and chews what Nicklen said was an old snowmobile seat.

And it struck a nerve and it also picked up news coverage from around the world.

In his caption with the video, Nicklen wrote that his team’s members were “pushing through their tears” while documenting the bear.

“It’s a soul-crushing scene that still haunts me, but I know we need to share both the beautiful and the heartbreaking if we are going to break down the walls of apathy,” he wrote. “This is what starvation looks like. The muscles atrophy. No energy. It’s a slow, painful death.”

The photo was shot on Somerset Island in the upper parts of Canada. Nicklen and his team took video of the bear from about 400 feet away. Nicklen, 49, who grew up in the region on nearby Baffin Island, said that he had never seen a bear in such poor condition before.

“We stood there crying — filming with tears rolling down our cheeks,” he told National Geographic. 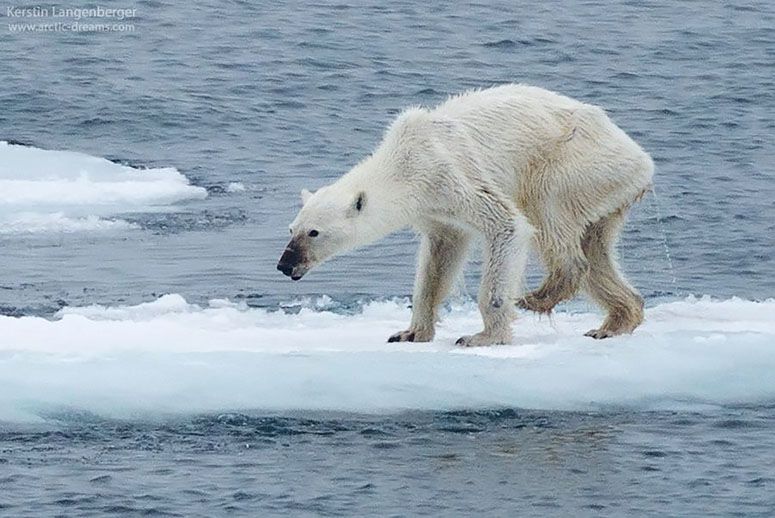 He said that the intent behind the footage, which is set over a mournful soundtrack, was not purely journalistic. The trip he took had the intention of driving home the issues of climate change with Sea Legacy. Though he said that he had no definitive proof that the bear’s condition was connected to the global phenomenon, he said he wanted to show people what a starving bear looked like and let them draw their own conclusions.

“We are a visual species,” Nicklen said in a phone interview. “He should have been a dominant bear. Why he was dying, I don’t know.”

This wasn’t the first time that a shot like this was depicted. A shot of another emaciated polar bear taken by a photographer in 2015 raised similar questions.

Due to the climate change which causes the loss of habitat from melting sea ice, polar bears face an existential threat. The populations of some 25,000 polar bears in 19 locations worldwide are predicted to decline by as much as one third in the coming years. Polar bears face an increased threat of starvation as their hunting and breeding grounds shrink.

Polar bears have become the poster animal for climate change more than any other animal. Studies and government agencies continue to warn that climate change could make polar bears extinct by 2050.

A paper published in July said that the higher global temperatures go, the more likely polar bears are to interact with humans — and possibly attack and eat them.

Donald Moore, the director of Oregon Zoo, a senior science adviser to Smithsonian National Zoo and an expert on polar bears, said he couldn’t tell much more about the bear’s age or condition from the video except its extreme skinniness. But he said that starvation was one of the results of the polar bear’s loss of icy habitats.

“These polar bears should be riding ice somewhere,” he said. “We have seen more and more very thin polar bears in the Arctic in recent years as climate change increases in intensity and opens up more water.”

He said that the population of polar bears in the wild has declined about 20 percent over the last decade or so. Bears need an immense amount of food, he said, about an average of a seal a week.

Nicklen said that while most people were supportive of the photo, a small percentage had been offended that he had not taken more action by feeding the bear, trying to save it or putting it out of its apparent misery.

“It’s not like we travel around with 200-300 of pounds of seal meat when we’re walking around in the Arctic,” Nicklen said. “We knew it was going to be gut wrenching and intense and horrible.”