There are so many different scams and schemes out there that put us in danger. The best way we can protect ourselves and the ones we love is to stay informed about these schemes and know what to do if we are ever targeted by criminals. One woman from Rock Hill, Soth Carolina is using social media to warn people about an incident her friend was involved.

It all happened one night as the woman was sitting in her car and two men parked their car directly in front of her and turned their high beams on. She was blinded by the bright light and the two men immediately jumped out of their car and attempted to pry open the doors of her car. Thankfully, the woman was able to realize what was going on and speed off. However, the woman was so terrified after the incident that she had to leave the state to stay with family. 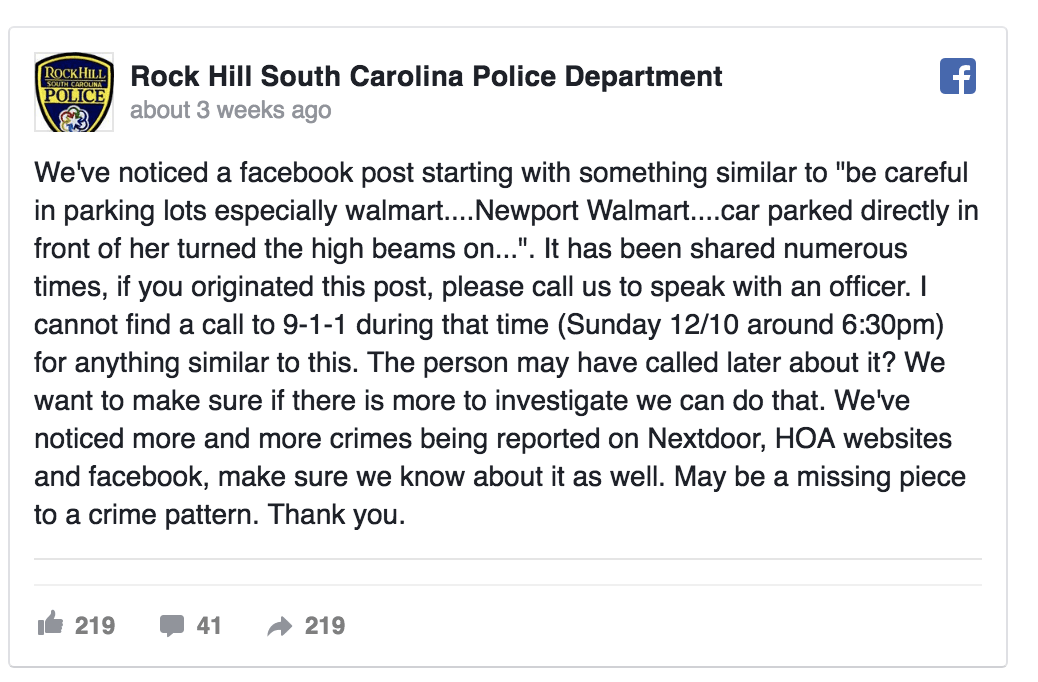 “Someone turned on their high beams and she looked up and she can’t really see anything. She asked her identity to remain protected for her safety,” the victim’s friend said. “And then of a sudden, she heard two men on both sides of her car, the passenger and the driver side. As she was pulling away they were still trying to get in her car they were wearing hoodies and they had the hoodie part down past their eyes. Thankfully she locked her doors. It was just too close to home and I wanted people to be aware. Who knows what would’ve happened if they had gotten her car and she didn’t lock the doors?” 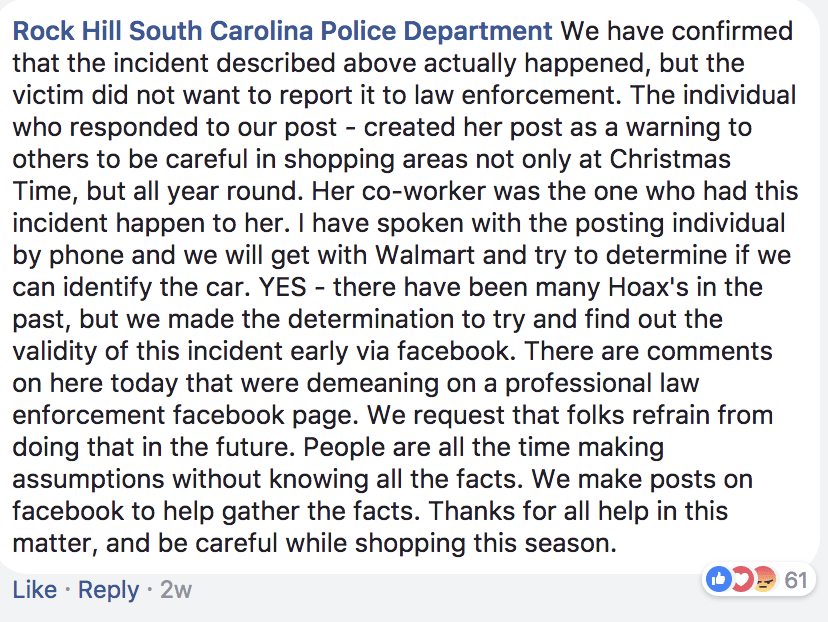 The scared woman decided not to call the police, but the Rock Hill South Carolina Police Department ended up hearing about the viral post and began an investigation. Rock Hill Police Officer Mark Bollinger said that it’s likely these men were trying to get the woman out of her car. Bollinger also advised the public to be cautious and avoid sitting in their cars too long, especially if they are on their phone or distracted. Bollinger also said the public should call the police right away if they feel threatened. “If you ever feel like you’re in an unsafe situation, don’t think you’re bothering us. That’s what we’re here for, we’re here to help,” Bollinger said. “Stay in your car and call us or leave that spot. If the car starts to follow you, go to the nearest police agency.” Learn more about this warning in the video below:

Share this story to help spread the warning and keep your friends safe!