Who said only humans have emotions? Animals have them too, especially dogs. More often than not, we talk about children and women being abused around the world. But what about animals? They too are undeservingly subjected to human atrocity. Abused animals, just like abused children, are scared for their lives. It can crush them emotionally and render them incapable of trusting anybody. But the power of faith keeps them going, even when they find themselves in the middle of nowhere. 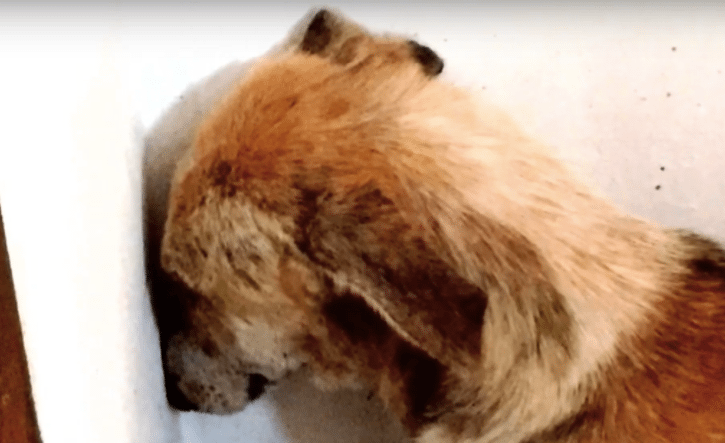 The story of a dog named Angel illuminates the light of faith to remove the darkness of abuse. Angel was rescued in Ireland by PAWS Animal Rescue after she was found sitting and staring at the wall, terrified. Her rescuers were clear about the fact that she has suffered abuse at the hands of her owner. The trust between an owner and a dog usually lasts a lifetime, until abuse breaches this trust. Once the trust is broken, dogs can never regain it. This is what Angel is going through. She was abused so much that it left her a tough trauma, which made it difficult for her to even look at her rescuers. Her rescuers did everything to encourage her, but she wouldn’t move away from the wall. Veterinarians at PAWS Animal Rescue said that Angel suffered from severe nervousness. All she needed was love and care, which she was deprived of earlier by her previous owner. Angel is now recovering from her trauma and regaining her trust in humans again. She made friends with other dogs in no time and leading a happy life. She’s truly a sweetheart to all of us.

Share this story and remind others to be kind to animals!