It’s not always easy raising a child who has special needs, but it’s well worth it! Children with Down Syndrome bring so much light and joy into the lives of those around them, and we just love them so much!

March 21 is World Down Syndrome Day, so to prepare for this special day, 50 mothers decided to do something quite extraordinary! The 50 moms and their children, who have Down syndrome, took part in a moving ‘Carpool Karaoke’ video to raise awareness about Down Syndrome and celebrate their beautiful children! In this sweet video, the moms and their children can be seen lip-syncing and using signs to sing the song “A Thousand Years” by Christina Perri. And even Perri took notice of the video, turning to Twitter to support and praise the video. The singer said she is “honored” that these sweet families chose her song for the video. 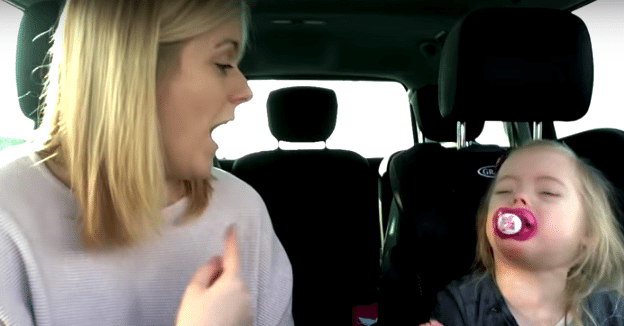 And that’s not the only celebrity who took notice. The late-night TV host James Corden, who is famous for his “Carpool Karaoke” segments, also went on Twitter and called the video “the most beautiful Carpool Karaoke ever.”  The mothers who made the video are part of a Facebook group that is called “Designer Genes” and the group was created for parents who have a child with Down syndrome. The group aims to raise awareness about the vital role people with Down syndrome play in society. Watch their sweet video below:

Share this story to help celebrate World Down Syndrome Day!